Vanishing Point’s 2009 hit explores gaze: who sees what and how they interpret it. It cleverly casts the audience as voyeurs watching events in a family home unfold behind a glass screen with the sound turned off. It should benefit from having the run of the expansive Barbican stage and from the fact that in this new iteration there is an opportunity for more diverse casting which also changes how we look and see. It takes its inspiration from Maurice Maeterlinck's 1891 symbolist play Interior, in which a family gathering is interrupted with news of a daughter's death, But while what we see and is said never seems profound, one of the extraordinary beauties of this piece is the way it finds the profound in the everyday. 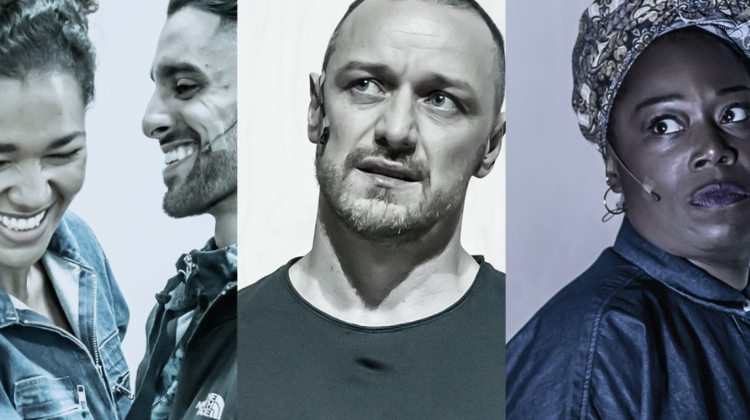 If you missed this last time when it was in the West End pre-pandemic, then make sure you are not the loser this time round. Martin Crimp’s new rap-inspired version is genuinely inspired as it retells the story of the soldier poet with the huge hooter. Only here he doesn’t have one. It’s not just the script that seems so fresh but a production that strips everything back to the bone and in the process not only makes Edmond Rostand’s much revived theatrical chestnut seem new-minted, but which also makes it sharply contemporary and finds psychological truths buried under the comedy. James McAvoy is just dazzling as the love-bedazzled man who thinks himself too ugly to be loved.

A trio of physical theatre legends--Kathryn Hunter, Marcello Magni and Toby Sedgwick-- star in Omar Elerian’s revival of Eugene Ionesco’s absurdist comic-tragedy about an elderly couple living in a tall tower quite alone, but who talk about the people they have known and start to add empty chairs for these unseen characters. The play was written in 1952 after the tragedy of WW2 but I hope and suspect that this revival will seem extraordinarily contemporary, speaking to our own siloed and ivory tower mindset even as humanity stares the galloping catastrophes of its own making in the face.