We all think we are special. We all want to be unique. But, in fact, we all share over 99 per cent of our genes. And how would we feel if instead being special, we discovered that we were just one of “a number”. That’s the premise of Caryl Churchill’s wonderful play, revived by Lyndsey Turner and starring Lennie James as the father and Paapa Essiedu as the sons—all called Bernard—who discover that they are not unique. At first sight you might think this is a play about the ethics of cloning, but its interrogations of morality and selfhood are myriad, as it delicately, sometimes waspishly and always compassionately considers identity, parenting and what it is that makes us really us. 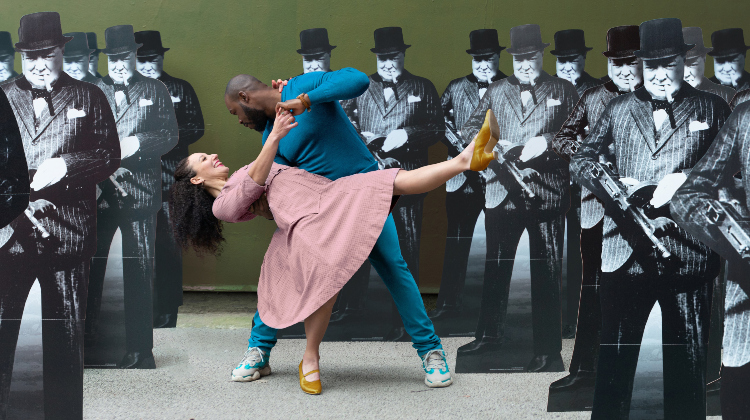 I only discovered recently that Kandinsky are not as I had assumed named after the Russian abstract artist, but rather after a cat. Well, this is a theatre company that is often the cat’s whiskers. Director and producer/dramaturg partnership James Yeatman and Lauren Mooney have an eye for the quirky, the surprising and the off-kilter. Every show is a surprise, ranging in subject matter from dinosaurs to council housing, but always boasting a strong and distinct theatrical language and underpinned by a rare thoughtfulness. This latest goes back in time to consider the impact of WW2 and its legacy on the intergenerational divides which have manifested themselves in Brexit and during the pandemic.

You might not expect a circus show to take its inspiration from William Golding’s Lord of the Flies, but it’s the case with Kin, the 2016 hit from Barely Methodical, a young UK circus troupe who are rewriting the circus rules. Considering an isolated group of people living in a situation where there are no established rules and laws to protect people from each other, it’s show which is both beautiful, funny and very sad. It shows how pecking orders are established and how people jostle for status, get excluded, but also establish ways of working together despite their differences.

Cover image of Lennie James in rehearsals for A Number. Photo by Manuel Harlan .