What do you see?

You’ll probably remember Jean-Daniel Brousse from the brilliant Edinburgh acrobatic hit, Knot, which he made with Nikki Rummer, and also from Superfan’s award-winning Nosedive in The Pit. Here he returns to his childhood in rural France where he was born into a family that for four generations had been bakers. Brousse was expected to join the family business but instead he ran away to join the circus. But now he joins forces with director Ursula Martinez to create a solo show in which he bakes bread on stage as he charts what it was like to grow up queer in provincial France. 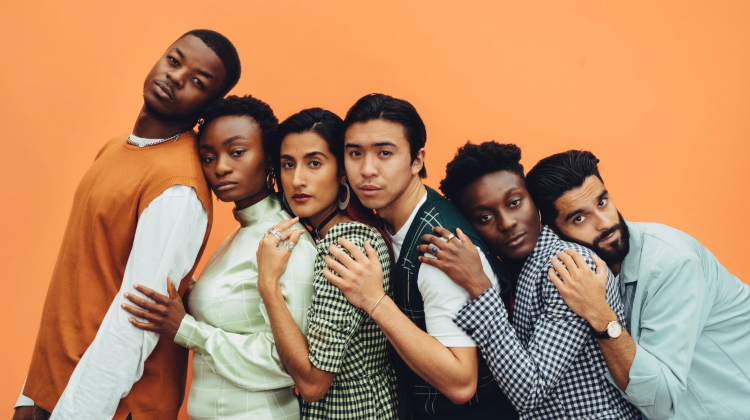 What Do You See? (Shoreditch Town Hall)

First impressions count, eh? That’s what they say, so why do some people remain invisible? In any case are first impressions always right or are they influenced by prejudice and societal expectations? All those questions are put under the microscope by the energising and ever thoughtful The PappyShow who follow up the excellent Boys with a new piece created by a 12 strong cast and 27 creatives who represent intersectional identities in the UK today. A philosophical and physical celebration of different communities that puts them centre stage and make us really look and see them.

The latest from Alistair McDowall—whose sci-fi drama X was a thrill in Sloane Square and whose creepy Pomona has become as much a cult as Sarah Kane’s Blasted -- has been a long time coming, but should prove worth the wait. Director Vicky Featherstone has assembled a cracking cast --- Fisayo Akinade, Rakie Ayola, Tadhg Murphy and Ria Zmitrowicz—for story that begins in an asylum in 1863 where a nameless female amnesiac is selected to be a medium’s new assistant. What could possibly go wrong?

Cover image from (le) Pain at The Place.