Crying in the Wilderness Productions
Company

Yep, I know the arts pages in the media are all about the Colin Firth movie arriving this spring, but the brilliant SpitLip got there first (well actually Cardboard Citizens did a great immersive version way back in 2009) with this very witty, oddly moving and totally ingenious musical version of the story of how of a top-secret WW2 operation tricked Hitler into believing that British troops were going to invade Sardinia. It’s a got a very sly eye for the British class system and gender inequalities. Back at the start of 2021 I bet my entire stash of Jammy Dodgers that this show would be back and now it is with a six- week run. Good for my biscuit tin; better still for those who missed out on this gem of a musical last time round. 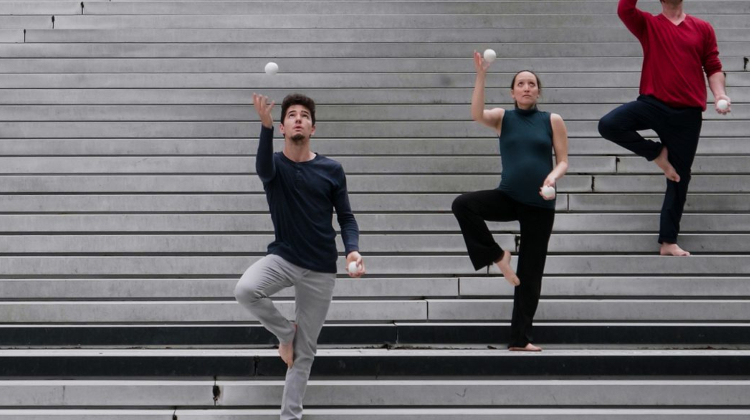 Look, I know some of you will doubt that juggling is art, but you can only hold that view if you have never seen the theatre made by Gandini Juggling, a company which has smashed all those false distinctions between circus, dance and theatre. The company’s Smashed! offered a delicious and endlessly witty love letter to the great, late Pina Bausch. Now they return with a new missive in time and space inspired by the work of another great choreographer: Merce Cunningham. This is a company with more balls than many theatre-makers. See them and wonder; not just at their skill but the beauty of their theatrical imagination.

New Young Vic associate company, Crying in the Wilderness, have had work seen at a number of venues including the Bush, the Arcola and the Blue Elephant. But it’s good to see the company’s delayed Young Vic debut in Paul Anthony Morris’ story about a man conducting a review of his life based on old diary entries and wondering about his achievements. Has society stopped him from accomplishing all he might? But does he bear responsibility too? Has he been sabotaging his own well-being? A journey to self-acceptance performed by Anthony Ofoegbu.