A Tale of Two Cities

Jeff James originally adapted and directed Jane Austen’s Persuasion for the Royal Exchange in 2017 and now London finally gets to see a wonderfully inventive reimagining that comes with a soundtrack that ranges from Nicki Minaj to Frank Ocean. Does it wreck violence upon the original novel? Like all adaptations yes, of course, it does. But it also brings new insights too and makes Austen’s original feel fresh and contemporary and also emotionally true. It’s quite a ride, and an enormously rewarding one. I very much hope the Lyme Regis bikini foam party remains intact. I loved this show in Manchester and imagine it will still land with the shock of the new. 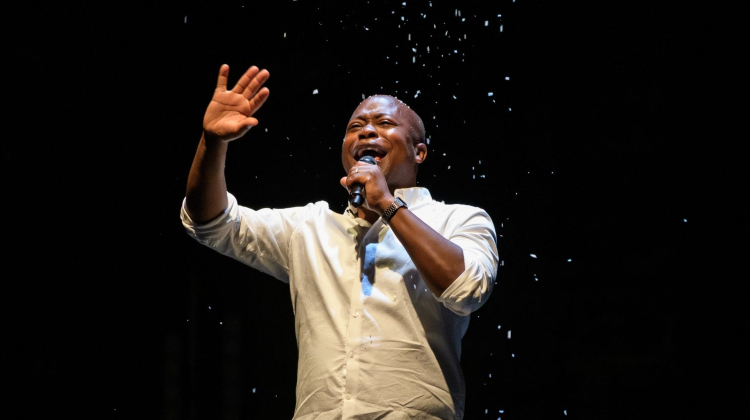 Mugabe, My Dad and Me (Brixton House)

It is good to see a new theatre opening in London and the arrival of Brixton House is real cause for celebration. It replaces with a brand new building in a new location on Coldharbour Lane the venue originally situated at the Oval and called Oval House. That venue had a long and very illustrious history of radical theatre work and community and educational work. It is a lot for Brixton House to live up to but under artistic director Gbolahan Obisesan it is making a good start with Tonderai Munyevu’s personal story about the rise and fall of the African dictator. There is lots more this week to like including Tangled Feet’s children’s show, Butterflies. Plenty to look forward to as well including Heather Agyepong’s The Body Remembers, and Swiss Selection Live (featuring Black Off, Here & Now and Binaural views of Switzerland), a chance to see work from some of Switzerland’s most dynamic theatre-makers. Check it out.

A Tale of Two Cities (The Place)

We all wonder about our family and whether the histories we have been told are true. What has been left out and what has been embellished? Lost Dog’s dance theatre take on Dickens explores that urge to find out through the daughter of Lucy Manette, one of the characters in Dickens’ 1859 novel. which is set against the background of the French Revolution and a family caught up in the maelstrom. If you reckon Dickens on stage is a tall order, just remember that this dance theatre piece is made by the company who under director Ben Duke made brilliant theatre inspired by Paradise Lost and whose Juliet and Romeo was a whiplash smart subversion of Shakespeare’s famous play and its sexual politics.