Regeneration and gentrification seem to follow each other as surely as night follows day. Who are the winners and losers? Who gets pushed out and who gets to stay? Those questions are at the heart of Tyrell Williams’ play set around a South London football pitch which has been a second home for three life-long friends growing up. But the place is changing, and the old haunts and flats are being demolished. Is there still a place where Omz, Bilal and Joey can feel that they belong and where their dreams can be acknowledged? Daniel Bailey directs a coming-of-age story about the challenges of change for communities in London. 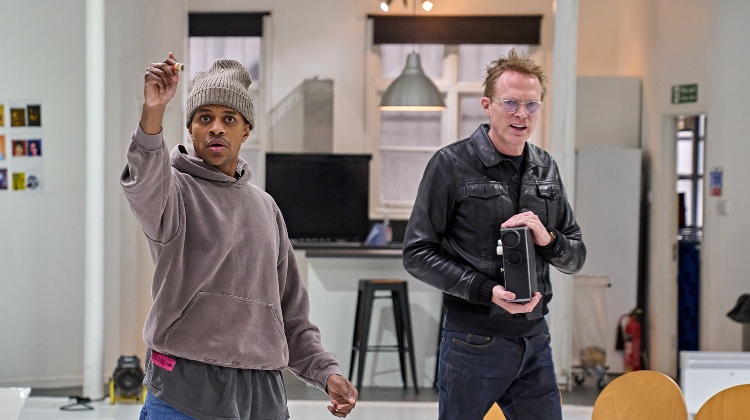 The Young Vic’s last main stage show, The Best of Enemies, put familiar figures from the past on stage, and it is sticking to a winning formula with this new play in which Paul Bettany and Jeremy Pope play two of the 20th century’s towering artistic figures: Andy Warhol and Jean-Michel Basquiat. Anthony McCarten’s play takes us back to New York in the mid 1980s where Warhol is in decline and Basquiat is a rising star. When the two decide to collaborate, will it be a triumph or end in tears, and are they in competition or a real collaboration based on love and respect?

Alecky Blythe’s unique verbatim techniques were last seen at the National Theatre in the improbable but wonderful musical, London Road, based on testimony from Ipswich residents dealing with the aftermath of the murders of five women in their neighbourhood.

Now she returns in a co-production with Chichester Festival Theatre to chart the lives of 12 young people talking about their lives as they leave childhood behind and face adulthood. Blythe always describes her work as “a painting of people, not a photograph,” and just as in all great paintings, her work at its best captures something secret and true about individuals and their lives.