Lyn Gardner
19 Dec 2022
What's caught the attention of our resident critic for Christmas this week?

Hannah Khalil has pretty well taken over the Globe this Christmas. Her play Hakawatis: Women of the Arabian Nights sets the Sam Wanamaker indoor space aglow with a show which celebrates both storytelling and the resilience of women. Meanwhile family audiences should wrap up very warm for the main house space with its open roof which has become a forest for the return of Khalil’s family Christmas tree. It's the story of the little fir tree growing in the forest who longs to be bigger and more beautiful and be chosen to be one of the fir trees who are decked with gilded apples, sweetmeats and hundreds of bright candles at Christmas time. What he fails to realise is it will eventually be the death of him. Hans Christian Andersen’s story gets an enchanting makeover. 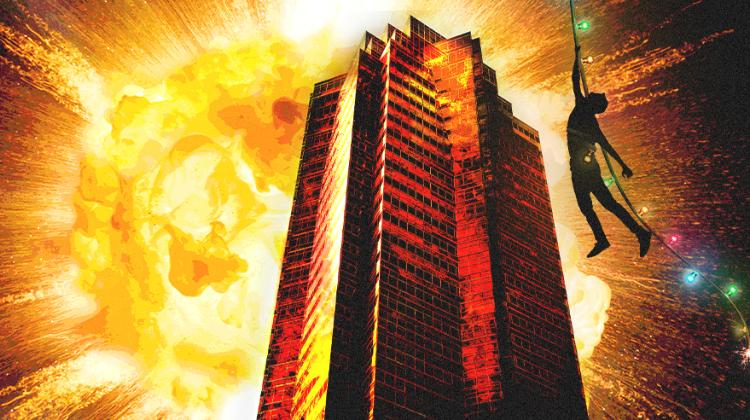 An homage to Die Hard written in rhyme. You couldn’t make it up. But the ever inventive Richard Marsh (you will recall he co-wrote and starred in Dirty Great Love Story with Katie Bonna) has done just that. In this performance, he plays both the characters in the movie and a couple bonding over their love of the movie, one in which Bruce Willis’ New York cop finds himself on Xmas Eve as he tries to reconcile with his estranged wife in the thick of a plot, led by Alan Rickman’s terrorist Hans Gruber. It was admired in Edinburgh and this canny and affectionate spoof is very neatly done and it is a smart piece of programming by the King’s Head.

A gorgeous, gothic take on the traditional fairy tale, it’s 10 years since this glitteringly dark version first awoke and it offers a delicious Christmas treat for adults and older members of the family. Those with younger children may want to head to Sadler’s Wells’ sister theatre, the Peacock, where The Snowman continues to spread a frosting of happiness in a dance version which always delights. If you have children but don’t want to leave the house Sadler’s Wells also have a previous Christmas hit, The Little Matchgirl, available for rent.