All of Us (Dorfman)

Originally due to open in March 2020, Francesca Martinez’s play, directed by Ian Rickson, finally gets to take up space at the National Theatre. Martinez, who was born with cerebral palsy, is best known for her stand-up work and has been a trail blazer. This play focuses on Jess (played by Martinez), a woman who has fought hard to make the life she wants for herself. When she finds it is threatened decides to fight back. Rewritten to embrace the impact of Covid on disabled people, the play reminds of the impact of austerity on daily lives and the ease with which we accept that as normal. 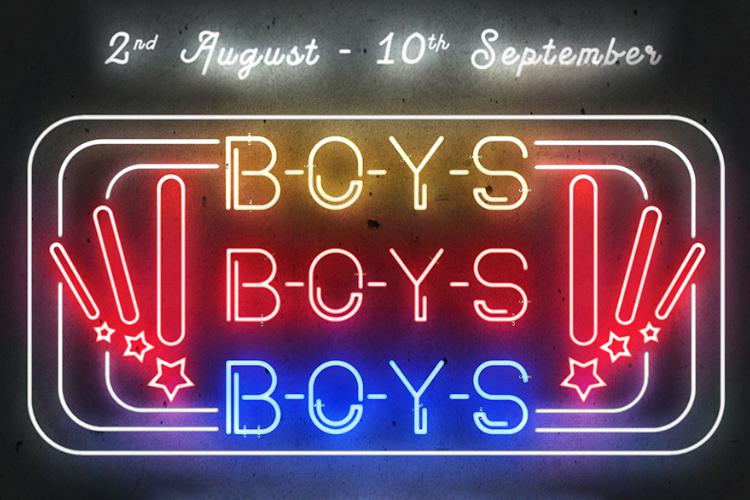 There was a time when the King’s Head seemed pretty focussed on the male gay experience. So, to see a season entitled Boys! Boys! Boys! might suggest a return to past times. But the King’s Head artistic director has been broadening the palette in many ways and that includes this season where every single play is produced or directed by women. There are five plays over the season kicking off with Jarman. This dramatic recreation of the life of the film-maker Derek Jarman is directed by the multi-talented Sarah-Louise Young. whose show The Silent Treatment will be at the Edinburgh fringe this summer. Christopher Wollaton’s Brawn, about men’s body image and mental health, returns to the King’s Head after a sell out season in 2019, Quentin Crisp is celebrated in Quentin Crisp: Naked Hope, a young man questions his future after a one night stand in Bi Bi Baileigh and Mediocre White Male explores male fragility and anger in a changing world.

The glorious Hackney Empire is more associated with pantomime than opera, but last year it successfully hosted Die Walkure as part of the Arcola Theatre’s Grimeborn festival and this year it completes Richard Wagner’s Ring Cycle with Jonathan Dove and Graham Vick’s adaptations of Siegfried and Götterdämmerung. In the former, Siegfried overcomes dragons to rescue Brunnhilde from her ring of fire, and in the latter a world of corruption is exposed and overcome by self-sacrifice. This should be epic, wild and full of fabulous music and the Empire’s glorious auditorium should add to the sense of occasion. Whether an opera lover or a first-timer, this should be a pleasure for all the senses.

Cover photo from All of Us at the National Theatre.