Back and available to view via the BOV website from Friday, Bristol Old Vic’s 2016 ghoulish musical, inspired by Victor Hugo’s L’Homme qui Rit, will be available on demand over the Christmas period. It is so distinctive and so deliciously weird it is well worth your time.

Transposing Hugo’s story of Gwynplaine, whose face was mutilated in childhood leaving him with a rictus grin, to 18th century England, this is an evening that is visually lush and musically inventive. Full marks to composer Marc Teitler who is also behind the RSC’s The Magician’s Elephant that has been postponed until next year.

Director Tom Morris succeeds in making an evening which is macabrely magnificent.

The latest from National Theatre of Scotland, live streamed on Friday and Saturday from the Royal Lyceum stage in Edinburgh, is Hannah Lavery’s piece inspired by the life and death of Sheku Bayoh who in 2015 died in police custody in Kirkcaldy in Fife. His death is now the subject of a judge-led inquiry. This piece reflects on racism in Scotland today and asks whether Scotland is really a safe place.

It is anyone’s guess whether theatres will be able to re-open when the current lockdown comes to an end on December 2, but let’s be optimistic and assume that they will. If so, it’s worth thinking about booking for mega producer Sonia Friedman’s first production since the shut-down in March. 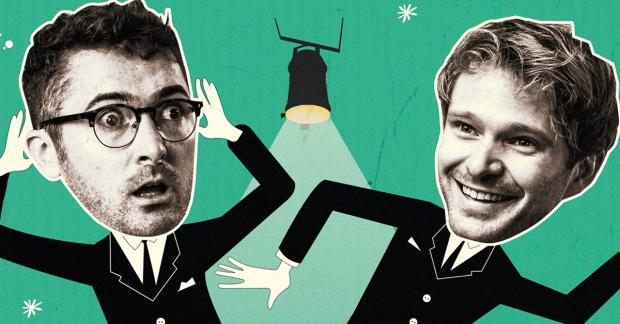 I very much doubt she’d be dipping her toe into the West End just at the moment unless she thought she had a sure-fire winner. It’s a comedy about two rival comedy duos fighting to get the upper hand during the most high-stakes gig of their careers and it comes from the pens of Ben Ashenden and Alex Own, otherwise known as the comedy outfit, The Pin. If that doesn’t tickle your fancy there will be a surprise celebrity guest each night too.