So, a play about citrus fruit?

Eh no, Sam Steiner’s clever two-hander at the Harold Pinter is actually a kind of anti-rom-com about a couple called Bernadette and Oliver who meet in a cat cemetery. It is set in a very near future when an austerity minded government has passed a Quietude bill, which limits the number of words you can say out loud each day to 140.

140 words? Haven’t you near enough already used up your allocation above?

You too, if for some reason you have been reading this out loud. Oliver and Bernadette have to hoard words during the day to save them to express love in the evenings. Bernadette wastes 60 words ordering a smoothie.

That takes the pip, a potential relationship killer I would have thought?

It is, but the beauty of Steiner’s play is that it uses the relationship between two people to explore how silence disempowers us. The average person uses 123 million words during their lifetime. If you could only speak 140 a day that would be severely limiting.

Or maybe quite restful.

But think how it would affect democracy. And your personal relationships. If words were limited, would we have to take more care to really mean what we say?

Poldark meets Queen Victoria. Or rather Aidan Turner, rather good in the revival of The Lieutenant of Inishmore in the West End back in 2018 and Jenna Coleman, who made her mark in the Old Vic’s revival of All My Sons in 2019. Oh and it’s directed by Josie Rourke, whose As You Like It is currently at @sohoplace. 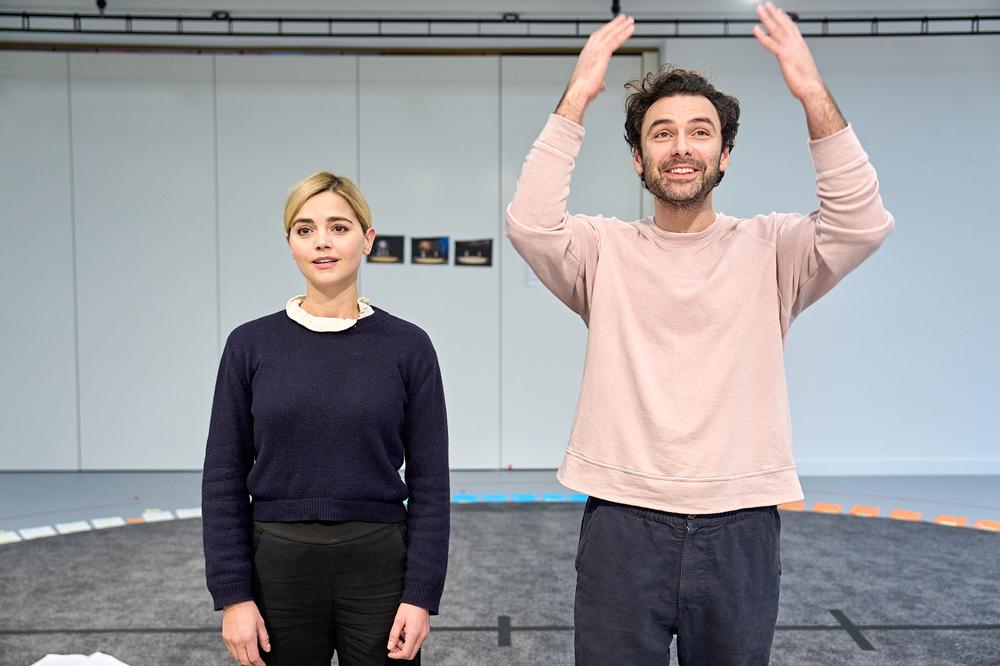 Yes indeed. Particularly for a play written by Steiner in the summer he graduated in 2014 while working in a fish and chip shop. It was produced at the Edinburgh fringe in 2015 and 2016, and has since been widely revived and attracted high profile interest. There was a reading in New York in 2016 with Sienna Miller and Russell Tovey.

What else has Steiner done?

You may have seen Kanye the First, a play about empathy and cultural appropriation, produced by High Tide in 2017 or more likely You Stupid Darkness!, a piece about a world in meltdown which sneaked into Southwark Playhouse just before the pandemic. Very good it was too. Steiner described it as “a hopeful play about the end of the world.” He’s been writing screenplays too, including the unreleased Morning with Benedict Cumberbatch and Laura Dern about a world in which sleep has been eradicated.

Anyone interested in communication. Probably all those who saw Duncan Macmillan’s Lungs at the Old Vic. New writing aficionados. Fans of Coleman and Turner.