OMG, do you mean the musical version of the 2001 Reese Witherspoon movie?

Yep, it’s the first London revival of the 2010 feelgood musical and it’s at the Regent’s Park Open Air Theatre from May 13th as part of the theatre’s 90th anniversary season, which also includes Kate Fleetwood in 101 Dalmatians and a new version of Antigone written by Inua Ellams. It’s pretty much the only London venue where you can see a show, have a BBQ dinner and get a suntan at the same time. What’s not to like?

That was the one that starred Sheridan Smith, yes?

It was, and she was a ball of pink candyfloss joy, full of mischief and wit, and fully tressed to impress. But this production’s secret weapon is rising musical theatre star Courtney Bowman, who played Fatima in Everybody’s Talking About Jamie and who was a razor-sharp Anne Boleyn in Six in the West End.

There is another Six connection too, isn’t there?

Indeed, this revival is directed by Lucy Moss, the sparky co-director and co-writer of Six, the hit musical that gives Henry V111’s wives centre stage and a chance to answer back. Unlike Henry’s many regrettable unions, Moss and Legally Blonde should be a marriage made in heaven. Both are stories which are female led, and both have a tongue in cheek joie de vivre.

Do musicals work in the Regent’s Park setting?

Where have you been for the last few years? Under director Tim Sheader it’s become a musical powerhouse with terrific revivals of Jesus Christ Superstar, Little Shop of Horrors and Evita. Many say that last year’s reinvention of Carousel should have got a nod in this year’s Oliviers. Perhaps Carousel was a little too dark to fit the public mood last summer, but if you are looking for a pink-themed joyous night out then Legally Blonde should hit the mark. 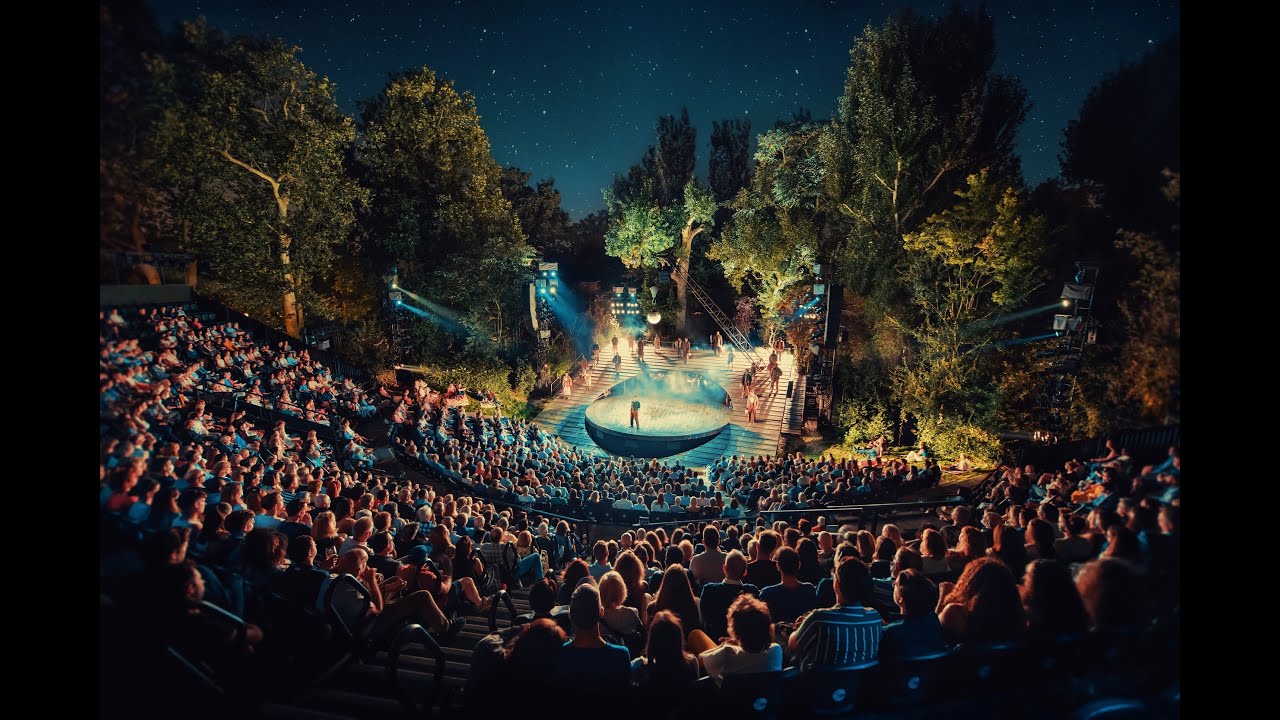 A view from the back of Regent's Park Open Air Theatre.

Remind me of the plot?

Malibu fashionista, Elle Woods, is dumped by her preppy boyfriend when he gets into Harvard Law School. She is determined to show him that she’s not just a dumb blonde and wins a place at Harvard too where she discovers that being interested in fashion isn’t incompatible with having a brain, so goes from airhead to legal eagle.

Oh, so beneath the fluff it’s got a message about empowerment?

Let’s hear it from the redoubtable Susannah Clapp on this one, who when reviewing the 2010 premiere wrote that the show “cherishes the idea that it might be possible to have hair extensions and get your mouth around paraphenylenediamine. Which is not really that implausible than the widely accepted notion that a bunch of blokes who spend an evening throwing bread rolls at each other might the next day perform brain surgery.”

I hear you, but over the last 12 years a great deal has happened around gender politics and feminism. Isn’t this really just a reboot of Cinderella in which Elle loses the beast only to find her true prince?

Ah so you are not completely clueless (there are some interesting parallels with the 1995 movie) about Legally Blonde. It will be interesting to see how Moss deals with the sometimes muddied feminist message and the fact it includes a scene where a gay man is outed in open court. I note the production has a dramaturg on board—Cassiopeia Berkeley-Agyepong—so I reckon it is taking these potential issues seriously.

Why else should I see the show?

Because it has dogs in it. In my opinion King Lear and Hamlet would be much improved by the presence of dogs. All theatre is better with dogs.

What shouldn’t I do?

Turn up in corduroys and protest that pink gives you a migraine.

What should I do?

Agree with Elle that “love is the number one reason for bad hair decisions.”

Cover image from Legally Blonde which runs at Regent's Park Open Air Theatre from 13th May to 2nd July. Tickets can be found here.