Why should I know them?

You should know them because the company are co-producers on the the RSC version of the massive Studio Ghibli animated fantasy film, My Neighbour Totoro. If you haven’t heard of the movie (where have you been?) then your kids—grown-up and young — will be fans. They have probably already got the pyjamas and the backpack. Improbable’s Phelim McDermott will be directing. Improbable is a company that seldom fails to live up to its name: the work is often unlikely; it’s always risky, and frequently full of unexpected joy. A bit like the movie.

Looks like a massive at grey rabbit like creature, but actually it’s the spirit of the forest.

Oh, so all quite cutesy kid’s movie stuff then?

No, the cuteness is cut with something deeper, perhaps more spiritual. What Totoro is definitely not is the god of death, a fan theory that circulated a few years back but which was quashed by Studio Ghibli. Mind you, the movie can be quite dark but that won’t hamper McDermott and Improbable who once—rather improbably—made a fascinating and oddly entertaining show called Coma, inspired by the work of physicist turned Jungian analyst, Arnold Mindell, who proposed those in a coma are not absent but travellers into the unknown. 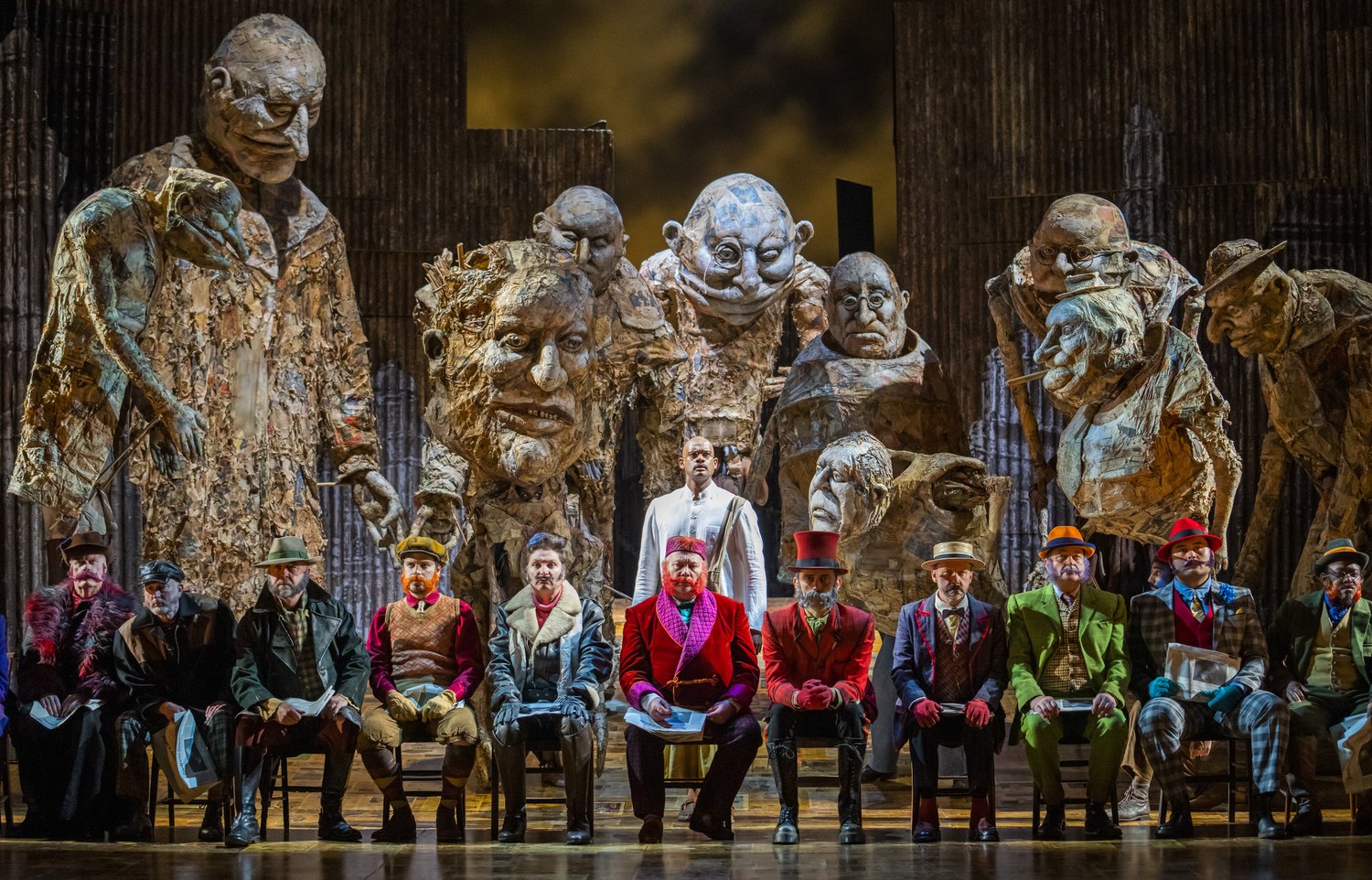 From the 2021 production of Satyagraha with the ENO. Photo by Tristram Kenton.

So, will this spirit of the forest be in good hands?

Certainly should be. Along with Complicite, Improbable are one of the UK’s great theatre companies and in both cases there is a real playfulness about the work they produce and the way they make it. At the heart of Improbable’s practice you’ll often find puppets, improvisation, newspaper, and lots of sticky tape.

Yep, sticky tape is much underrated theatrical tool and very good for improvising with, and improvising is what this company do so well. But Improbable have used it to conjure the Forest of Arden in A Midsummer Night’s Dream, in huge outdoor shows such as Sticky, and both newspapers and sticky tape make a significant contribution to McDermott’s internationally acclaimed staging of the Philip Glass opera Satyagraha which has travelled the world from the ENO to New York’s Metropolitan Opera. 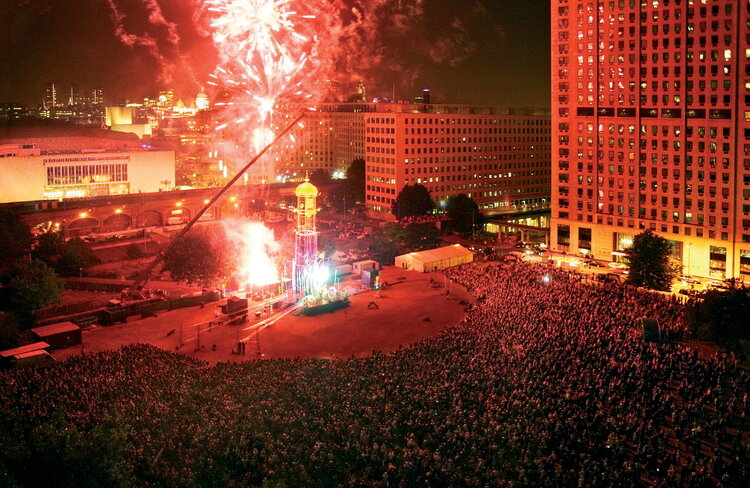 Nonetheless it sounds as if that could be a bit shambolic.

There’s no shame in being a bit shambolic in the process. So much theatre, particularly productions of scale, are overly slick and locked down. They take no risks. But Improbable have often said that it is only by risking being almost bad can you make something really good. The line between failure and genius is, after all, a very narrow one. Not that all producers understand that and are prepared to hold their nerve. The brilliant Michael Morris was with the 1998 junk opera hit Shock-Headed Peter, a show created by Improbable with The Tiger Lillies about wayward children meeting sticky ends, which was described by critics as “the best thing since sliced thumb.” But years later McDermott was sacked from the helm of the Adams Family Musical just before it was due to open on Broadway. Afterwards he said: “It was hard having a really public failure and knowing everybody knew and it took me three years to recover. But the best thing that came out of it was I stopped believing my own publicity.” I reckon the RSC will hold their nerve because they will realise the dividends that can follow.

So why should I book for My Neighbour Totoro at the Barbican?

Because if anyone one can translate the magic of the movie to the stage and reinvent it for theatre audiences it’s McDermott and Improbable. Improbable have the skill, the experience of working at scale and the imagination to do it. But I think they have something more: the curiosity and sensibility to deal with the scary, the unknown and the unknowable.

What should I say about Improbable?

I heard that the company is wildly influenced by the work of improvisation guru Keith Johnstone.

What shouldn’t I say?

Have you seen the new range of Totoro wallpaper?

Cover image from My Neighbour Totoro which premiers at London's Barbican Centre for a limitied 15 week run from the 8th October 2022. Tickets available here.