Lyn's Lowdown on a glut of ghost stories

Girl On An Altar

The Haunting of Susan A

Am I right in thinking that there appears to be a sudden glut of ghost stories on stage?

You’re correct to have noticed it. That hardy perennial The Woman in Black has just been joined by the return of 2:22 A Ghost Story, which is repeatedly haunting the West End, even without Lily Allen in the cast. Then in early June at the King’s Head Mark Ravenhill is premiering his latest, The Haunting of Susan A, inspired by the work of M. R. James. Oh, and later in June at the Lion and Unicorn there is a modern adaptation of Hamlet, the granddaddy of theatrical ghost stories. In July, during the London International Festival of Theatre, ZU-UK's Radio Ghost will be taking audiences on a ghost hunt in shopping centres in Brent Cross, Ilford and Wood Green.

It may be that in a world where there has been a lot of death (and the last two years has brought that) the need to believe in an afterlife and ghosts is a strong one, and that’s reflected in popular culture, including theatre. It happened after WW1 and during WW2 as well. One of theatre’s most famous ghosts—Elvira in Noel Coward’s Blithe Spirit—was conjured by Noel Coward in just 5 days and premiered in 1941 in a London which had been devasted by the Blitz. Coward’s “light comedy about death” was an instant success. 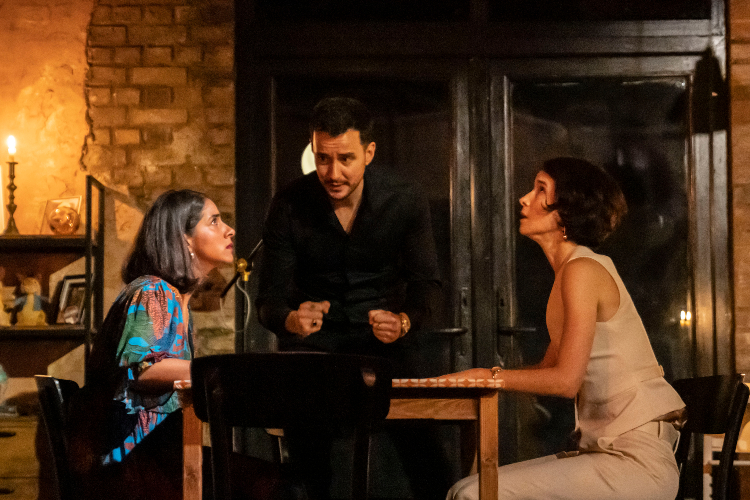 From 2:22 A Ghost Story now playing at the Criterion Theatre through the 4th September. Photo by Johan Persson.

Does theatre have a particular affinity with ghosts?

You might say that. In fact, almost every theatre has its own pet apparition, like some people have a pet dog. Drury Lane, where Frozen can currently be seen, prides itself on being London’s most haunted theatre. But you might describe all theatre as a form of raising spirits, and the stage as a haunted site. Night after night the dead live again on our stages, they are an absence made present. Alice Rayner puts it well in her book Ghosts: Death Double and the Phenomena of Theatre when she writes that “theatre is where ghosts best make their appearances and let communities and individuals know that we live amid secrets that are hiding in plain sight.” That’s very true about two of theatre’s most famous ghosts: Hamlet’s dad and Banquo, the spectre at the feast in Macbeth. In fact, like all Elizabethan playwrights, Shakespeare was keen on ghosts: think of Richard III and Julius Caesar, both plays in which the past comes back to haunt.

So what the appeal of ghost stories to theatre-makers?

Let’s hear it from Mark Ravenhill whose new ghost story, The Haunting of Susan A, opens at the King’s Head this week. “The genre can bring the audience to you and then you can take them on a journey which maybe, hopefully goes beyond the sort of fairground attractions aspects of it. But you need to deliver the fairground element because it’s part of the journey that that you take the audience and I think if you don't then people feel a bit cheated. But once you've got them into that you can take them to a genuinely questioning and troubling place”. 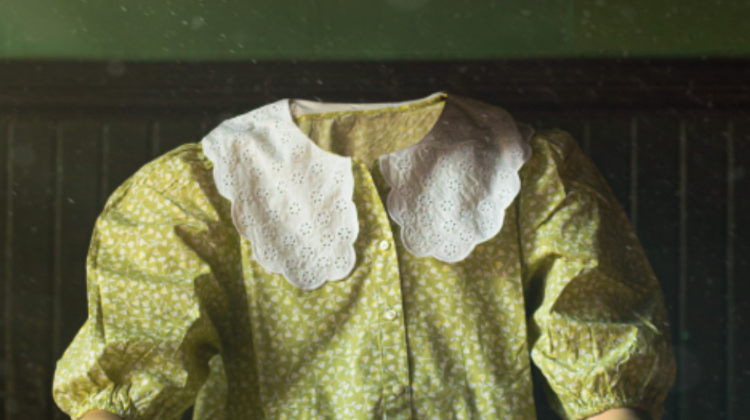 From The Haunting of Susan A at the King's Head.

Who writes the best ghosts on stage?

The Irish are very good at it. Think of By the Bog of Cats, written by Marina Carr whose latest play Girl on an Altar is currently on at the Kiln Theatre. But of course the greatest contemporary writer of theatrical ghost stories is Conor McPherson whose shows include The Weir, Shining City, St Nicholas and most recently in the West End, The Girl from the North Country. When asked about why ghosts are so present in his plays, he has said that he sees them as a metaphor for “the unknown, existential and unfinished business of our lives.”

Say boo and scary on.

I was haunted, and not just by the price of the tickets.

Cover image from The Woman in Black at the Fortune Theatre.