So, here we are, three years after the last festival was rudely interrupted by the pandemic, the crucial VAULT Festival returns to provide a space where emerging artists from all over the country can try out their ideas. It’s a great place to see where theatre might be going, and it’s needed more than ever when the pandemic has wrought such damage to theatre’s talent pipelines; the Edinburgh Fringe gets ever more expensive and inaccessible for many artists, and funding cuts to outfits, such as Hampstead Theatre and the Stockroom, do damage to new writing.

But the other thing which the VAULT Festival also provides is a unique experience for audiences who can have a great night out, while supporting rising artists. The atmosphere is loud and energising, audiences and artists mingle side by side, and plenty of people initially just go for a drink and then take in a couple of shows on the spur of the moment. The pricing policy for shows reflects that and encourages audiences in their lucky dip approach.

It's a festival when, on any evening, being adventurous often pays dividends, not least because so many (but not all) of the companies involved do not have long track records or are trying out work at a very early stage. Last year’s brilliant Edinburgh hit, SAP, began life at the Vaults in 2019 and comes to Soho in April. So too did Joseph Charlton’s Anna, which then found its way to the West End and the Harold Pinter Theatre when theatres started re-opening in 2021. So, it’s definitely a place to spot future hits and hit makers.

In these circumstances, making any selection in advance may feel as if it’s unnecessary and beside the point. I’d agree, but below are a few shows in the first week that have caught my eye and which should certainly be worth your time. But do browse the website yourself. 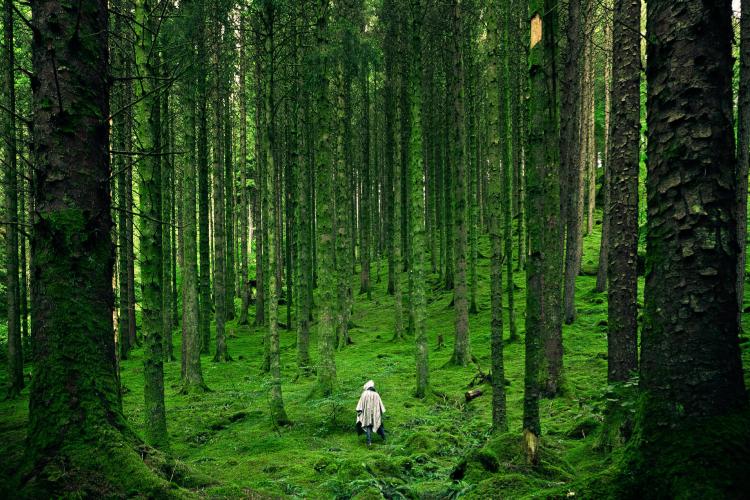 Image from Chronic Insanity's All Falls Down.

All Falls Down is the latest from Nottingham-based company Chronic Insanity. Fifteen members of the audience (blindfolds optional) must help a group of friends get out of the wilderness after their plane crashes. But there are nasties lurking. It sounds a bit like Lost, but in theatre form and it has already had a couple of successful try outs and is developing all the time. Tue 24 Jan - Sat 28 Jan 2023

Caceroleo comes with a good pedigree with Polish director Nastazja Domaradzka (very much starting to make a name for herself both in the UK and Europe) collaborating with US writer and performer Rhys Hastings on his play which considers whether the arts’ safe spaces are quite as safe as they claim. Tue 24 Jan - Sun 29 Jan 2023

There is a Polish connection, too, in Remi Rachuba’s Intruder/Intruz, a bilingual autobiographical monologue about an actor who moves to Scotland and experiences a vicious attack. The play was at Summerhall during the Edinburgh Fringe where it gained momentum and has been short-listed for several new writing awards. It runs on Sat 28 Jan and Sun 29 Jan, and so too do Zoo Indigo’s Don’t Leave Me This Way, a multi-lingual exploration of European identity; and Butchered from new female-led West Midlands company Expial Atrocious. The latter tells of a sausage maker and his apprentice who work in a kitchen where dreams go to die, and it channels the absurdist comedy of Alfred Jarry. 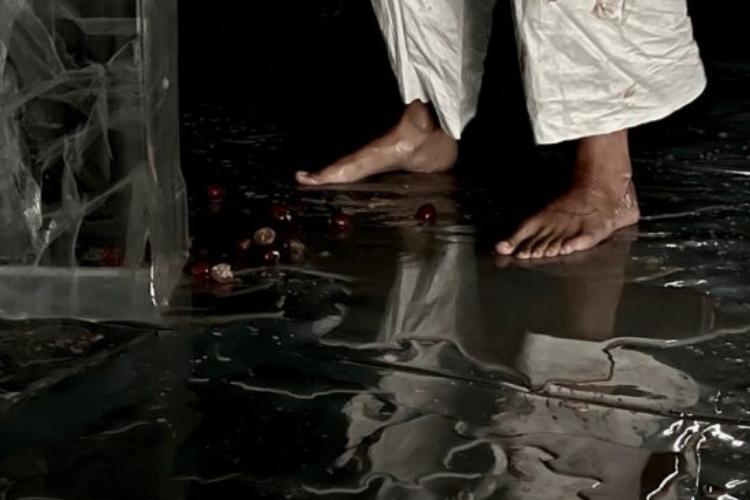 Image from Vertebra Theatre’s An Ice Thing to Say.

It's not all fledgling makers because in week one, begining on Sun 29 Jan, there is a chance to see the hugely engaging storyteller James Rowland try out his latest show in progress, Piece of Work, the story of two brothers and a chicken burger. Or try Vertebra Theatre’s An Ice Thing to Say, which includes a melting ice installation and physical theatre to explore the climate emergency from Fri 27th through Sun 29th January. Or how about a musical? In Clay (Tue 24 Jan - Sun 29 Jan) is a one-woman musical with jazzy influences about a potter who muses on the nature of creativity, and which has already had try-outs at The Other Palace and New Wimbledon Theatre Studio.

From further afield comes Jason (Tue 24 Jan - Sun 29 Jan), an American production from US company The Goat Exchange. The show transposes Shirley Clarke’s cult 1967 film Portrait of Jason, about a young black queer man, to the stage and in the process asks what was left in and out of the original film and how does that affect how we view it? I like the sound of Project Atom Boi (Tue 24 Jan - Sun 29 Jan), created by a migrant-led creative team exploring the historical relationship of the USSR and China and Doomerism. Sounds ambitious. Cultural dislocation is considered too in Faizal Abdullah’s Siapa Yang Bawa Melayu aku Pergi? (Who took my Malay Away), a solo performance lecture investigating the Malay culture, language and community. Sat 28 Jan - Sun 29 Jan and Sat 4 Feb - Sun 5 Feb.

The Other Palace
Theatre