Look back in anger

Ellie Kendrick’s Hole at the Royal Court Upstairs operates like an all- female cosmic cabaret, and one whose rocket fuel is rage.

It is enormously refreshing to see women getting mad on stage, filling the space with their anger (so often politely suppressed), and enjoying it – all the while, thinking about how rage may be used in the future, and what we can do with all these pent-up feelings.

This is an evening, brilliantly designed by Cecile Tremolieres, in which the fur and the feathers fly. There were times when it made me lean further back in my seat as if the Furies had just manifested in front of me. But most of the time it made me want to lean forward to drink in the snarky wit, the unapologetic bodies and the glitter and song that chart the accumulated pain and humiliations of 2,000 years of history and myth and male dominated storytelling. 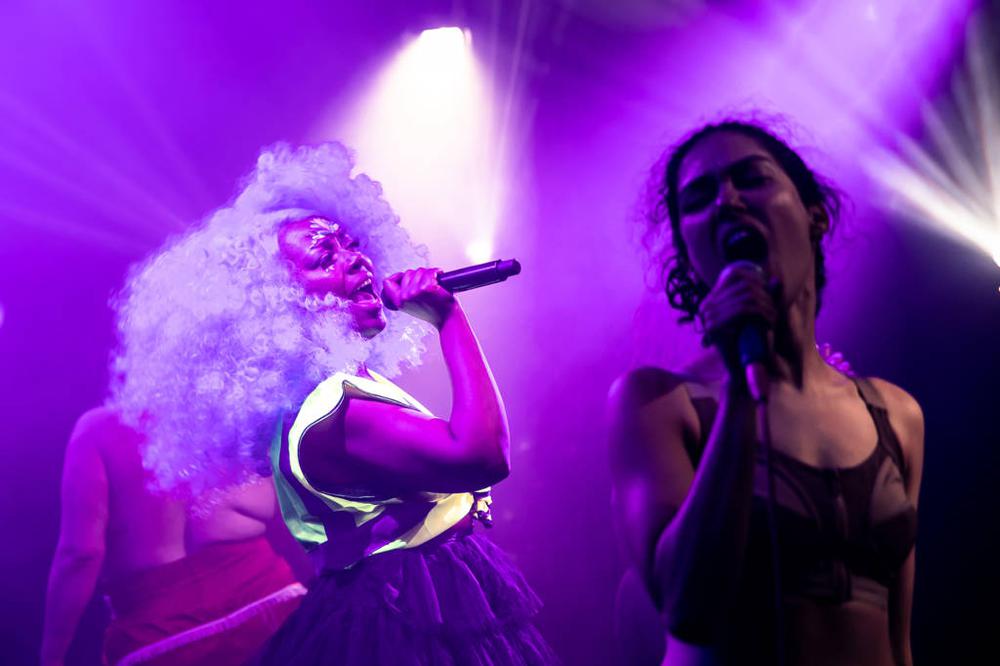 Photo by The Other Richard

The opening moments are a reminder—if it was needed—of why women are so damned angry. One by one, women attempt to tell their stories as if in a seedy club. But their jokes are cut short by malfunctioning microphones and by spotlights that refuse to stay still. A clock ticks, and then a buzzer sounds and each woman is swallowed by a black hole, erased from history, silenced. It’s like a fiendish game show in which nobody has told them the rules. Rules that have been created by men for the benefit of men.

Staged by an all-female team and directed by RashDash’s Helen Goalen and Abbi Greenland, this might, to the unobservant eye, look like a bit of a mess, full of gaudy, gorgeous scatter-gun images, fractured language, and no through line or intellectual rigour. But you would be a fool to think that, because Kendrick and the team are playing with form (and feeling) in a show which has the singularity of a black hole itself. 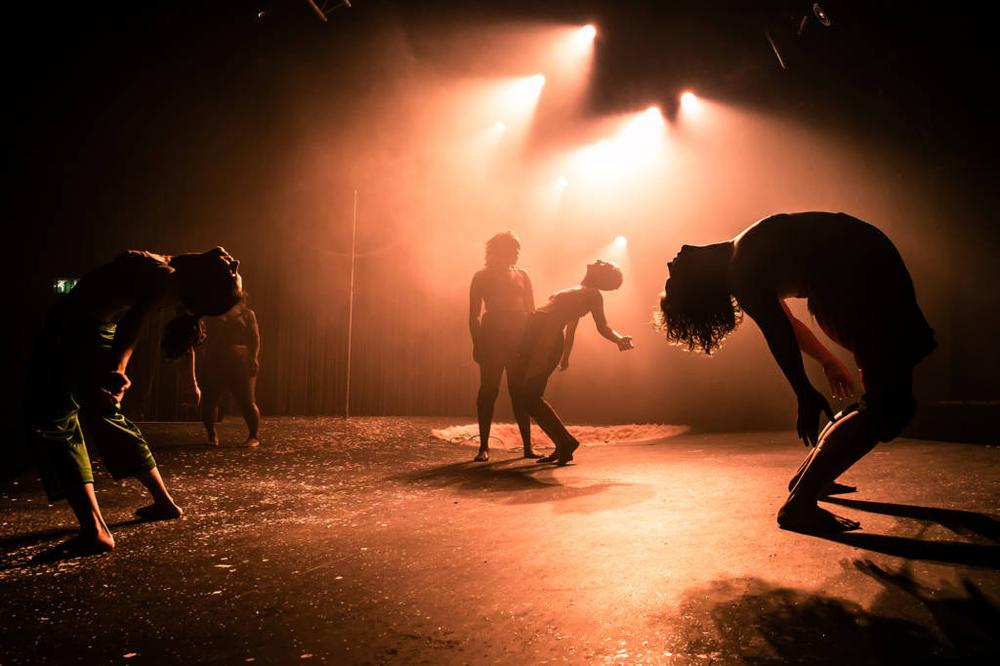 Photo by The Other Richard

It changes what we expect to see on a stage, even what we expect to see at this venue, one which once staged a play about ironing called Look Back in Anger. It’s time to look back with a different anger and change the plays, and myths and stories which have been handed down over last 2,000 years and tell different ones from those we’ve heard about Medusa and Pandora.

The takeover has already begun when we enter the theatre: the audience has been pushed to the margins so there is more room for the cast of six: Ronke Adekoluejo, Ebony Bones, Alison Halstead, Rubyyy Jones, Cassie Layton and Eva Magyar. This is a diverse cast of all shapes and sizes, all ages too and they flaunt the fact that they are taking up the space. They are utterly unrepentant about it too. At one juncture one of them points at the exit, making it clear we are free to leave if we don’t like it. We can indeed leave, because this is not for everyone, and there are moments of banality within the choric format. It doesn’t all work. I could have done without the bananas.

But there is so much more too, in 65 radiant and spikey minutes where Greek myth collides with astrophysics, spoken word seeps into song (composer Ebony Bones), and where the very presence of the women acts as a disruption and disrupts the way we look.

Ellie Kendrick may have successful career as an actor, including roles in Game of Thrones and the recent Vanity Fair. But she’s mad as hell, and she’s using her anger to make us look afresh—asking the question: what next?

Stagedoor Tip: If you enjoyed watching Hole you can follow the artists who made it on the Stagedoor app. The next time they're performing in London, it'll be at the top of your personalised recommendations.