Lyn Gardner talks to Helen Lannaghan, co-artistic director of LIMF, about how Brexit and Covid have shaped this year's edition of the always-exciting fest.

What do you see?

If a mime locks themselves in a greenhouse, how will anybody know they need help? So goes the old joke. Helen Lannaghan, of the London International Mime Festival, has heard them all over the years and together with co-director Joseph Seelig has been responsible for curing our aversion to mime and changing how the UK embraces visual and physical theatre. British theatre has always been text heavy, our actors often trained to perform from the neck down, our dramas full of people sitting in kitchens hurling situational chat at each other.

But every year the London International Mime Festival offers a window on another world, one where puppets philosophise with their bodies on tabletops, performers find the stage tilting precariously beneath their feet, acrobats dazzle and domestic noir is played out by clowns. Over the years every January LIMF has encouraged us to try something different and helped shift our idea of what theatre is by exposing us to sometimes strange and often wonderful if discombobulating performances from Europe and far beyond.

“Our big strength,” says Lannaghan, “is that we have always been able to find those weird and wonderful shows from abroad. Our audience comes every January because they know they will see something they haven’t seen before, and they look forward to it.” Lannaghan is right, LIMF has a taste and tang different from anything else on the theatrical calendar. 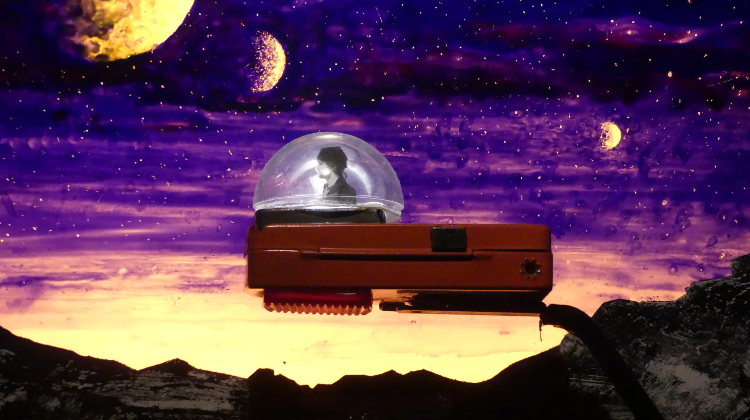 Only this year is slightly different. There will be shows from abroad, including Stereoptik’s Stellaire (The Pit), a handmade mini spectacle set in a magic lantern world and aSH (Barbican), the final part in Aurelien Bory’s Olivier nominated trilogy and featuring Shantala Shivalingappa paying homage to Shiva, the god of creation and destruction. The outspoken Lannaghan points out that even if “the bloody Boris/Macron palaver is going on and the two are throwing their toys out of the pram, the Barbican and the French Institute have been fantastic in helping these two French companies come here.” But hit by the double whammy of Brexit and Covid (the 2021 festival had to go online), for the first time since it was founded over 40 years ago the 2022 edition is dominated by work made in the UK.

It allows British made work to take centre stage. In the case of Vanishing Point’s Interiors, the main stage of the Barbican itself. This Scottish company’s thrilling reimagining of Maurice Maeterlinck's 1895 symbolist classic is a deeply unsettling experience, with the action situated behind a glass wall that leaves the audience like voyeurs gradually piecing together what is happening in an illuminated family home that feels like a police crime scene.

“It’s hard to think of anything good to say about Brexit,” says Lannaghan, “but when someone asked me, I said that I thought it could be better for British artists because it would make people revaluate and refocus on what is already here in the UK. Perhaps without Brexit we wouldn’t have Interiors on the Barbican main stage, but it was a show we had always wanted to do and now was the time to make it work. And there are knock on effects of having to wait. It has a much more diverse cast than it did previously.” 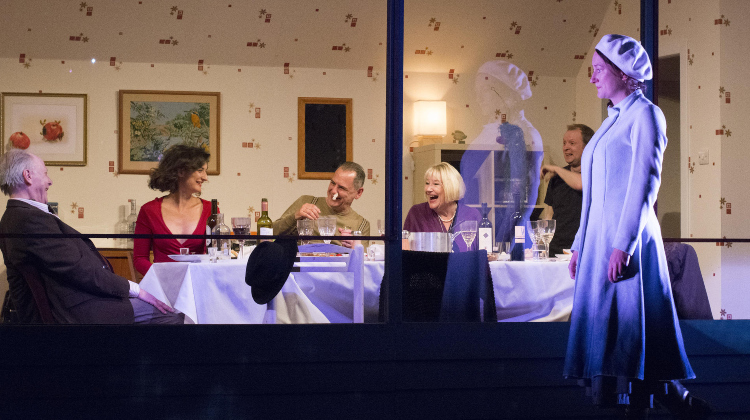 There are old favourites in this year’s festival including Theatre Re, a company with a huge following, who this year will be at Shoreditch Town Hall with Bluebelle, a piece drawing on fairy tales, and Barely Methodical will be taking over the Peacock stage with Kin, the 2016 show focussing on group behaviour and the shifting dynamics as peers vie for position, attention and approval. It's well worth a look if you missed it first time round. The brilliant Pappy Show also premiere a new piece What Do You See? at Shoreditch Town Hall. Lannaghan points me in the direction of Jean-Daniel Brousse’s (le) Pain at the Place, a piece about growing up queer in provincial France which features real breadmaking on stage. I’m excited too for the latest from Gandini Juggling called Life, a love letter to the choreographer Merce Cunningham. Anyone who saw the Gandini’s Pina Bausch-inspired Smashed! will know why this is an event.

One of the peculiarities of so much UK work on stages this January as part of the London International Mime Festival is the number of shows—nine—which require sign language interpretation, something less often needed in a festival in which the visual normally dominates over text.

“It’s very unusual for us,” says Lannaghan, “and reflects the fact that we still don’t make lots of non-text based visual theatre in the UK.” The language tends to creep in even when the drive is to make visual and physical work. Lannaghan says she thinks it might be down to a British cultural snobbery in which text is still perceived to have supremacy over the physical and visual.

“If you look at UK companies working in visual and physical theatre there is often a drift towards adopting spoken text in their work. I think it comes from a drive for legitimacy and wanting to be taken seriously.”

But that hybrid can also be creative and lead to new discoveries.

Lannaghan reckons that while some may miss the wide international remit from the London International Mime Festival this year, the enforced focus by Brexit and Covid on homegrown talent could deliver benefits.

“I love the international work we bring, but sometimes it feels right to be looking closer to home and giving support and a stage to the homegrown.”

Cover image from Bluebelle by Theatre Re.