London Bound: a round up of Edinburgh Fringe Transfers

This year’s Edinburgh Fringe is over: the venues are being dismantled and the city is reverting to normal. But if you were looking enviously at what was happening in the North, have no fear as a great many shows are already London-bound. More are sure to follow.

Oona Doherty - Hard to Be Soft

First off is Rouge, the naughty but nice circus-come-cabaret show, that has already arrived at the Underbelly Festival on the Southbank. There are plenty more great circus shows heading into town including Contra, a brilliantly knowing piece of full-frontal circus created by Laura Murphy and Ursula Martinez which is at Jackson’s Lane on November 19.

One of the big hits of the festival was Richard Gadd’s Baby Reindeer, a story about stalking and complicity that very cleverly undercut expectations. It is tense and brilliantly structured—and it is at the Bush from October 9 where no doubt it will sell out like it did in Edinburgh. So do book early. In February, the Bush also plays host to Collapsible, Margaret Perry’s play about a young Irish woman (a brilliant performance from Breffni Holahan) left stranded and isolated by anxiety.

Long before that you should head to the Arcola where, from September 4, you can see Dael Orlandersmith’s Until the Flood based on interviews with people who live in the town of Ferguson, Missouri, where in 2014 black unarmed teenager, Michael Brown, was killed by a white police officer, Darren Wilson. It’s quietly searing stuff. 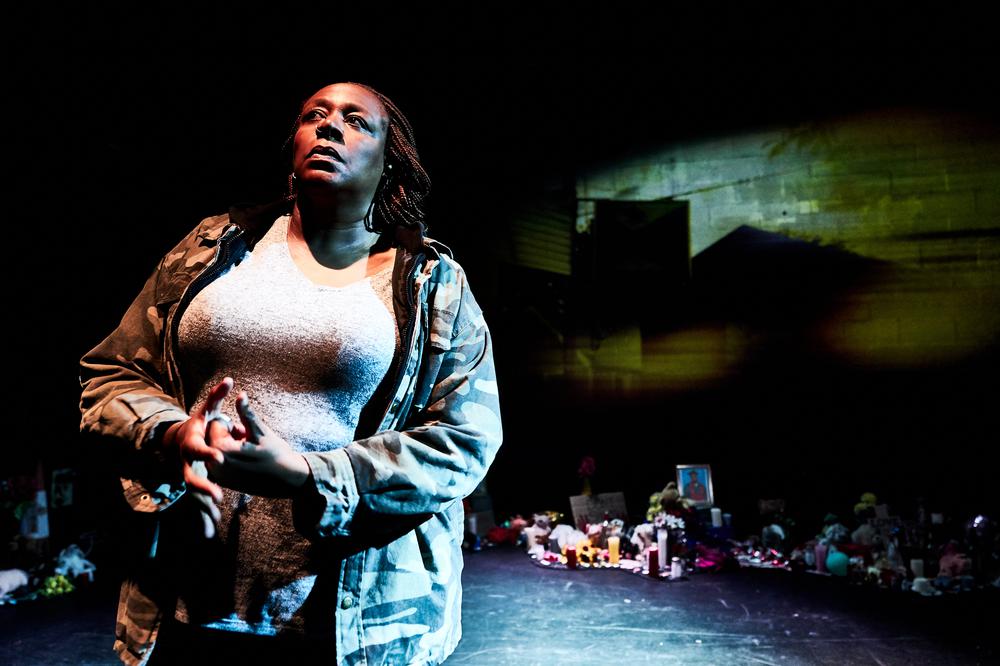 Dael Orlandersmith in Until the Flood. Photo by Alex Brenner.

There is loads of action at Soho Theatre, where from September 9 Cora Bissett’s brilliant What Girls are Made Of takes over the main house. It really is rock ‘n’ roll but it is also a poignant exploration of how we learn through experience to really be ourselves. It’s also your last chance to catch Hotter, the fringe sensation about women’s relationships with their bodies, which is at Soho from September 2. Starting the same week is Typical, Ryan Calais Cameron’s one man play which draws on fierce poetry and spoken word to tell the story of a black man whose typical Friday night out leads to tragedy. One that could have been avoided. Hard-hitting stuff.

Looking ahead at Soho Theatre you should definitely book for the totally brilliant and totally deceptive Sh!t Theatre Drink Rum with Expats (October 8 onwards). It's a slyly put together show about art and responsibility, migration and privilege. Another one you shouldn’t miss is Lucy McCormick: Post Popular (from December 3), a rudely enjoyable, deliberately shocking romp through all the famous women of history. The real shock is that there are only four of them. 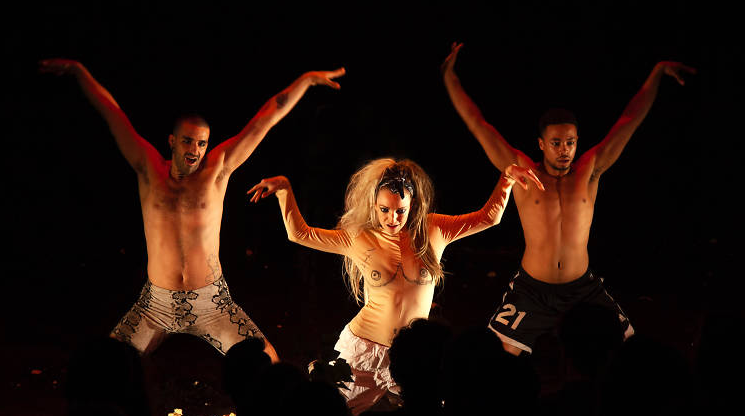 I didn’t catch the Pet Shop Boys musical, Musik, with the incomparable Frances Barber, which heads into the Leicester Square Theatre from September 7. And I didn’t see the new cast in New Perspective’s The Fishermen that goes into Trafalgar Studios on September 3 - but I did see it last year and this adaptation of Chigozie Obioma’s novel has a rare poetry and restrained power.

I am also sorry to say I missed the very well reviewed Pink Lemonade which goes into CPT on October 20, but I did see Hannah Maxwell’s very engaging and layered I, Am Dram which is at that same theatre from November 26. Her family are devoted to amateur dramatics and want her to play Eliza Doolittle, but she wants to play Freddie.

Tim Crouch takes us to the end of the world to talk about how we can make our own stories rather than simply accept the narratives of our leaders in Total Immediate Collective Imminent Terrestrial Salvation - a show that turns concept into an audience read-along experience that is really rather fascinating. At the Royal from September 3. 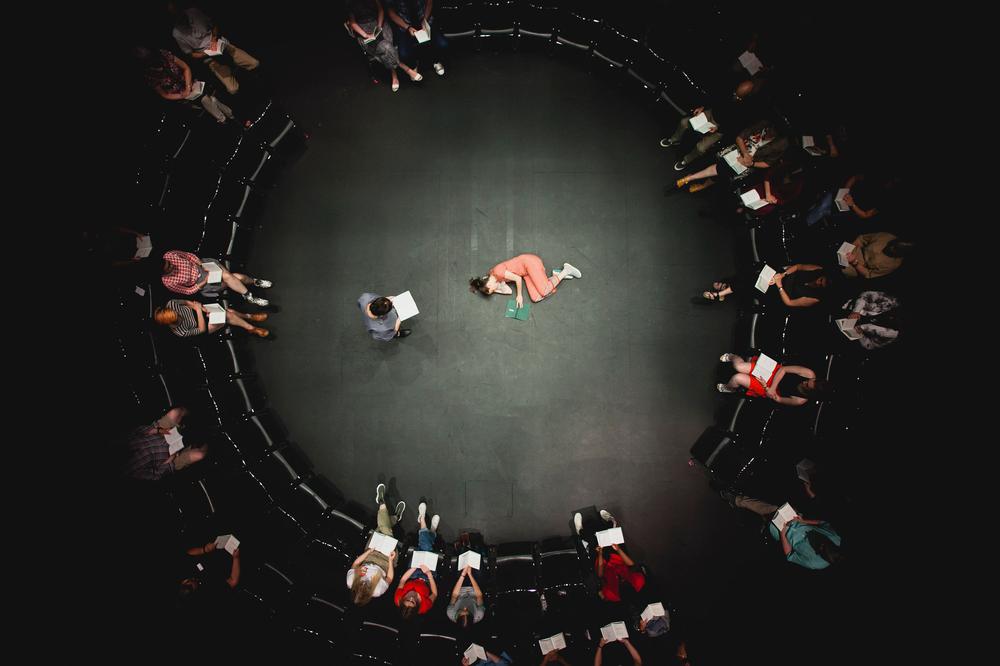 Another veteran theatre maker, David Edgar, asks how the generation of 1968 became Brexit voters in a clever, highly personal and intelligent exploration of radicalism, Trying It On, which is at the Omnibus in Clapham from October 11.

Caroline Horton’s All of Me certainly lives up to its title. She gives every atom of herself in a dark journey into the nether world of depression. It’s at the Yard from September 10. The underworld is also very present in Styx, Second Body’s haunting and beautiful theatre concert about memory and loss which is at the Playground Theatre from September 2.

Oona Doherty’s Hard to be Soft: A Belfast Prayer is quite extraordinary, and you only have one chance to catch it at the Southbank on October 11 as part of Dance Umbrella. Equally brilliant is Travis Alabanza’s Burgerz which is at the Southbank on November 29. Burgerz deals with trauma by remaking and claiming it. In this instance by actually making and cooking a burger on stage. Very funny, very angry. 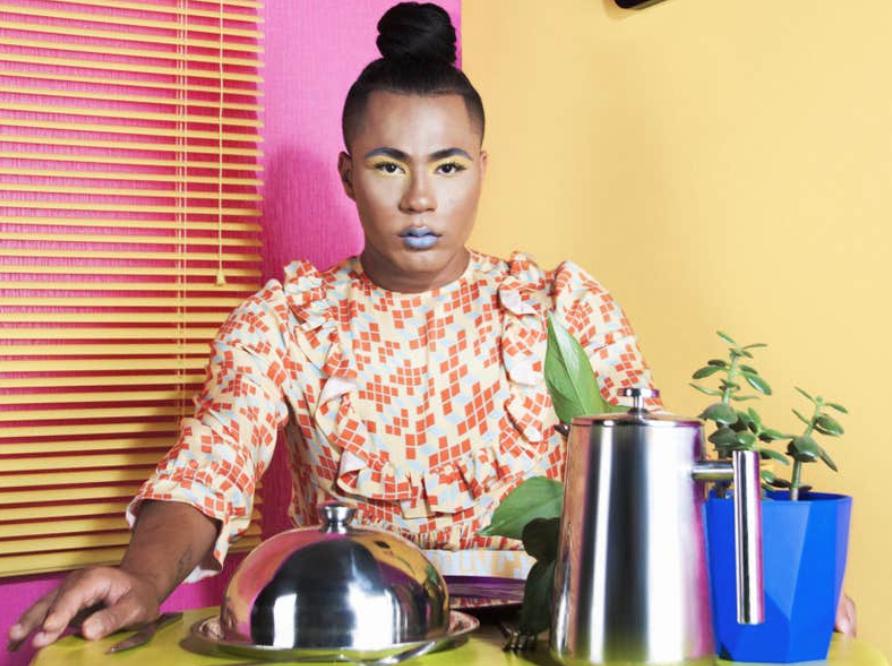 Last but not least: check out One at Battersea Arts Centre from September 30, the final part in the trilogy made by Bertrand Lesca and Nasi Voutsas that began with Eurohouse and Palmyra (both of which will be performed again). This pair are such clowns and they show how we are too in our intransigence.

Tip: you can follow each of the artists mentioned in this article on the Stagedoor app. The next time they perform in London, it will be at the top of your personalised recommendations