Jez Bond: "We tell stories just like Netflix does"

Badass Be Thy Name

How Disabled Are You?

My Life as a Cowboy

Ankles, A Book of Spells

For a man who says the last couple of years have been “hellish,” the Park Theatre’s artistic director, Jez Bond, sounds remarkably buoyant. Early next month, the theatre’s Come What May Festival opens with a slew of shows from emerging artists including 12 that have been rehomed from the Vault Festival after it made the hard decision not to go ahead earlier this year because of Covid infection rates.

Like a number of independent unfunded London theatres, including Omnibus and the Pleasance, the Park is picking up some of the slack, staging all shows on a box office split. They range from Ankles, a Book of Spells inspired by teenage girls' experiences of gendered school uniforms, and Bruntwood-Prize long-listed writer Hugo Timbrell whose My Life as a Cowboy is about a gay swimming pool lifeguard who wants to show his true self to the world. There is Incognito’s absurdist comedy The Net Kill about a badminton team vanquishing a beast creating havoc in the English countryside, Will Close and Joe Von Malachowski’s Mediocre White Male about a man who feels left behind in a changing world, and the female-led improvisational comedy night, Yes Queens.

But if Come What May signals the renewed desire of a theatre which in its short history has garnered eight West End transfers to engage with new and emerging artists (it has played a part in the careers of many creatives and actors including Shelia Atim and Taz Skylar), there was a time during the pandemic when it looked as if it might be curtains for the Finsbury Park venue which next year will celebrate its 10th anniversary.

Entirely dependent on rentals, ticket sales, donations and money from trusts and foundations to stay afloat, the sudden disappearance of the first two on that list because of the enforced closure meant that the Park was facing insolvency. With just 24 hours to save the theatre, Bond hit his phone and in a single day raised the £350,000 necessary to stave off liquidation and secure the theatre’s future and nudging it into a place where staff could be furloughed. 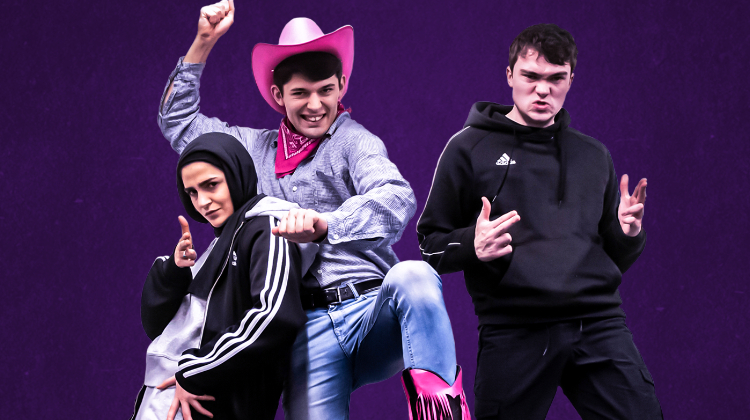 Image from Hugo Timbrell's My Life as a Cowboy.

“This wasn’t just about saving the theatre, it was about people’s lives, all the people who work at the theatre in so many capacities,” recalls Bond. “It was a really humbling experience because people were so generous, many gave even when they couldn’t really afford it because the Park meant something to them, and they wanted it to continue.” It wasn’t just the theatre’s long-time and high-profile supporters—including people such as Ian McKellen and Mark Gatiss—who dipped into their pockets but ordinary people who lived locally and regularly attended.

But the emergency also made Bond realise that the theatre couldn’t go on as it had since it had begun. You can ask people to help in a crisis like a pandemic but to run a theatre sustainably you need a model that doesn’t require emergency bailouts.

“The pandemic highlighted for us that it was sort of fun for the first few years ‘oh you know, we’re a small theatre which punches way above its weight.’ But being a small theatre, which punches above its weight is exhausting when you do it for years. It is just not sustainable. So, we need to find new models that don’t involve us having to raise so much money every single year.”

One of the suggestions being explored—which would also allow the Park to produce more work-- is to create an investment fund, because while some people are happy to donate there is a greater pool of people who would be happy to risk some money if there was the chance of a return. Of course, investing in theatre is always a risky business (you win some and you lose some, otherwise all producers would be multi-millionaires) but in the current climate when many arts organisations are experiencing donor fatigue, looking for new and sustainable models is crucial. Other theatres will be watching the Park’s progress with interest.

With new people on the board Bond is upbeat about the Park’s potential, and says that there is a real place for the theatre in London’s theatre ecology.

“It’s easy to know what the RSC does, you can tell from the title. Everyone knows the Gate does international work, and the Bush and the Royal Court do new writing. I think that what we are trying to do at the Park is to tell really good stories and to do it in a way that is accessible and engaging.” The review he is proudest of in his career was the one for his production of Building the Wall, about Trump’s immigration policies, in which the critic said that if Netflix did theatre this is what they would do. 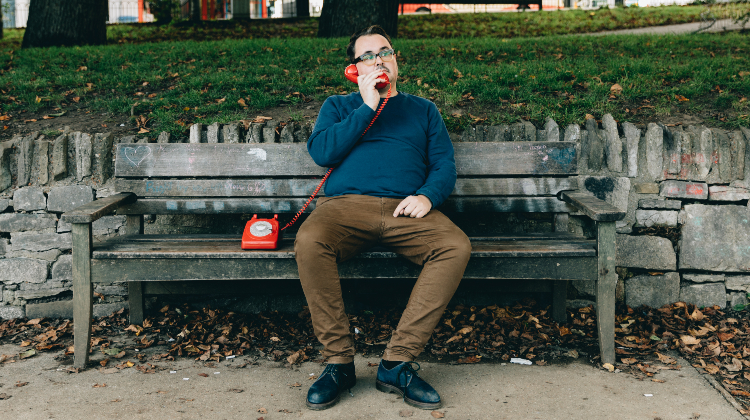 Image from Tommy The Queer Historian's How Disabled Are You.

“That’s what we do really well at the Park, we tell stories just like Netflix does so if somebody wanders in from another planet they will come away feeling they have seen a really good story.”

The dream is to produce all of the work that appears on their stages themselves, and Come What May is a tiny step in that direction.

“The companies in the Come What May festival are exactly the kind of companies we want to build relationships with. Some of the most exciting proposals we have had over our history have come from newer emerging companies, but those companies are often less well financed, and that means if we need a certain amount of income from rentals it often means they can’t afford to come here. We have lost some exciting shows because of that. So, what we are looking for is to get out of that trap and get to a position in an ideal world where every show that comes here is on a box office split and we can always welcome the best work in, not just the best work from the ones who can pay.”

Hosting some companies from the Vault Festival is a way of starting to break that mould and find a new model and making new relationships. Bond himself finds it hard to select out particular shows from the programme but says he is looking forward to seeing The Queer Historian’s How Disabled Are You which challenges mainstream perceptions of disability, and Police Cops’ Badass Be They Name a physical comedy in which vampires invade a kitchen sink drama, which he promises will be “bonkers and lots of fun.”

“We feel lucky to have these companies with us, and lucky to have been able to take up some of the slack from Vaults. Come What May is a chance for them to present work which otherwise might not be seen, and it’s our chance to test a new model of box office splits. We’re not there yet, but we are trying to break with the old ways of doing things. We have to because running that way makes you feel like Sisyphus eternally rolling his stone up hill. It never stops.”

Cover image of the Park Theatre in Finsbury Park. The Come What May Festival runs from the 2nd May through the 28th May 2022. The full programme can be found here.