Why you should join the Watch Party on Friday at 7.30pm on YouTube.

It’s True, It’s True, It’s True is an absolutely belting piece of contemporary theatre created by Breach Theatre focusing on the 1612 trial in Rome that saw the painter Artemisia Gentileschi accuse Papal Court artist, Agostino Tassi, of raping her when she was a teenager. It is a blistering indictment of how the rape survivor often ends up as the person on trial. Think Christine Blasey Ford. With extra thumb screws.

Oh, so it’s historical drama? It is, but not as you know it. Billy Barrett’s pared back production has a steely feel that makes unfolding events seem startlingly modern. Throw in a touch of Patti Smith and the Slits and you have a show that speaks back and forth across the centuries and melds real discipline with something more punkish.

It’s great to watch the NT Live screenings, which I’m loving, but they come to us with a lot of subsidy and gloss behind them. We really also need small independent companies such as Breach who are constantly pushing at the boundaries of theatre and in a short career have reinvented what we mean by verbatim and documentary theatre. It’s True, It’s True, It’s True is a devised piece but very firmly based on the original transcripts of the trial. 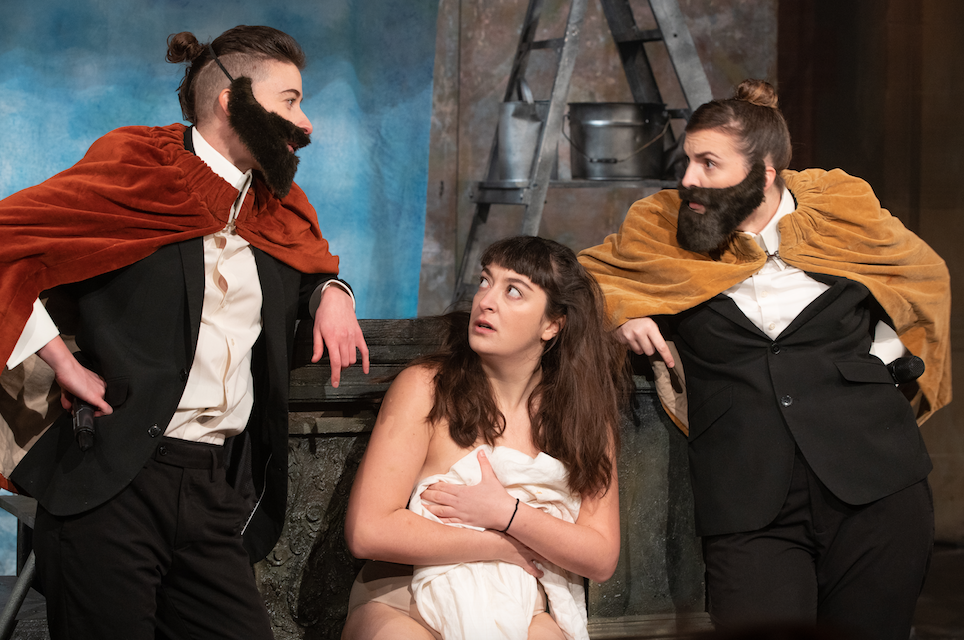 Sound a bit dry? It's not in the least. It has got a real playfulness about it, and one of the most startling visual moments that I’ve ever seen in theatre. Real gasp out loud stuff.

The show was supposed to have been at the Barbican this month to coincide with the opening of the Artemisia Gentileschi exhibition at the National Gallery. Of course, both have been cancelled, but the show is many things including a brilliant art history lesson about how the male gaze dominants not just how we see a painting but how we view history itself. The pain, horror and violence that Gentileschi experienced was transformed in her art. In Susannah and the Elders and Judith Slaying Holofernes her defiance, anger and resilience shine through. If you want to know more after the Watch Party head over to Instagram at 8.45 where there will be a live Q&A with director Billy Barrett, hosted by Amber Massie-Blomfield.

That defiance, anger and resilience shines through in co-writer Ellice Stevens’s performance as Artemisia. She is quite simply magnificent. She stands tall and strong as an oak tree despite the roaring winds of patriarchy that try to bend and break her. In fact, the whole thing is an example of really interesting contemporary acting with eye-catching performances from the all-female cast with Sophie Steer as Tassi and Kathryn Bond as Artemisia’s friend Tuzia. 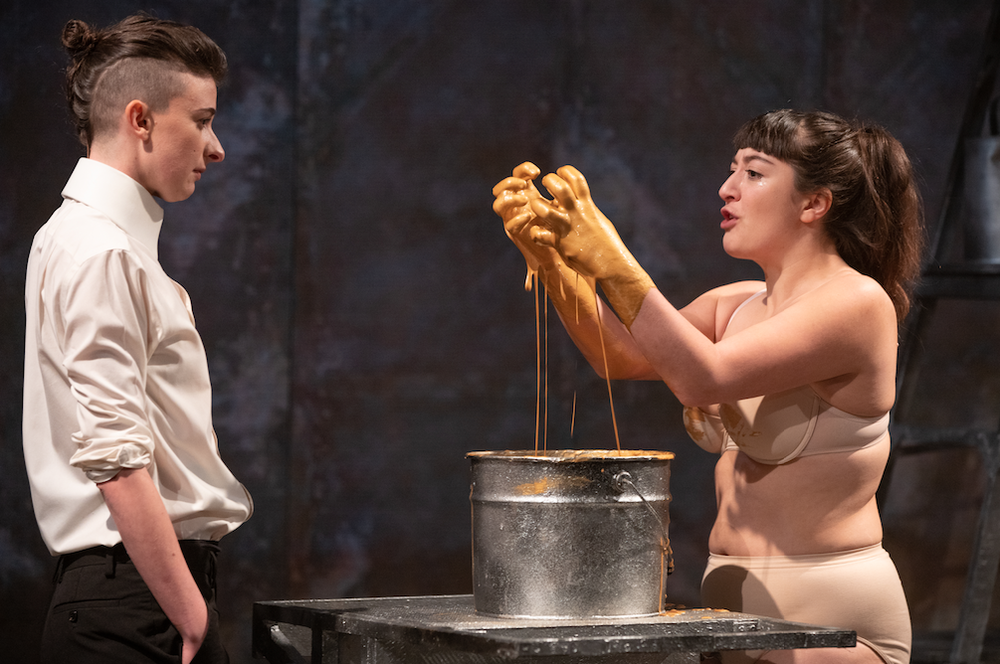 The show never once mentions #MeToo but it bounces and shimmies off of it in illuminating fashion. It allows the audience to make the connections for itself. It also reminds that over the centuries sexual abusers have always employed the same strategies in courtrooms to try and salvage their reputations, whether they are Agostino Tassi or Harvey Weinstein.

Artemisia Gentileschi had the last laugh. Her work is in galleries all over the world. Agostino Tassi, the better-known painter at the time, is merely a footnote to her story.