"It's about feeding the future": Royal Court's inspiring season of new plays

What If If Only 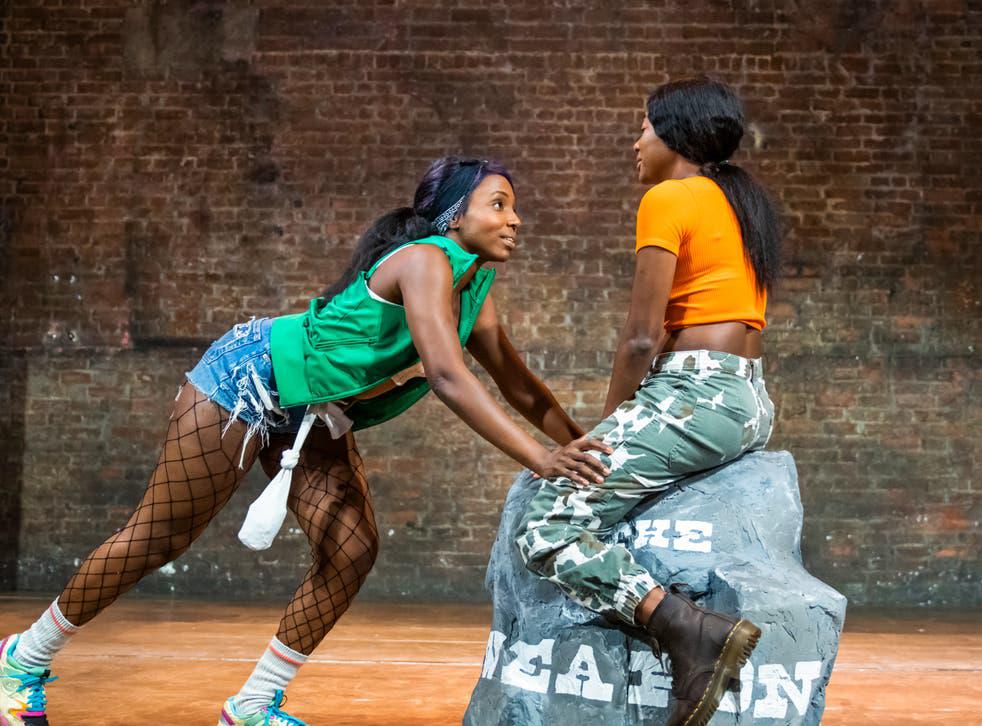 Is God Is at Royal Court. Photo: Tristram Kenton

When the Royal Court was shut down by Covid in 2020 artistic director Vicky Featherstone promised that the plays already programmed would go ahead when the theatre re-opened. It was a big promise.

The danger, of course, would be that the season of plays written and programmed before the pandemic might look a little out of step with the times as we emerge blinking into a different world. But that doesn’t feel the case with a season which also embraces Pablo Manzi’s A Fight Against (December 9-Jan 22), a play that traverses the Americas and probes questions about community and violence, and The Glow (from January 21 2022), the latest from Pomona writer, Alistair McDowall, about a woman with no name or memory who is plucked from a 19th century asylum to be a medium’s assistant.

As the Court’s literary manager Jane Fallowfield, who arrived in her role after stints at Talawa and Clean Break, observes, these plays “are all big epic plays that have deep roots and are deeply felt. They may not have been written quickly, but their roots go so deep that they reveal where we are and how we got here. They were not written in response to the moment, but they are responsive to the moment.” She adds that there are several plays in this season that slip slide between the past and the future and which ask questions around storytelling and how “if you have the power to tell your story you can remake the future.” That sounds both exciting and essential because of where we currently find ourselves with the challenges of Covid, climate change and Black Lives Matter.

Fallowfield sees her job as “being aware of the Royal Court’s history and holding that space but also being alert to the fact that it is a radical place. It can be like walking alone a knife edge, but I’m always aware that this is a space where you and writers can be quite impish.” Both in terms of content but also form, and asking questions about what we mean by new writing.

But if a lot of the work behind the scenes is painstaking and about developing long relationships with writers, many who will have passed through the Court’s own playwrighting groups, that depth of engagement with writers means that the Court has the relationships and is well positioned to be immediately responsive when the need arises. When Caryl Churchill’s latest short, What If If Only (running until October 23) arrived through the letter box it was programmed quickly.

“Caryl sends her plays to Vicky, and every play blows our minds and challenges what we think is possible in the theatre, so deciding to programme it is always a no-brainer. Of course, you are going to do it.” says Fallowfield.

Although other plays take longer to develop, sometimes years, Churchill’s play is not the only one in the season responding to the here and now. Only announced on Friday, this week, the script in hand production of Lucy Kirkwood’s Maryland (October 7-16) , a play about violence against women, is being staged in the wake of murders of Sabina Nessa and Sarah Everard and the urgency that women feel about the situation that affects their daily lives. It has less than two weeks to reach the stage from the moment it was suggested.

“It’s a play that Lucy had been thinking about and writer for a long time but was written in response to Sabina Nessa,” says Fallowfield, and its programming reflects the lead that the Court has taken in recent years in exploring female experience and responding to #MeToo.

Kirkwood herself says: “I hesitate to even call it a play when it is simply a howl, a way of expressing what I feel about a culture of violence against woman, but I am sharing it because I wonder if it might express a little of what other people feel about it too.”

There’s will be more work by women next year including Sarah Hanly’s Purple Snowflakes and Titty Wanks (from Feb 1 2021), a one woman play about a young Irish woman with a secret.

There have been concerns over the last 18 months what the halt in production at new writing theatres will mean for emerging writers. But with the cohort of 35 new writers for the Court’s Introduction to Playwrighting course just announced and new initiatives with companies such as The Queer House and Graeae underway, Fallowfield thinks that new writing will thrive.

“It’s about feeding the future and about trying to ensure that as many playwrights as possible get a chance for their plays to meet an audience. That’s our job, and it’s a privilege to do it.”