It’s been a long 16 months in theatre, but amidst all the gloom there have been moments of joy.

One of those was the re-opening of the Open Air Theatre in Regent’s Park last summer for a concert version of its hit show, Jesus Christ Superstar. Audiences flocked in, and although only 400 a night could be accommodated their response was thunderous: if the theatre had had a roof, they would have raised it.

Now almost a year later the much-loved outdoor theatre is reopening for its 2021 season, and director Timothy Sheader-- whose leadership has been transformed the theatre’s artistic reputation-- is understandably nervous. Normally at the start of a summer season it would be about whether the rain gods will smile on the theatre’s performance; this year there are more pressing concerns.

“When we opened last year the infection rate was incredibly low and there was a real joy in being able to re-open and to do it quickly and fast. But there is more riding on this year’s season,” says Sheader as he tells me about the theatre’s summer offerings, which include Kimberly Sykes’ postponed 2020 production of Romeo and Juliet and Sheader's own staging of Carousel, as well as some family-friendly treats. 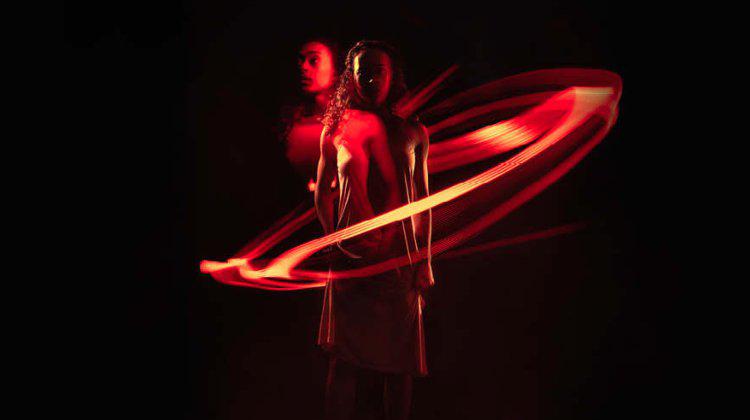 This year’s season is possible only because the theatre received Cultural Recovery Funding (CRF). It will run at a substantial loss because of Covid-19 restrictions that affect both audience numbers but also how casts rehearse and interact and the rules around self-isolation. If your Juliet or Julie comes into contact with an infected person they'll be unable to come to rehearsals for 10 days and that’s a genuine problem. But Sheader is pragmatic.

“Going back to work is a privilege as well as a responsibility, and we want to make sure everyone is safe,” he says pointing to the fact the theatre had never seen the June 21st date on the roadmap as set in stone and had budgeted to be socially distanced until September. But this is the last year that the theatre can operate on reduced capacity.

“We will have reached the end of our CRF money and any reserves after this summer.” That is the gloomy prognosis for many theatres across the country. But Sheader remains upbeat and has reason to be.

It’s telling of the affection in which the venue is held that when the Open Air Theatre announced the postponement of its 2020 season, 75 per cent of bookers kept their money at the theatre, which helped the cash flow no end. But that made it all the harder this year when Sheader realised the Open Air could present a season of two shows at a loss but not more. The previously announced production of 101 Dalmatians was too costly (and difficult to rehearse because of the puppetry) but Romeo and Juliet and Carousel have made the cut. 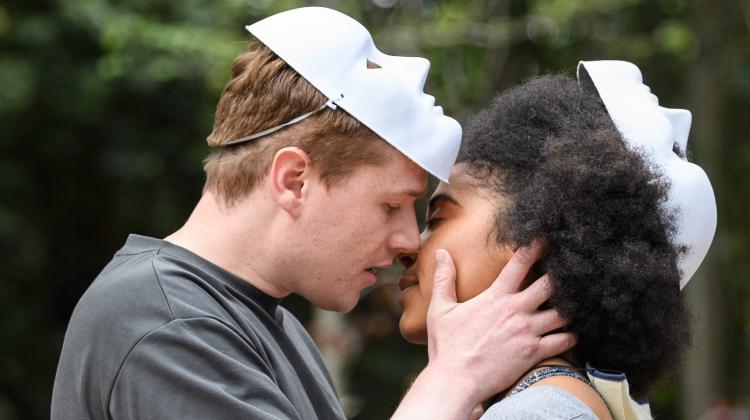 But do we really need another Romeo and Juliet? Sheader doesn’t think it’s a cheeky question but reckons that Kimberley Sykes’ production--which takes its cue from Shakespeare’s mention of an earthquake 11 years previously--will speak to surviving catastrophe and to intergenerational inequalities. The latter has been exacerbated by Covid too.

“Watching a run through I was very moved, it was cathartic, and I was struck by how very now it felt, set in a society that is trying to reconstruct itself, and how somebody older like the nurse and the young people view things very differently.“

He’s not worried that the Globe is also doing Romeo and Juliet this summer too or that the NT recently made a highly acclaimed film version starring Jessie Buckley and Josh O’ Connor which was screened on Sky Arts. He points to the fact that when the Open Air Theatre staged A Midsummer Night’s Dream in 2019, the Globe and the Bridge were also staging the play “and we all sold out.” He adds, that Romeo and Juliet lives on “because there is such joy in it. I know it’s a tragedy, but it’s a play about love too.”

Of course, there’s joy too, as well as a glorious score in Carousel. Still, for all the jolly clam bakes, this story comes freighted with attitudes towards domestic violence and coercion that don’t sit easily with modern audiences, particularly in the era of #MeToo.

The company of Carousel.

Sheader says he’s not going to shy away from that, saying it’s a show “set in a working class coastal town, following two couples whose relationships are shaped by the capitalist patriarchy and gender violence.”

He bemoans the fact it is so much harder to reinvent a mid-20th century musical in the way that somebody like Simon Stone can reinvent a play like Yerma; the lyrics need to scan, there are issues with structure, and estates can prove resistant. But in the case of Carousel, the Rodgers and Hammerstein estates have given him permission “to reshape, reorder and excise.”

But will people want to see a staging that confronts the complexities and darkness of the story?

“I think so,” says Sheader. “After everything people have been through, we could have gone for something light, a musical comedy like Hello Dolly. But I don’t think people just want escapism. I know I don’t. I want to engage with things that shed light on our anxieties.”