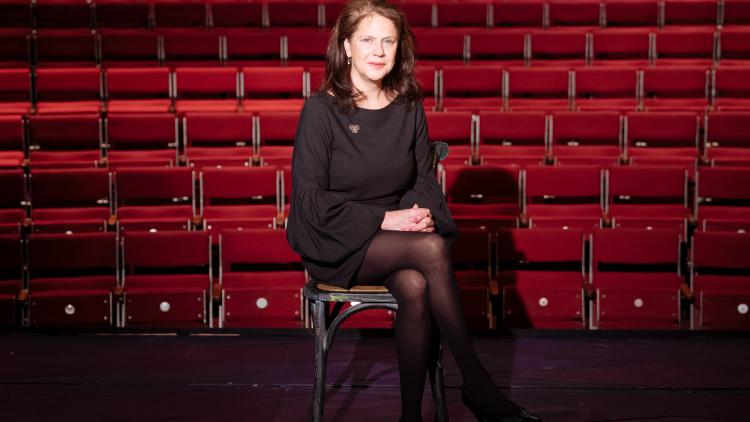 Starting over again can be scary, but it can also be invigorating because returning after an interlude makes you wonder why you’ve always done things the way you have. Hampstead Theatre’s artistic director, Roxana Silbert, has found that returning to the rehearsal room after the pandemic has been a process of recalibration and questioning.

“Rehearsing a play is a muscle and it’s taken a while for the whole team to rebuild the physical resilience and focus; it was as if we had forgotten how to do it,” says Silbert on her way to the rehearsal room for Hampstead Theatre’s latest show downstairs, Raya, written by Deborah Bruce. “But it’s also been an opportunity to be creative and ask ourselves whether because we’ve always done things one way, we have to keep doing them like that?”

The pause in theatre production has given Silbert, who had barely got her feet under the table as the successor to Edward Hall when the pandemic struck, the opportunity to think a lot about how Hampstead sits within communities. Arriving from one of the biggest regional theatre, Birmingham Rep, in 2019, Silbert was taking on a theatre that had a strong, if sometimes (under her predecessor) contested profile for new writing, but which often seemed to sit aloof in the Swiss Cottage square where it is located. It seemed perched but not fully embedded.

Silbert’s experience at Birmingham Rep, where she says “community engagement is part of its soul”, combined with the pandemic has changed all that. Hampstead will remain a significant new writing house; it is after all where Silbert cut her teeth as a reader of new plays under then artistic director Jenny Topper. Silbert’s programmed season which looks both back and forward and which includes The Death of a Black Man and Sam Yates’ production of Tennessee Williams’ The Two Character Play in the main house, and Raya and Tom Wells' Big Big Sky in the studio—suggests that its legacy and new writing future is in safe hands. 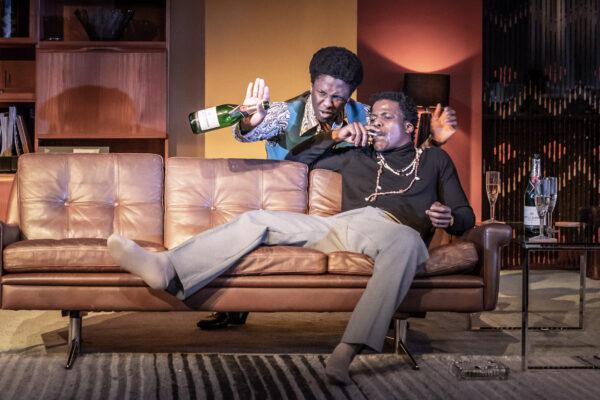 The Death of a Black Man at Hampstead Theatre. Photo: Marc Brenner

But its mission might be stronger. Silbert has spent the last year not just developing plays but also relationships with her neighbours.

“At a time when 1000s of people are dying, if your role as a theatre is just to put on plays it is not enough. We are a theatre that has a national reputation, but we must also be one that is a truly local theatre too. We need to be an imaginative space for everyone including those living on the estate behind us too.”

Getting the theatre back open was a priority, not least because production means the employment of freelancers, but Silbert and her team have put safety first. The theatre spaces are budgeted to be socially distanced until Christmas and they have an air filtration system which means the air in the theatre is refreshed every three to five minutes. That’s important at a time when audiences need to be confident that it is safe to go back into the theatre.

“I have become an expert on ventilation,” says Silbert wryly. “We have been rigorous over safety. Talking about ventilation can sound dull but we are talking about people’s lives. We have to be responsible.”

The summer season feels very much like a trial opening to see how audiences feel, but the fact that demand for Raya and Big Big Sky has been so high suggests there is an appetite not just to return to the theatre but for new plays. Although the programme is not yet fully announced, Silbert is in fact fully programmed through 2020 with treats including a new piece created by Katie Mitchell and a chance for Silbert to get her teeth into one of Hampstead’s greatest hits, Marsha Norman’s ‘Night Mother, which she has long wanted to direct.

But in the meantime her attention is on Raya, which she describes as “a perfect gem of a play.” Silbert had commissioned Bruce to write it just a week before the pandemic and she delivered it shortly afterwards, quite a feat at a time when many playwrights for understandable reasons felt frozen.

“It’s a play about a university reunion and people meeting up and it is wonderful about the menopause and the instability of middle age. We see lots of plays about young people working out who they are but this is one about being older and still doing that. It really is an amazing play. I feel lucky to be directing it.”

For more on Hampstead Theatre's 2021 season and updates on new announcements, follow the theatre on Stagedoor