The Misfortune of the English

Knowing when the time is right to leave is as much an art as running a major theatre. The Orange Tree’s Paul Miller has decided that time will be at the end of this year after eight years as artistic director. When he departs, he will be leaving behind a theatre which is not only in good financial shape (despite the pandemic) but which has been transformed artistically. It has become not just a local theatre serving leafy Richmond on Thames but is now a significant destination on London’s theatrical map for adventurous theatre goers, wherever they reside.

Miller’s Spring season is a reflection of that, beginning with Sonali Bhattacharyya’s coming of age story, Two Billion Beats, about two sisters learning what it means to stand up for what you believe, and continuing with a rare revival of Tom Fool, a brilliant and at this moment very pertinent play about a family struggling with the high cost of living by German writer Franz Xaver Kroetz. That’s followed by the UK premiere of Pamela Carter’s The Misfortune of the English, inspired by the true story of a blundering school party of 27 English school boys and their teacher who arrived in Nazi Germany in 1936 and got into difficulties in the Black Forest after ignoring local advice about an approaching blizzard.

“It is,” says Miller, “a play about storytelling and memory, a certain kind of stubborn Englishness and there are obvious echoes about what’s going on in politics today and in our relationship with Europe. I jumped at the chance to do it.” Bringing up the rear is Miller’s own production of The False Servant, a deliciously vicious 18th century comedy in a version by local writer, Martin Crimp, whose illustrious international career began at the Orange Tree in the early 1980s when he answered a newspaper advert for local writers. 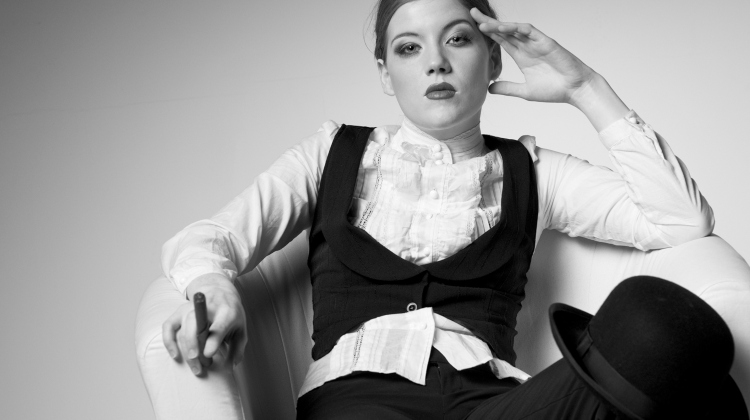 Promotional image from The False Servant opening at Orange Tree in June 2022.

It’s all tempting stuff, but Miller’s tenure at the theatre began in a far less happy way with the news-- on his first official day in the job--that the Arts Council would no longer be supporting the Orange Tree with core funding as a National Portfolio Organisation (NPO). At that point less tenacious people might have walked away from the job and suggested the theatre pull down the curtain for good, but Miller is by his own admission extremely stubborn.

“I just thought there was a chance we could make it work because at that stage ACE’s investment was only 24 per cent of turnover. Maybe it didn’t have to be the end of story. I think it was a mixture of naivety, chutzpah and stubbornness that kept me going. We became more efficient and identified that there hadn’t been a high level of fund raising and got to work on that and artistically I thought I could try and change the artistic programme by mixing new things in around work which would appeal to the core audience. That often much derided core audience of local Richmond on Thames burghers has been key, and Miller won’t hear a bad word about them.

“Contrary to stereotype, they are the most adventurous of our audiences. They come and they come regularly, and they book for the new plays, and sometimes they say ‘that one last month wasn’t for me’ but they come back. I really couldn’t ask for more.”

In fact, Miller has played a canny game with programming by entwining Rattigan revivals and better-known titles with new plays by new and newer writers including Jo White (Mayfly), Alistair McDowall (Pomona) and Josh Azouz (The Mikvah Project). In the process he has succeeded in satisfying completely different sets of playgoers.

“It amuses me—in a good way—because what I often hear are two diametrically opposed views about what I’ve done at the Orange Tree. One is that ‘it hasn’t really changed, and the Orange Tree still does those rediscoveries just liked it used to’ and the other is ‘it is completely transformed and is an entirely different animal.’ I think there is some truth in both those statements because both are possible at the same time.”

Production image from The Mikvah Project at Orange Tree in 2019.

What is undoubtedly the case is that the Orange Tree’s offering is a much more diverse one and which looks outwards not inwards and looks to the future and not just to the past.

“Right from the start back in 2014 I started moving away from a house style so who you see on stage, what you see on stage and the teams of people who have brought that work to the stage has been much broader and more diverse. It was necessary and it has a bracing effect which is good for a theatre. During my appointment process I told the board that I wanted to get more of the world into the Orange Tree and get more of the Orange Tree out into the world and we have done that, and the way we have done that is by working with different people and co-productions, whether it’s with ATC (which originated tours of both Amsterdam and Rice in co-productions at the Orange Tree) or English Touring Theatre or Farnham Maltings.” The policy has brought other dividends too, with two plays—Pomona and An Octoroon—making the journey from Richmond to the NT on the Southbank.

But Miller has also played a part in making the Orange Tree a place where directors near the start of their careers can develop and thrive. He reckons that the careers of directors starting out in London is blighted by “London’s architectural bottleneck. There are lots of ways into directing at very small theatres in London but there is not a lot between the Finborough and the Dorfman. It is difficult to sustain a pipeline of talent and the Orange Tree has a part to play in that, by not just giving directors one shot but working with them while they establish themselves a bit.”

Miller will leave the Orange Tree knowing that it is in a far better place than when he arrived and despite the loss of ACE core funding its future is secure.

“I’m really proud that it’s in good nick financially and in terms of reputation. I really hope that means that when the recruitment process for a new artistic director starts (in the summer) a raft of fascinating, fabulously interesting people will apply because it is now seen as a really good job to do. I’ll be proud to be leaving the Orange Tree at a time when it feels like a place so ripe with opportunity and I’ll enjoy having a rest from running a theatre and watching from a distance what the person after me does.”