You have Lynette Linton’s mum to thank for the fact you can get a £1 cup of Yorkshire tea at the Bush Theatre.

Linton, the sparky new(ish) artistic director of the Bush Theatre in West London—who became one of theatre’s brightest rising stars after staging the Donmar & West End hit Sweat—believes there are many kinds of creativity.

For Linton it is as important to bring her creative touch to bear on what the bar sells, and at what price, as it is to hit all the high notes in programming the year-long season of work that is currently underway.

“My mum is my gauge,” says Linton. “She wants to be able to have a cup of tea and not pay too much for it. It’s a constant reminder for me that you have to step outside yourself. I think of the Bush as home and I am comfortable here, but will that 15-year-old who has never been to the theatre before? Or my own Irish mother, who calls me up before every show and asks me if she needs to dress up to go to the theatre? You can’t tell the world, particularly young people ‘this is your space' but then say, ‘oh and a cup of tea will cost you a fiver.’”

Linton’s first season began in September with a wonderful revival of Jackie Kay’s overlooked Chiaroscuso, directed by Linton herself with a musicality that responded to Kay’s poetic text. It was a revival that reminded contemporary audiences that there is a long history of radical black playwrighting, particularly by women. 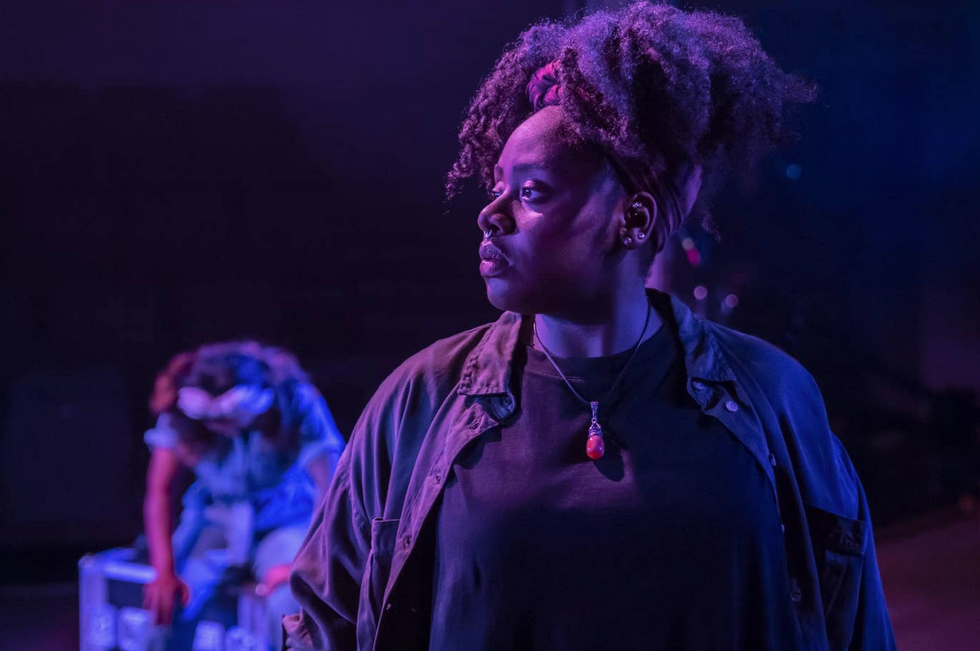 Shiloh Coke as Beth in Chiaroscuro. Photo by Johan Persson.

“We stand on their shoulders,” says Linton who says she was intrigued by how many said after seeing Chiaroscuso that it was the first time that they had seen two black women kissing on stage. “In 2019!" Exclaims Linton. “We keep talking about diversity as if it’s a new thing, but Jackie wrote that play in 1986, over 30 years ago.”

It is no surprise that on the stairwell one of Linton’s creative touches is a series of quotes from black artists including Toni Morrison's reminder that:

“definitions belong to the definers, not the defined.”

Richard Gadd’s knotty, unsettling Edinburgh hit, Baby Reindeer, has just finished its run at the Bush, and later this month the third production in the season, The Arrival, takes to the stage. It’s a family drama of discovery and loss, written and directed by Bijan Sheibani, best known for his work as a director on productions of The Barbershop Chronicles and Dance Nation. 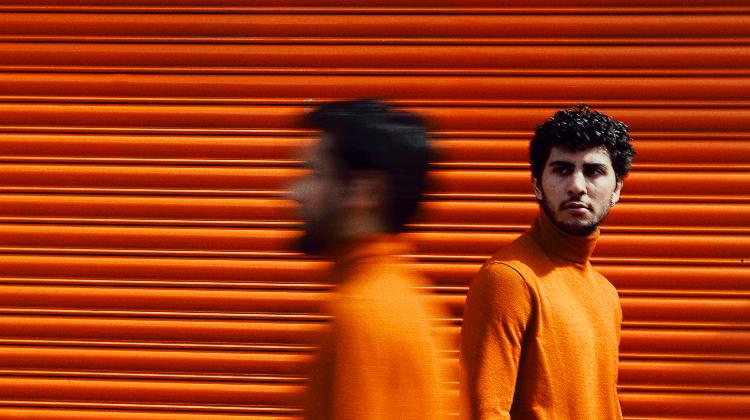 The Arrival, coming to Bush Theatre.

If bringing down the price of crisps in the bar is a passion, then so too is supporting writers and directors and opening up the Bush to new voices and new audiences. Linton reckons the two always go hand in hand. She grew up in Leytonstone in East London at the other end of the Central Line from the Bush and sees lots of the same issues—including gentrification—affecting both places. It took her years to realise that theatre was for her, and it took Rikki Beadle Blair to point out to her that she was a writer and a director.

“He realised it before I realised it myself,” says Linton who wants to be an enabler of others just as she has been enabled by others including Christopher Haydon, the former Gate director who has just been appointed to run the Rose in Kingston, and Josie Rourke who put Lynne Nottage’s Sweat in Linton’s hands and suggested that she might like to direct it.

“Sweat was a big show and she trusted me to do it, and do it well. I want to do that for other people.”

Hence the number of debuts in this season. Linton has no truck with the idea that writers need to graduate to the Bush. “If it’s a good play, let’s help them to put it on not tell people to go away and get more experience.”

The Bush has always been a writer’s theatre and under Linton it will remain one with writers and directors at its heart. New writing, particularly by unknown voices is often considered a box office risk, but Linton prefers to see it as an opportunity to get new audiences in to see new stories by new voices. For her programming is a joint effort by the whole team, stitched together by lots of people and not just reflective of her tastes and choices.

“It is so important that there are other voices in the conversation, it is never and should never be a singular vision.”

She knows that some people find the idea of going to the theatre intimidating but points out that theatre is just storytelling, in one of its oldest forms, and that human beings are programmed to respond to stories.

Great storytelling is at the heart of Linton’s first season that she likens to a jigsaw in which every piece is part of the puzzle that creates a greater picture.

If Chiaroscuso honoured the past, the stories that were told by pioneers like Kay but then were lost again, then the final show in the season, Level Up–which will premiere next May—has its eyes firmly on the future. Written by actor Malachi Kirby, it is a show made with, about and for young people examining the choices they are forced to make. There will be 1000 free tickets available for young audiences. 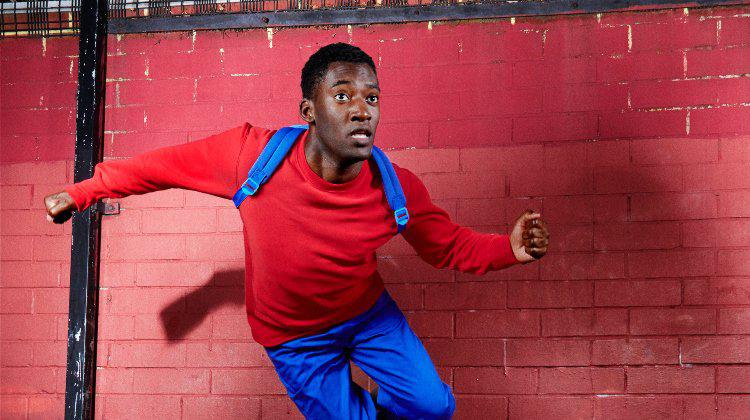 Level Up, coming to Bush Theatre.

Before that, there is a chance to see Zia Ahmed’s full-length debut I Wanna be Yours, a love story about two people from different backgrounds and cultures that is a co-production with Paines Plough. In February, there will be more family drama with a twist in Temi Wilkey’s The High Table, a play that came through the unsolicited scripts pile and which Linton says she knew she had to produce as soon as she read it. The last piece of the jigsaw is Collapsible, Margaret Perry’s Vault and Edinburgh hit which is a deliciously distinctive mix of millennial female angst in collision with Samuel Beckett. 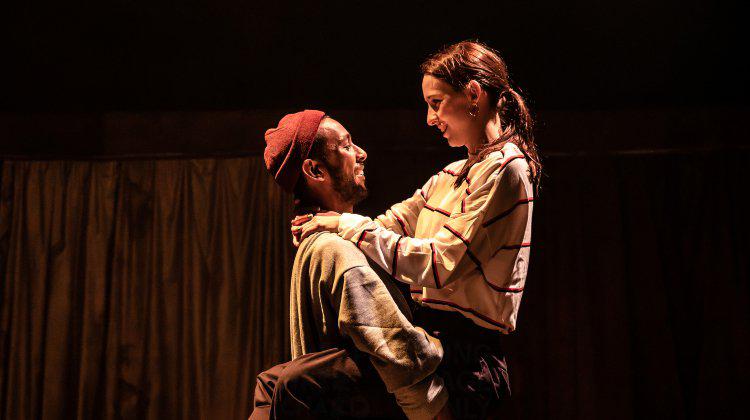 I Wanna be Yours, coming to the Bush Theatre.

“There is something for everyone in this season,” says Linton who reminds that it is not stories that are inaccessible to people but institutions and the way they are set up and run. “We need to change that, we need to open up our theatre spaces. I feel that so strongly. I grew up with,and am still friends with people who were worried about coming to see Sweat because they were scared they wouldn’t understand it. It’s our job and responsibility to make a night at the theatre feel as easy as watching Netflix.”

You can book tickets to all Bush Theatre shows right here on Stagedoor for the same price as going direct.

Level Up runs at the Bush from Fri 1 May to Sat 6 Jun.