The atmosphere is tense. A clock is ticking down. On the table there is a pot of money. Everyone around the table is trying to decide how to spend that money.

Witness for the Prosecution

Should you divide it up between you and go to the pub? Give it to one individual? Donate it to a good cause? Put it all on the 3.30 at Haydock? There is fierce argument and passionate pleas. Unless there is unanimous agreement over the next hour, the pot rolls over to the next night and next group of people. The clock ticks. There is 10 minutes left and the tension rises. Now there is only 5 minutes left. Will a decision be made in time?

Welcome to The Money, a genuinely thrilling but uncategorisable interactive piece of theatre that takes up residence in the debating chamber at County Hall this week. It arrives in London, courtesy of producer Eleanor Lloyd, at a time when theatres are re-opening and hordes of familiar pre-pandemic shows are returning. Lloyd is putting her money on the fact that audiences may be looking for something new, something distinctive to tempt them back into the theatre.

“There will be an eagerness by theatre-goers to experience something different,” says Lloyd.

I think she may be right, and The Money is certainly that. It is like nothing else you have ever experienced, full of reflection, angst, theatre and high drama as the piece becomes an active demonstration of negotiated power, and the processes of decision making and working together. 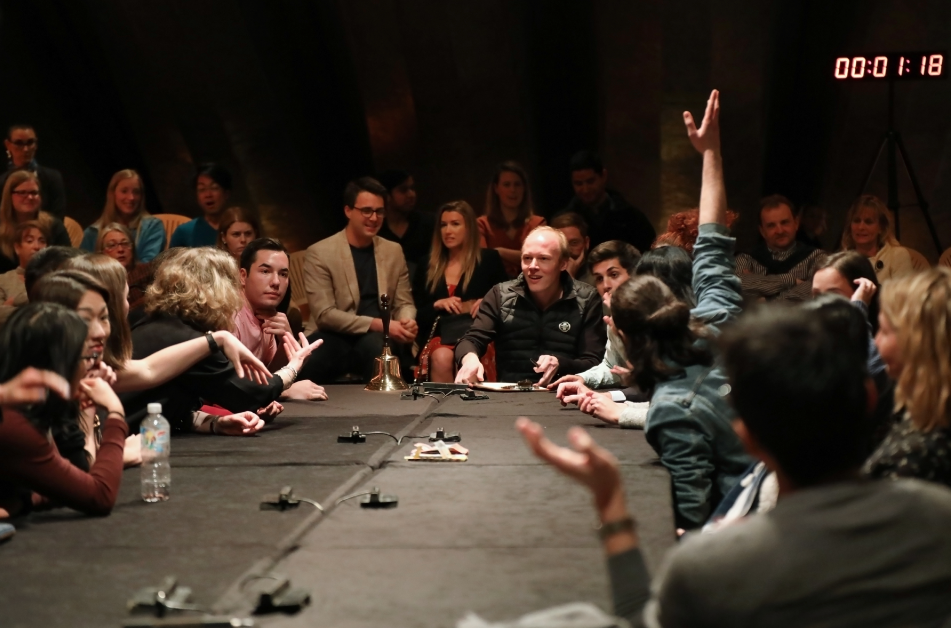 It’s a piece which has as much tension as a psychological thriller, all the immersive power of a Punchdrunk show, and which is as complex as anything written by Tom Stoppard. But there is no actual script because it is the audience who make the show each night within a clever structure dreamed up and rigorously tested by artist Seth Honnor of Kaleider. Part of its cleverness is that it allows audiences exactly the level of involvement and interaction that they individually feel happy with: you can buy yourself a place at the table or you can simply observe. There is always an option to shift roles at any point. Some people do so several times during the show.

Intrigued? Producer Lloyd—responsible for West End hits including Witness for the Prosecution, Emilia and Handbag—was when she saw the show in Gloucester cathedral and decided to bring it to London and into County Hall’s debating chamber. This space's long history of fiercely fought debate should provide the perfect setting and heighten the natural drama.

“My gut instinct is that there's an audience who won’t be put off by fact it doesn’t fit into any box. I keep doing these shows where the thing that makes them good is their complexity. It was like that with Emilia which, like The Money, is hard to pin down” says Lloyd.

Of course, Lloyd knows she is taking a risk, but she says that theatre producers are by the nature of the job “programmed to accept risk” and argues that as theatre re-opens, producers are all swimming in unknown waters because it is hard to know in this new world whether audiences are ready to go back to the theatre and what they will want to see.

“As a producer you have a learned gut instinct about how things work and how audiences might operate. But we are now feeling at sea because we just don’t know how audiences will behave. Normally I would be able to tell what I’d want the advance [ticket sales] of a show to be in the week or so before it opened but I can no longer know. I can’t be confident in the way I would in the past of how many tickets we might sell on the day. Fewer? More? Producers are feeling excited to be back but there is quite a lot of trepidation. Because we don’t know what will happen.”

There are some indications that some shows are selling very well, including Constellations, and some of the big musicals, but in this new world in which nobody can second guess audience behaviours, it makes sense to try something different such as The Money. It’s the same kind of thinking behind Sonia Friedman’s Re-Emerge season at the Harold Pinter and Nica Burns taking a chance on new shows by new producers at Nimax theatres. It’s interesting that it is women who are taking the lead. 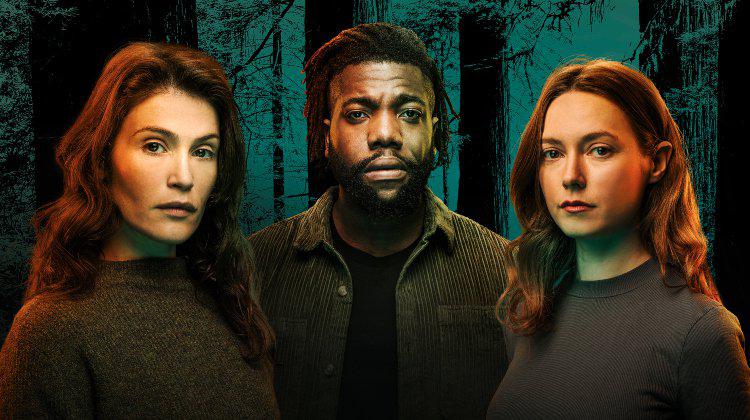 The cast of Walden as part of Sonia Friedman’s Re-Emerge season.

Lloyd is confident that while the coming months may be tricky for theatres and theatre producers, they will find ways to negotiate audiences tastes and behaviours, and the fact that city centres are likely to remain less busy for some time to come.

In the meantime, she hopes that the current situation will allow shows such as The Money that might normally not find a home in London’s theatre ecology to get their chance and thrive.

“There is nothing quite like The Money. I would say that the idea that a group of strangers can come into the venue and come together, have a conversation, and come to an agreement about something and enjoy the drama along the way is remarkable in what we think of as an incredibly divided society. It is exciting and cheering. There’s an optimism about that.” A big dash of optimism is what we all need now, whether you are a theatregoer or a theatre producer.

The Money opens on Wed 26 May and is booking until Sun 18 Jul. You can find tickets here.