“I’ve never seen risk like it, certainly not during my career,” says David Byrne, talking about the theatre sector’s stuttering attempts to open up at a time of rising infections.

“We’re in a very challenging situation. It’s not just about people being pinged, it’s people catching Covid. There are so many cases. Many theatres spent the last year of thinking how they can outsmart the pandemic and thinking if you could just come up with an ingenious way of making your auditorium safe it would all be OK and now they are discovering it’s not, and it’s scary.”

Byrne reckons the situation for NDT and other theatres is perilous, pointing out that before the moment of re-opening many were cushioned by Cultural Recovery Fund monies and the furlough scheme. But he is a man who knows all about taking risks on the unknown and in circumstances others wouldn’t countenance.

Think of any interesting rising company in British theatre from Silent Uproar to Kandinsky and there is a very strong chance that at some point in their career they have been supported by the New Diorama Theatre.

The 80-seat theatre situated in an office development off the Euston Road has, under Byrne’s leadership, become one of London’s most exciting theatres working with early and mid-career companies from Breach (It’s True, It’s True, It’s True) to the Pappyshow, from Nouveau Riche (Queens of Sheba) to Split Lip. The latter’s Operation Mincemeat, currently wowing audiences at Southwark Playhouse, first saw light with support from NDT. It would have been impossible without it. 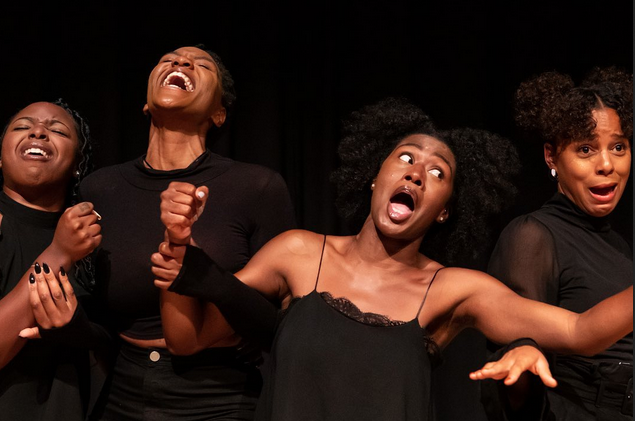 Queens of Sheba by Nouveau Riche.

New Diorama, which doesn’t get any core funding from the Arts Council, is a lesson in how generosity pays dividends when it comes to artist development. We all know that the most adventurous and transformative work in British theatre almost always comes out of the independent sector and seldom the big institutions, and regular theatre-goers at NDT are likely to see it first. It’s what makes it as exciting a place for audiences as it is for artists.

Byrne firmly believes that companies like Nouveau Riche, Police Cops and Ugly Bucket, three of the young companies who will appear in the theatre’s 10th anniversary season this Autumn, will be those taking over on the mid-scale in five to 10 years’ time, not least because as he points out they all attract significant new audiences.

“They are the future; it’s why we must support them,” he says.

The thought of losing the future is terrifying, but last week when one of NDT’s current shows, the off-site immersive piece Crisis? What Crisis? had to be cancelled for a week because one of the cast contracted Covid, Byrne Tweeted: “for the first time budget scenarios showing bankruptcy.”

He wasn’t being alarmist, simply reflecting the truth of the current situation for the New Diorama which always guarantees to underwrite the costs of supported productions and make sure everyone is paid. If a whole production in the current and upcoming season had to be cancelled, either because of cast isolation or illness or possible future lockdowns, Byrne says they could be starring a £80,000 loss in the face. It doesn’t take a maths genius to see how perilous for a small unfunded organisation that would be. 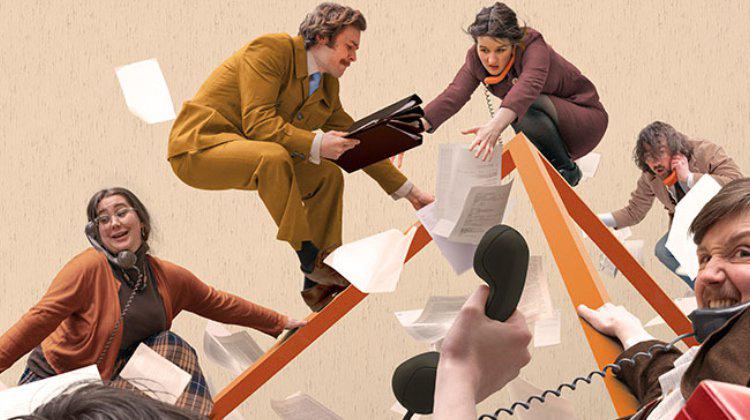 Crisis? What Crisis? by Parabolic Theatre.

“But we will plough on and try and find a way through. We will always do everything we can until we can’t. That is the way NDT operates. We are the artists’ insurance. We can’t do it for everyone, we can’t do it for 50 companies, but we can do it for some. So why not be the most ambitious that you can be?”

Early in the pandemic, when the precariousness and vulnerability of freelancers was staring theatre in the face, Byrne pointed out that theatre likes to think of itself as vastly different from gig economy businesses such as Uber, that have no cars, and Deliveroo that has no kitchens, even though theatres employ almost no artists, so freelancers never have the security that allows them to sustain careers. He thinks that the pandemic has brought a new awareness of the absurdity of that situation which he hopes will help to create change. He sees that as already happening.

The recently announced New Diorama artist development complex at Broadgate which over the next year hopes to support 80,000 artists and hundreds of theatre productions by offering free rehearsal space and shared resources, is, he thinks, a case in point.

“We’d never have got funders to support this two years ago, but the pandemic and the work of the Freelance Taskforce and Theatre Makes Theatre Work has made them better able to articulate why it needs support and better understand the vulnerability of theatre artists and the workforce. That awareness makes it easier for us as an organisation.”

It also makes NDT more necessary than ever.

“Broadgate is designed to be an engine room to support change, and bring people together after a year of being apart. It is an investment in the future and blueprint for how things could be and how other cities all over the world could use the empty spaces that they have because of the pandemic.”