Harry Potter and the Cursed Child, a "love letter to theatre"

Lyn Gardner writes about the phenomenon that is the Harry Potter play, and the "rough magic" of this bewitching production

Right from the start everyone involved from writer Jack Thorne to director John Tiffany and the whole team took care.

They knew how important the Harry Potter books to the audience. As director John Tiffany said prior to the original opening: “I knew in my heart this is theatre on trial because we’ve all read the books and we’ve all seen the films and have an expectation. Sixty per cent of audience who have booked are first time theatre goers so I wanted to create a love letter to theatre and say to people it’s not about comparing the stage show to the books and films, but this is just what theatre can do and no other art form can. All we need is your imagination. So that was the guiding principle for us it felt very pure because of that. Like a kind of rough magic.”

The staging does indeed have a rough kind of magic. Sorcery too. There may be lots of technical challenges, and nobody says its easy to turn suitcases before your eyes or have smoke come out of a characters’ eyes or create books in a library that gobble people up, but this venture is about so much more than just spectacle. When producer Sonia Friedman approached Tiffany to direct and develop the production he thought they had asked the wrong person. “Are you sure you’ve got the right John Tiffany?” he asked. 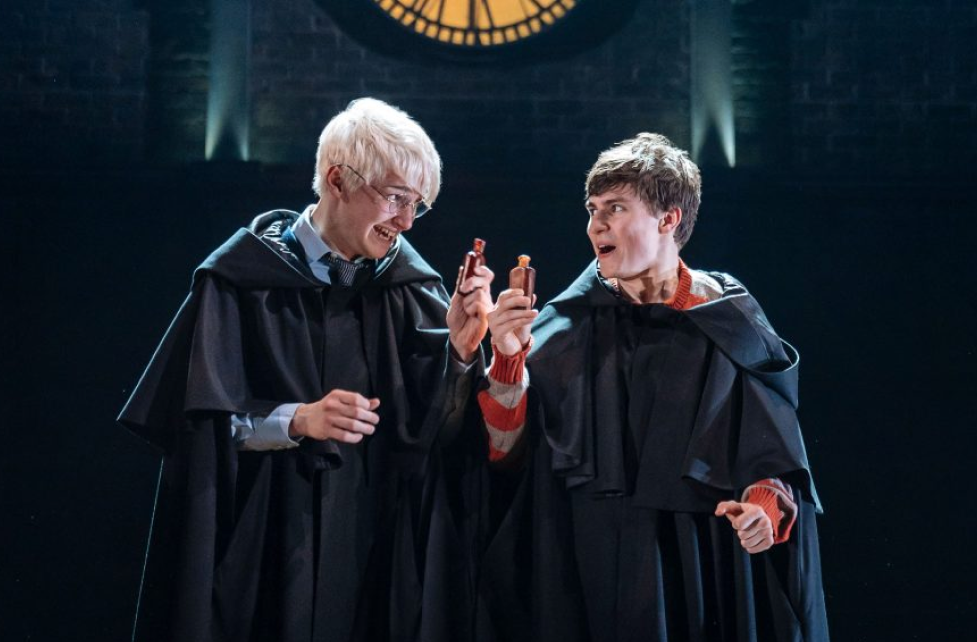 Even if you are not a Potterhead, and have never read the books, or seen the movies, there is still a genuinely emotional story at its heart which will still appeal to those who have not a clue what a muggle is.

He has done spectacle but is done with heart. It has a great story about family, neglect, feeling a failure, legacy and it completely captures that teenage thinking that you are an alien in your own family and will never live up to your family’s expectations of you. Producer Sonia Friedman has admitted that there is more than a touch of her own family relationships in some of the relationships in the show. Everyone has a family, so even if you are not a Potterhead and have spent that last 20 years in Azakaban, and have never read the books, or seen the movies, there is still a genuinely emotional story at its heart which will still appeal to those who have not a clue what a muggle is.

That’s because it’s not an adaptation for the stage from either the books or the movies, but rather an original play that takes up the story of Harry 19 years after the end of the final book. He’s now working in Whitehall and his troubled middle son, Albus Severus Potter, is off to Hogwarts. That makes it like any other piece of new writing for the theatre, and should be viewed as such. After all Shakespeare wrote about kings and queens; why shouldn’t Jack Thorne write about wizards? It’s the humanity at the heart that matters and hooks us in.

This is event theatre. Something you will remember for years to come. What you may also remember is the audience and their unalloyed joy. Normally it’s hard to get audiences out of the bar after the interval. At Harry Potter they can’t get back to their seats quick enough. There is something really special about being amongst an audience who are really up for it. It doesn’t happen often. Savour it. 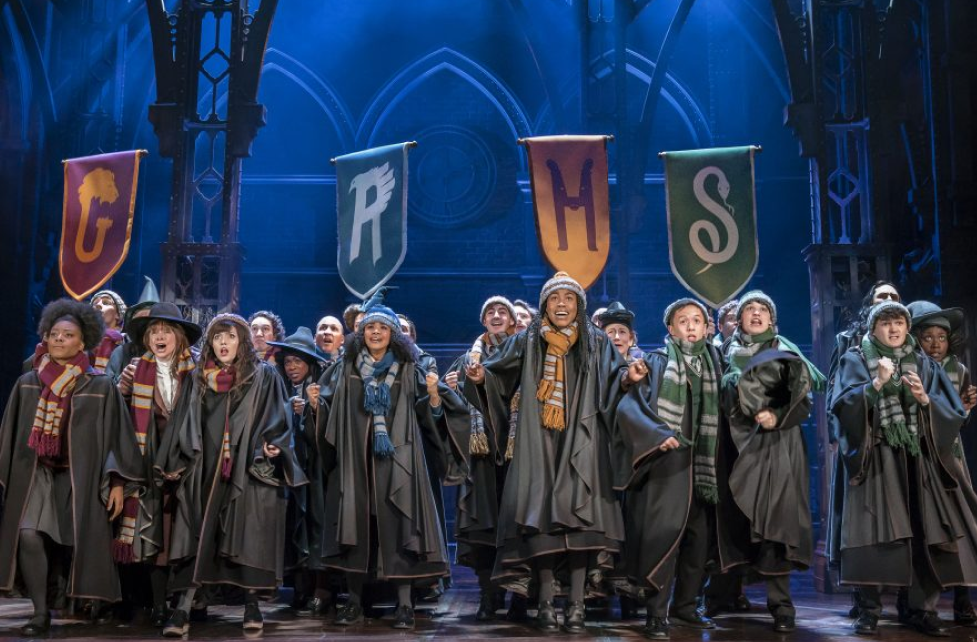 There is something really special about being amongst an audience who are really up for it. It doesn’t happen often. Savour it.

I recall then Polka artistic director Vicky Ireland telling me that she had tried to secure the rights for the Wimbledon Children’s Theatre after the first book became a word of mouth hit. But without success. But it’s good that HP eventually made it to the stage in on-adapted form.

The first preview of the show included a live barn owl called Sprocket who was supposed to deliver a letter by flying across the auditorium. He didn’t, just proving the old adage that you should never work with animals or children. Now the production doesn’t have live owls at all, much to the relief of owl lovers everywhere. And probably the production team. But apparently there are some secret owls in the production which were originally intended to be seen but can now only be spotted by the cast when on stage.

If you are not too scared, you can see Voldemort himself on stage a little later in the year. Or rather you can watch Ralph Fiennes at the Harold Pinter from November 18 in TS Eliot’s The Four Quartets. Shame's somebody’s already done Old Possum’s Book of Practical Cats.

It’s not the only West End show with a Harry Potter connection. The story is that Stoppard was so desperate to get six good seats to see Harry Potter that he told her he would write her a play if she would supply them. The result is Leopoldtstadt which is at Wyndhams until the end of the month.

When the script for Harry Potter and the Cursed Child was released for sale after it opened it was the fastest selling playscript ever, selling over 680,000 copies in the first three days. The chances are that many of those who read it had never read a play before. Just as many who have been to see HP and the Cursed Child have been first time theatre-goers. That’s a win-win, not just for Harry Potter, but for theatre.

Cover image from Harry Potter and the Cursed Child

Get your Harry Potter and the Cursed Child tickets from £15.75 per part. Booking ahead is a must!