Emma Baggott: “This is a play which speaks about the messiness of our lives."

Lyn Gardner talks with the director about her upcoming revival of Anthony Neilson’s play about mental illness, The Wonderful World of Dissocia.

The Wonderful World of Dissocia

Lisa Jones is on a quest to find a missing hour in her life. If she could only find it, she feels certain she will feel like herself again. Then a Swiss watchmaker gives her access to the strange topsy turvey world of Dissocia, a sinister unsettling place – like Alice in Wonderland filtered through the eyes of David Lynch – where lifts go sideways, there are insecurity guards and complaining scapegoats.

Lisa is the protagonist of Anthony Neilson’s The Wonderful World of Dissocia, which premiered at the Edinburgh International Festival in 2004 and was last seen in London at the Royal Court in 2007. Now it returns in a revival by Emma Baggott at Theatre Royal Stratford East. It will bring Neilson’s play about mental illness to a whole new audience, many of whom will be much more alert to mental health than we were almost 20 years ago when the play was first seen.

Baggott, whose 2017 revival of Neilson’s 1991 play Normal – about the German serial killer Peter Kurten – was an astute production of a play about the nature of normality and sanity, thinks that The Wonderful World of Dissocia will take on new layers because we have all lived through lockdowns.

“Ultimately this is a play which speaks about the messiness of our lives,” says Baggott. “Coming out of the pandemic we have never as a nation thought as much about wellness and what that means, and we had never lived through a time when we couldn’t access other human beings and that had a huge impact on all our mental health, because we are inherently social creatures.” 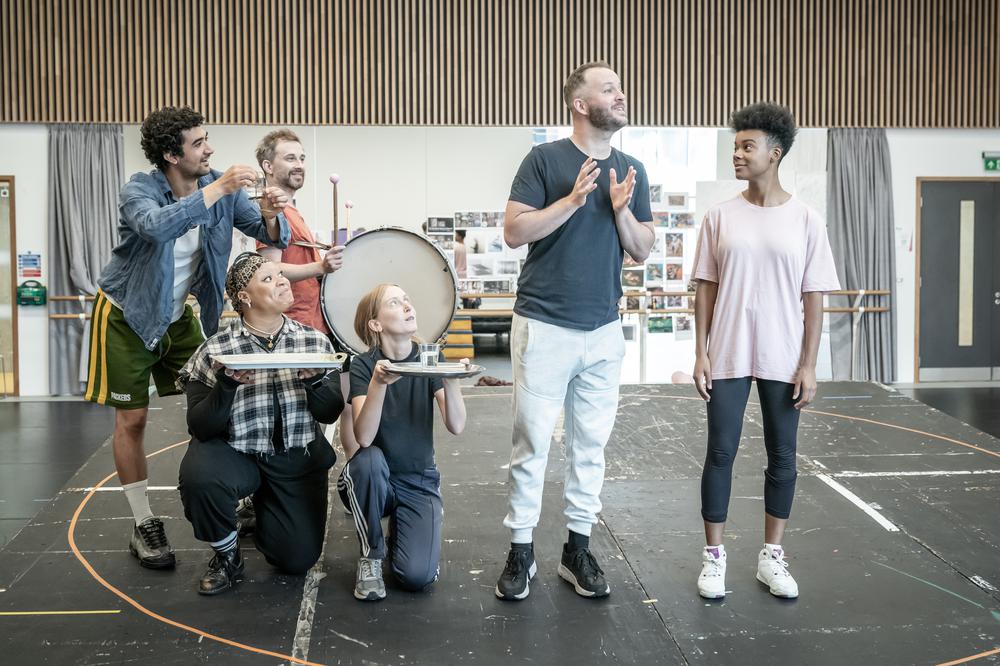 The cast in rehearsal for The Wonderful World of Dissocia, photo by Marc Brenner.

In The Wonderful World of Dissocia, Lisa is clearly unwell but the play – which is structured as if it has suffered a massive mood swing halfway through –also raises, just as Normal did, questions about what it means to be mentally ill and how insanity can be a response to finding yourself in an apparently insane world.

“It’s a play which is beautiful in the way it presents both sides of the coin,” says Baggott, “it doesn’t suggest that one is better than the other.” She talks of coming across a movement called Mad Pride which argues that those with mental illness should be proud of their mental illness and see it as part of their identity, avoid medication and reclaim terms used to describe mental health.

Baggott and her cast are working with a mental health practitioner in the rehearsal room so that the rehearsals of a play which Baggott says “has quite a lot of violent acts in it” supports “the humans in the room.” She adds, “I’ve always seen it as my job to make sure that everybody in the room is empowered, confident and happy. That’s when people do their best work.”

For Baggott, The Wonderful World of Dissocia, brings a heightened profile. Now in her late 30s, Baggott has often flown a bit under the radar. In part that was for personal reasons. She trained at the Brit School and became homeless during that time, and by the time Baggott went on to study at Goldsmiths she already had a 10-month-old baby. It meant while others started applying for Arts Council funds to make their own work on graduation, she needed jobs that paid.

“I simply didn’t have a spare two or three weeks to spend filling in an application form in the hope I might get some money to do an R&D. Hope doesn’t fill tummies.” Instead, she took a part time teaching post at the Brit School, worked in community settings and applied for paid assisting jobs.

“Of course, it was sometimes frustrating. But I worked with extraordinary creative teams, and I learned such a lot, and I don’t think you always get that early in your career if you are self-producing.” 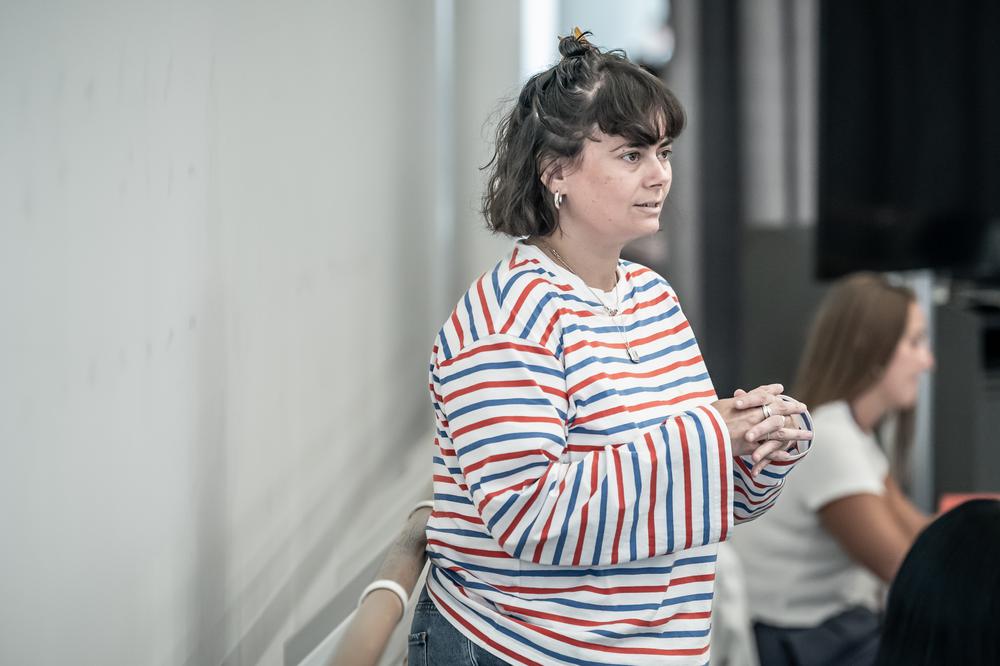 The result is a director whose name may not be well known to audiences but who has assisted and learned from artists including Jeremy Herrin and James Graham (on the 2018 tour of This House) and Nadia Fall (on The Village in 2019). She's also had opportunities to direct plays such as Mike Bartlett’s Earthquakes in London with a cast of 25 18-year-olds at the Brit School or Mr Burns at LAMDA – ones she'd have been unlikely to get if she had followed the traditional graduation route of making your name on the fringe and in the independent sector.

That experience certainly showed in Baggott’s revival of Normal, and should come to the fore when grappling with a play as complex, surprising and form breaking as Dissocia.

“Of course, it’s a play which is going to read differently now than it did when it was first done. I wouldn’t be doing my job as a director if I wasn’t examining it through the lens of the here and now. Theatre feels quite weird at the moment, it’s in a no man’s land of uncertainty that is a bit terrifying. We’re terrified that people are not coming back, that the money’s running out and we’re not quite sure what stories we should be telling. But I think there is still something about 500 people sitting in an auditorium having their heartbeats aligned because of something happening on stage, that is so powerful.”

She pauses. “This cast I’ve got really love to play. They are very joyful. That’s the essence of liveness. I think it is about communicating that to the audience." She is confident that will happen, “We ran Act One today for the first time and watching it I realised I’ve got a riot on my hands.”

Cover photo by Marc Brenner of the cast in rehearsal for The Wonderful World of Dissocia which opens at Theatre Royal Stratford East on Friday 16 September. Tickets can be found here.