Disaster Plan and Julia Taudevin’s much admired Move has already been and gone on Silverknowes beach as part of the Traverse’s 2021 festival offering. But it’s not lost forever: a reimagined digital version for those of us unable to get to Edinburgh this summer will be available a little later in the month. I can’t wait.

I love the way the Traverse’s programme is not either/or, and the way it is giving digital work the same weight as the in-person programme. It’s got some gems including Uninvited Guests' terrific Love Letters at Home and Inua Ellams’ An Evening With an Immigrant, both available from next week.

You can start this week with On Blueberry Hill, Sebastian Barry’s two hander produced by that great Irish new writing company, Fishamble. If you want sublime acting-- and when I say sublime I am not exaggerating---- then David Ganly and Niall Buggy supply it as PJ, a former priest, and Christy, a construction worker. These unlikely bedfellows are sharing a prison cell but bound together by more than physical space. 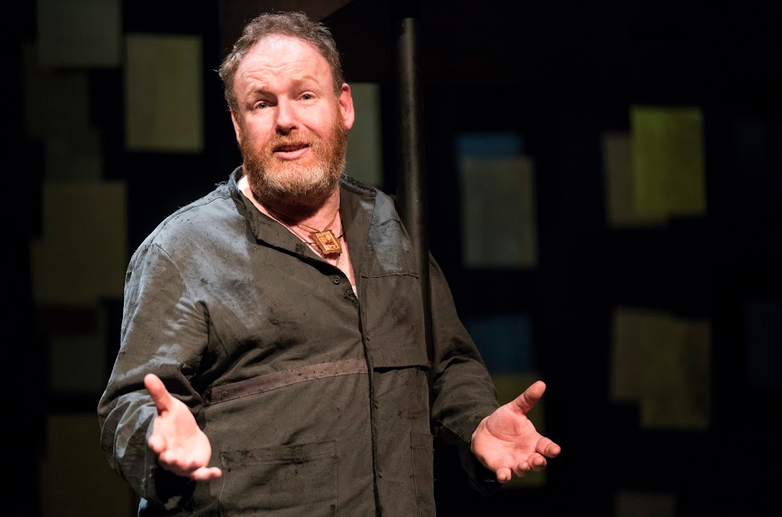 Barry’s play is a gentle and wise one about apparently inexplicable violent acts, and their connection to wider Irish society. It comes feathered with a delightful inconsequential ordinariness and luxuriant language. It takes its title from the Fats Domino song about something glimpsed but lost and the way will all often wish that we could go back and do things differently.

Barry’s drama sometimes stretches credulity—would these two men really be sharing a prison cell?— and it is a play that requires a patient willingness to go with the flow. But goodness, Ganly and Buggy are mesmerising and magnificent as these two men whose souls have been seared in the same fire.

Barry’s writing has a lyrical quality and so does Natalie McGrath’s in We’ll Meet in Moscow, an audio play inspired by the 2012 decree by the Russian government that Pride parades in Moscow will be banned for 100 years. Enough time, as Dascha, the gay narrator of the play says, to erase queerness from the streets, from history and from memory. Or is it?

McGrath’s play which boasts an exquisite, haunting performance by Maggie Bain as Dascha—is about the need to be visible and the dangers of that visibility in homophobic societies. It draws on myth and folklore in a love story of resistance that takes us from the frozen tundra of Siberia and an ice maiden’s burial site to the streets of Moscow. It is both beautiful and brutal. Dascha finds love in the most unexpected place but when she risks lighting the fire it cannot be put out. Not even by the passing of a 100 years.