History, Federico Julian Gonzalez tells us in Looking for America (Assembly Showcatcher-on demand), is told by those who weren’t there. Gonzalez, who fled El Salvador and civil war as a child, living for over 10 years in Havana before settling in Ireland ,has lived through history. But it is memory that takes him--red suitcase in hand-- back in time and brings the past vividly alive.

He makes you smell it and taste it. He makes you understand it in a group of children, displaced by war and violence, who are used to soldiers and death seeking them out, but who play a joyful game of hide and seek in the safety of a hotel garden in a land where they were not born.

Gonzalez is not an actor but that gives immediacy to a story told in six chapters which comes flecked with evocative old film and photographs as he sets out on a journey looking for the past. The title is a bit of a red herring, referring to a person not the country. But there is no escaping the fact that US meddling helped blow Gonzalez and his family hither and thither across the world.

“I played with the deck I was given,” says Gonzalez, pointing out how the word “refugee” has become a “cursed word.” People are told that they should emigrant through the “proper procedures.” But there are no “proper procedures” for those whose lives are in immediate peril. Looking for America brings person and political history alive and illuminates it as if watching the afterflash of an extinguished firework. 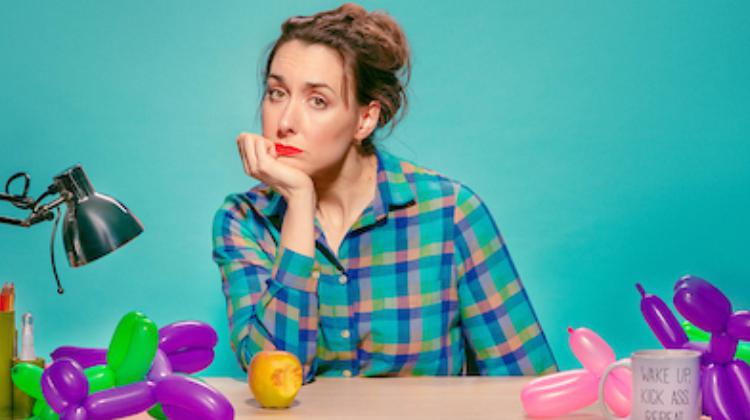 The Entertainment. Photo by The Other Richard

In Looking for America Gonzalez suggests that the true merit of acts of bravery and defiance can only be measured by what the individual is prepared to lose. But bravery manifests itself in many different ways, sometimes in the smallest steps towards change. It’s the case in Katie Bonna’s The Entertainment (Summerhall online), an audio play about a woman in retreat from the real world. Bonna plays Anna (and indeed all the other characters in a show which if in person would be considered a tour de force, but which is no less impressive on-line) the introverted assistant to a children’s party planner, Marguerite, the self-styled “Madonna of the West Country.”

When the going gets rough, and it does all the time, Anna retreats to the stationary cupboard and her own head where she has fantasies of a fulfilling life and career and murderous thoughts that makes the party massacre scene in the movie Parasite look like a picnic. But then she meets actor Justine, barfing in the rosemary bush prior to delivering a Fairy Fancy Pants princess party for the daughter of a mummy influencer.

Bonna’s piece is deceptive. It is sharp on comic social observation but beneath the brittleness is a layered, perceptive and sympathetic examination of mental health which asks questions about the imagination, fantasy and even theatre itself. How much suspension of disbelief is too much? Imagination can help us soar, but always living inside your own head can clip wings too.

Cover image from Looking For America. Photo by Ste Murray.