“Sleep well,” says a sign at the end of Interior, a film created by Australian company One Step at a Time Like This and intended to be experienced alone in your bed in the dark. They must be kidding. Like the film, my subsequent dreams were full of anxiety including screeching owls, giant rabbits and doors with surprises lurking behind them. I guess you could say it made an impact.

Delivered on Zoom via ZooTV, Interior taps into the strange dreams experienced by many of us during the pandemic and combines it with hints of ghosts and vampires and teasers about who you invite in. But most of all it is about who we are when we are alone in the dark and how the familiar becomes unfamiliar. 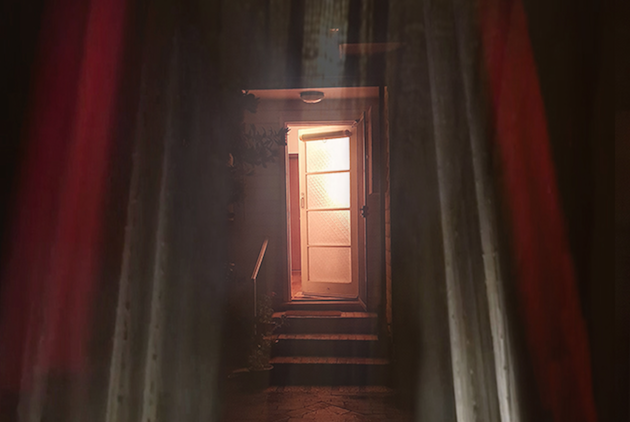 Interior by One Step at a Time.

There have been quite a lot of digital shows like this over the last year, ranging from work by Darkfield (whose latest Knot is part of the Summerhall digital programme) to KlaxAlterian Sequester which I wrote about last week and is part of Assembly Showcatcher-on demand. I guess the pandemic has made us all burrow deeper into the self, the one buried deep within the shell of the body and our skin coffins.

As the litany of names at the beginning makes clear, this is not about external threats but internal anxieties. Images and sound melt into each other. Curtains blow in the wind, a closed door creates a feeling of dread. They say you can never die in a dream. But Interior feels like a little death. Even when some of it feels cliched. And it’s neatly put together and I guess you could say that a restless night’s sleep suggests it plays on the unconscious long after its over..

What Interior lacks in originality it makes up for in the way it controls tone. Tone and aesthetic are always bedfellows, but it is surprising how often they are out of kilter. It’s the case in Dr Blood’s Old Travelling Show (ZooTV), which began as an outdoor socially distanced performance at Leeds Playhouse. A story of small town corruption and retribution it has shades of cautionary tale (think Shock-Headed Peter), silent movie, and carnival side show and the spirits of both punk and Brecht hover over it. But the narrative is too thin, the mix of styles never coalesce, and it is seldom either funny of scary enough. The strange thing is that Imitating the Dog has always been a company in the forefront of melding live and film with real elan, so it seems strange that this digital offering lacks the trademark inventiveness they bring when they ram technology and live performance together. 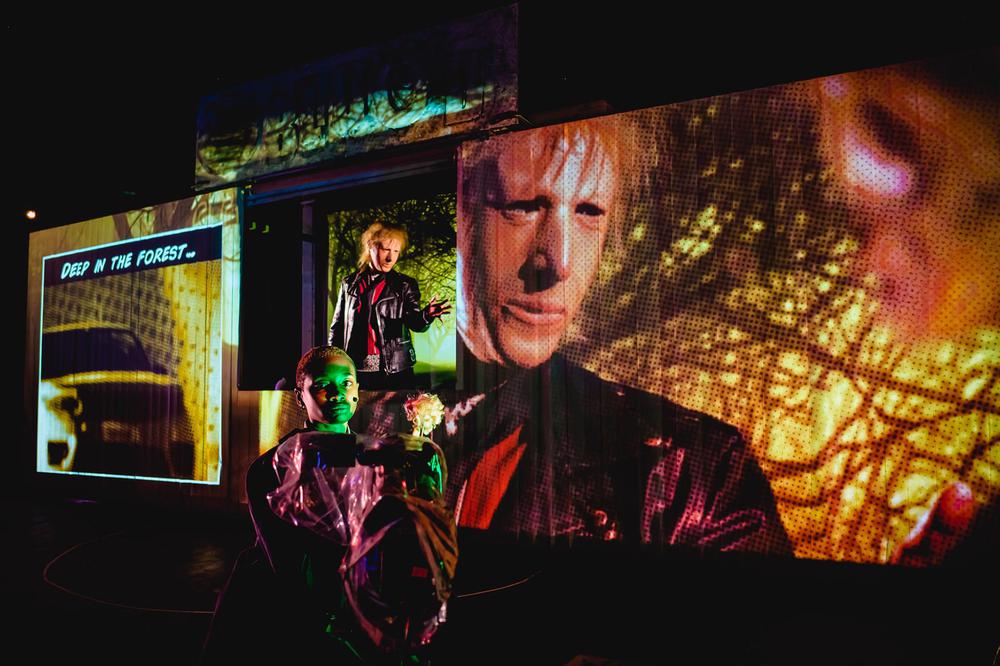 Tone is everything and it’s spot-on in Graeme Leak and Scissor Kick’s Saved, also on ZooTV, and part of the excellent Made in Scotland programme. This is a show made with both love and a dead pan comic edge. It takes place in a 1970s sitting room complete with standard lamps and which is dominated by two 1970s home organs that Leak bought for under a tenner and has restored.

Make do and mend culture has been on the rise over the pandemic, and Saved operates both as a musically complex, funny and oddly moving peon to a non-consumerist approach to life, but with its cassette tapes and a bottle rocking gently on a plate also pinpoints the tender boredom of the 1970s. I know, I lived through it, a time when Sunday afternoons could feel as if they had lasted for an entire week, when the ironing was never finished and going for a drive through suburbia was the height of excitement.

Leak taps into all this with an oddball comic charm, and can take the smallest musical or spoken phrase and imbue it with weighted meanings. Saved may not be for everyone, but it was definitely for me. Its tone is so distinctive, so deliberately dowdy, so utterly just-so. It knows exactly what it’s doing and it does it sublimely.