Theatre is a lie which can sometimes tell the truth. The writer and the director, Robert Icke, knows that well. After all, together with Duncan Macmillan he staged a slippery version of George Orwell’s 1984, a story in which the ruling party knows that the quickest way to turn lies into truth is to rewrite history. We all rewrite our own personal histories.

George Orwell once declared that “in a time of universal deceit, telling the truth becomes a revolutionary act.” Gregor Woods in Ibsen’s The Wild Duck thinks that the truth will set everyone free, like some ranting poster on Twitter who takes down all who disagree with him because he is so confident that his truth is the only truth.

But Icke also knows that it’s not as simple as that - and that lies and truth are not binaries, just as he knows that love and hate can cling to each other. They do exactly that in this truly extraordinary updated, re-making of Ibsen’s play, a show that, like much of Icke’s previous work, may ruffle a few feathers. But goodness, British theatre’s feathers are still much in need of ruffling.

There is a moment towards the end of The Wild Duck when Gina Ekdal (Lyndsay Marshal) and her husband James (Edward Hogg) dance together, clinging together like survivors of a shipwreck. For a moment you feel as if they might have survived the worst. But the worst is yet to come. They are dancing to the same song which was played at their wedding reception. Or was it? Can even a dance be a lie? How can we really ever know what happened in the past or what someone else is thinking? 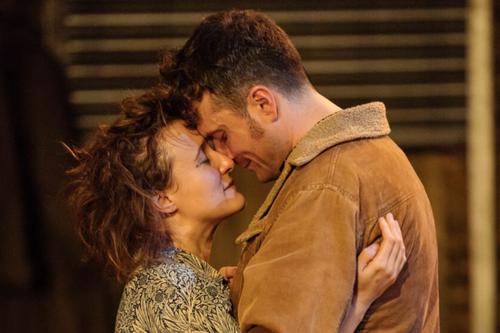 One of the beauties of Icke’s production is its ability to continually deceive and then flaunt the truth in front of us, even as the show comments on itself and what the characters are saying out loud is often undercut by their internal voice expressing what they really think and feel. Even Bunny Christie’s design, which appears to show all, is itself a magnificent deception. Christie is having a purple patch: this is her second great major contribution to a ground-breaking show in as many weeks and is every bit as fundamental as her work on Marianne Elliott’s revival of Company.

If Ibsen’s play excavates how the lies of the past come to haunt the present, then Icke refashions it to question how artists — including Ibsen himself — tell stories, and why, how they might be retold. He is unflinching on the way we narrate our own lives and the frauds we commit against ourselves and those we love.

In his production of the Red Barn at the NT, blindness had fatal consequences. So it does here in the story of James and Gina Ekdals, scraping a living running a photography studio whose set-up costs have been paid for by Charles Woods (Nicholas Day), the former business partner of James’ disgraced father Francis (Nicholas Farrell) who spent some years in prison for fraud.

Francis lives with James, Gina and their prepubescent teenage daughter, Hedwig (Clara Read) on the top floor of a house where the attic has been turned into a fantasy forest where Francis goes hunting. But when Woods’ estranged son, Gregory (Kevin Harvey), returns home and is determined to start telling some home truths, fantasies start to shatter. 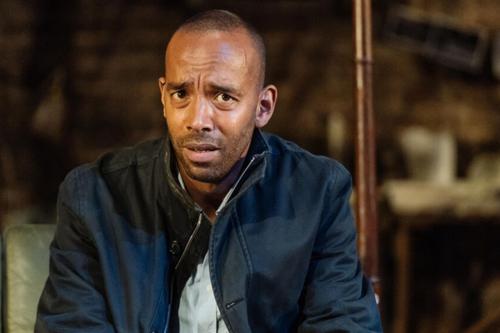 Watching Icke’s production is a reminder how much we live our lives as if we are the leading actor in our own unfolding production - but how little it takes for the illusions to be pricked. It is good too on the way marriage is often an artifice held up by hidden strings in which one of the partners does all the heavy lifting. Quite literally. Gina and her daughter spend the interval moving around the furniture, while the vain, increasingly pathetic James struggles, like a bad plate-spinner, to keep the illusion of himself as a knight on a white charger aloft.

The play lasts almost three hours but it doesn’t waste a single second. If the first half is a slow burn it lays the ground for a second half in which revelation (the audience genuinely does gasp out loud at times) and inevitable tragedy combine in such a way that the tension becomes unbearable. He distances us to bring us closer. He holds emotion at bay so we finally really feel the wound. This duck has mighty powerful wings. No need to shoot it down.

At the Almeida Theatre, until 1 December