Double Review: Gastronomic & A Box In The Desert

A Box In The Desert

Whether it was lime light in the 19th century, Samuel Beckett’s use of a tape-recorder as a character in the mid-20th century Krapp’s Last Tape, or the way that 21st century theatre-makers such as Jaavid Alipoor have incorporated smart phones into the performance using platforms such as WhatsApp and Instagram.

The difficulty is that technology is great when it works, but frustrating for audiences and makers when it doesn’t. Curious Directive, a company which has often been ahead of the curve, experimented with using Virtual Reality in Frogman.

Now they are back in London with Gastronomic (Shoreditch Town Hall), a show which recreates the experience of flying at 30,000 feet in the air while enjoying a tasting menu of the kind served to first class passengers. The show is supposed to use augmented reality but, on the evening I saw it, the technology failed to work, so I can’t say if it might have enhanced the experience in a significant way. 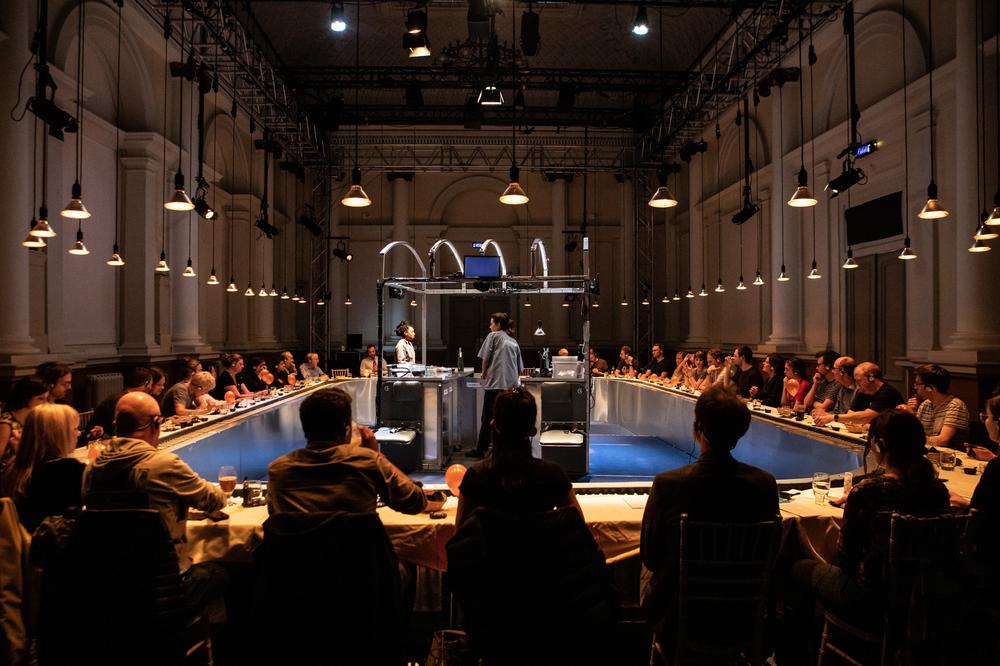 It’s a pity because Gastronomic is nearly a very interesting show; playing both on the liminal nature of flight, the way that flying is a microcosm of wealth and poverty and how taste can be as much associated with emotion as music or visuals. There is an exquisite moment here when an ice cream is dropped just as we are about to bite into one, in this case filled with fish, koli mousse and deep-fried capers. In another moment we are transported to a bus stop in a Derbyshire town in the snow that is fused with the taste of a morsel of Bakewell tart.

The audience sit around what looks like a luggage belt, while the excellent cast of three—Ani Nelson, Craig Hamilton and Georgina Strawson—play the chefs on a flight heading from Beirut to Heathrow, cooking up a menu that evokes British life and places. The food comes around on the belt: a tiny Yorkshire pudding filled with root vegetables conjures a tiny Sunday lunch, a bite of smoky mushroom, served on a picture frame of Autumn leaves, is intended to make you think of Sherwood forest. 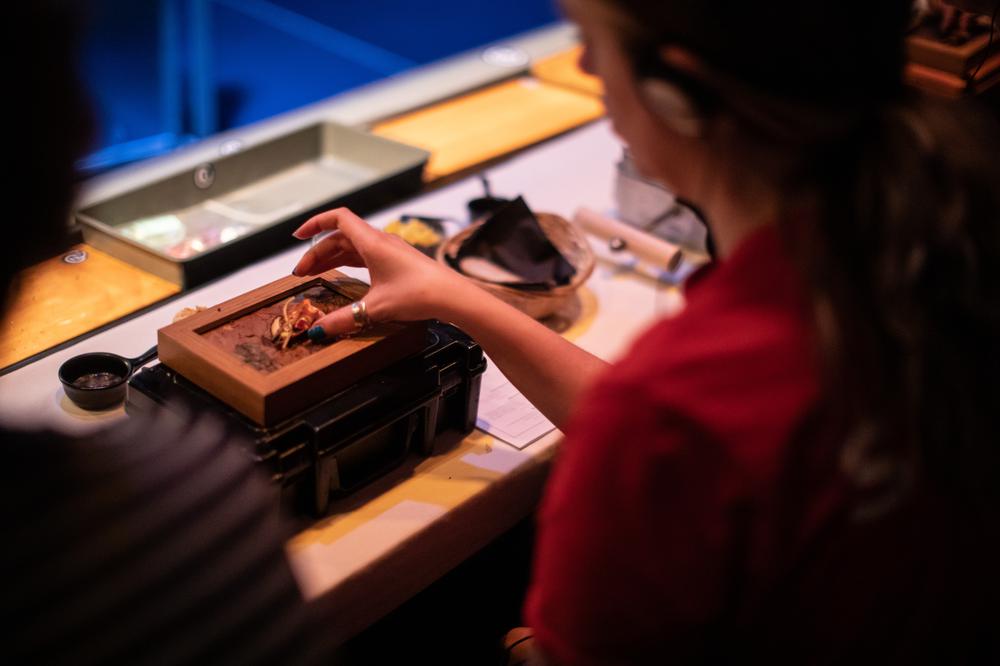 The food is always made with care but the storytelling still requires more finesse as a tale of loss and grief unfolds and we are reminded that the food we think of as British was often brought to these shores by immigrants—and how love can be expressed not just in words but in a bite. It is piquant stuff, even if it doesn’t quite fly.

Meanwhile over at Jackson’s Lane, Icelandic company Huldufugl are offering a personalised VR come theatre experience with A Box in the Desert, an intriguing 20minute theatre experience in which you find yourself trapped in a box in a desert landscape apparently for your own safety. Or at least that is what the stick like harlequin figure who claims to be your guardian tells you. But a voice whispering in your ear tells you otherwise, urging you to try and escape. Who to believe? Is it my eyes or my ears that are deceiving me. What is reality anyway? 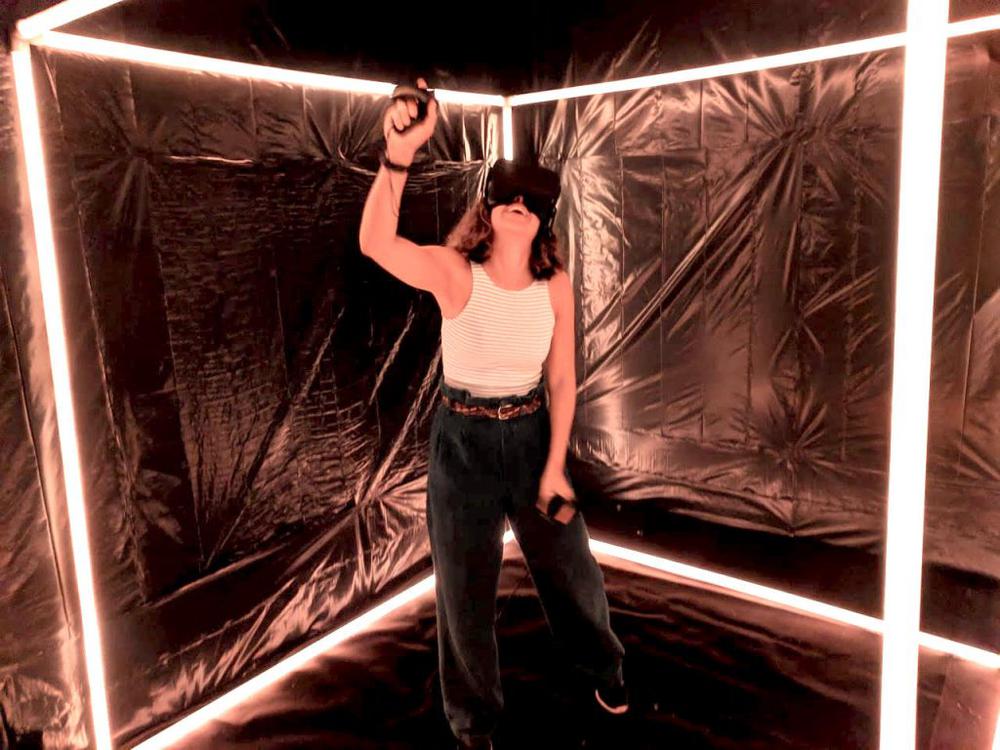 A Box in the Desert.

The stick like figure promised me that I could travel anywhere my imagination could take me. But not alas to that South London paradise, Croydon, which was as far as my imagination extended and was my chosen destination. I got a very unlike Croydon desert island instead. But I did get to fly, or feel as if I was, which was magic.

What’s interesting about this is the way it takes a technology and turns it into an interactive experience—there is a live actor involved who responds to you—which sets up the potential for this to be a fascinating tool for theatre-makers looking to create narrative and emotion. It’s not there yet but, like Gastronomic, it is perhaps a taste of things to come.