From the age of nine, when she played the Young Eponine in Les Miserables, Carrie Hope Fletcher has been on the barricades of musical theatre. She went on to play the older Eponine and also Fantine. She was Jane Banks in Mary Poppins while still at school then went back to school in Heathers the Musical, playing Veronica, the high school newcomer who teams up with murderous misfit, JD, to kill off the mean girl bullies.

She has most recently been seen as a Cinderella with real personality (and Doc Martens) in Andrew Lloyd Webber’s troubled Cinderella at the Gillian Lynne Theatre. As one critic observed, she brought “the right amount of self assertive bolshiness and sweetness to make her entirely endearing.”

That production was hit first by Covid-related delays, and then by Lloyd Webber taking out his frustrations about unimpressive box office returns on the cast: he berated them and reminded they work in “a service industry”. Then there was the badly handled manner of the announcement that Cinderella was closing. But unlike Lloyd Webber, Fletcher came out of it with her reputation enhanced both for her ass-kicking performance and her support of others in the profession. When Cinderella’s closure became known via social media, she declared on Twitter: “I don’t think I have the words. And if I did, I would probably be advised not to say them!” 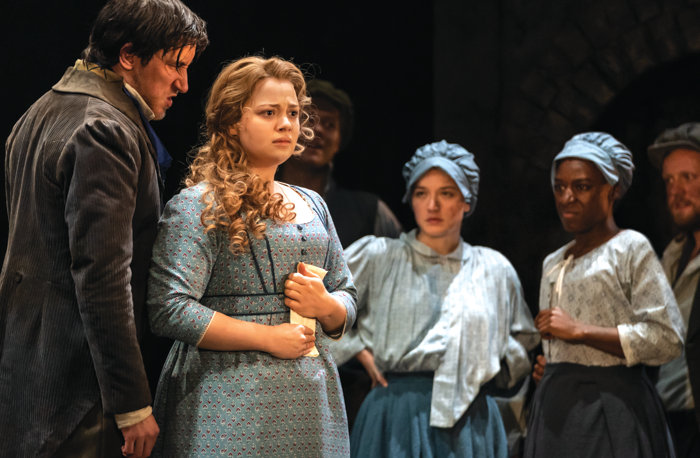 But now Fletcher takes on her biggest challenge at the Rose in Kingston where she will be playing Grusha in Brecht’s The Caucasian Chalk Circle, a young woman who in the midst of revolution saves an abandoned child and protects the youngster at great risk to herself. But when the boy’s biological mother returns some years later and demands his return, the case goes before a judge to decide who is the child’s true mother.

“When Carrie’s name came up during casting discussions,” says Christopher Haydon, artistic director of the Rose, who is directing Steve Water’s new version of Brecht’s tragicomic fable, “it seemed like an absolute no-brainer. This is partly because The Caucasian Chalk Circle, whilst not being a musical in the strictest sense of the word, still has a significant amount of musical content. So her voice was a perfect match for that.” It is a voice which is powerful enough to not just raise the roof but blow it off, but it is beautiful and emotionally expressive too.

Haydon argues that Fletcher brings more to the mix than her voice. “She has exactly the right kind of charisma and charm to make a great classical play like this attractive and accessible to an audience that might otherwise feel intimidated by Brecht. I feel like this is exactly the kind of thing that would make Brecht happy—he wanted his work to have broad popular appeal.” 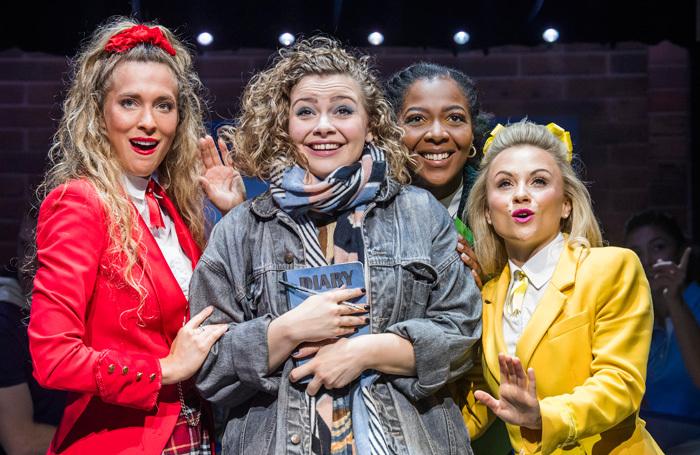 When Fletcher played Veronica in Heathers she proved herself to be not only in possession of a killer voice but also killer comic timing which is absolutely required for The Caucasian Chalk Circle, a play that has previously been staged by both the NT and RSC, often with great classical actresses attached to the role of Grusha. Juliet Stevenson played the part at the National in 1997 in a revival by Complicite’s Simon McBurney. Haydon believes that Fletcher has everything required to be a memorable Grusha.

“Carrie brings a fantastic mix of emotional gravitas and a sharp comic sensibility to the role, which is exactly what we need for this show.”

But while Imelda Staunton can play both in Who’s Afraid of Virginia Woolf? and Hello Dolly! in the West End and Judi Dench has proved she can both sing and hoof a little, it is often still hard for those best known for musical theatre to make the journey from song and dance to other theatre roles, particularly in plays which are considered classics or part of the canon. Particularly if like Fletcher they didn’t spend three years at drama school but learned on the job.

Which is odd, given that those who excel in musical theatre often have to be great actors as well as having superb singing and movement skills. As Haydon points out, they often also have more grit when it comes to tackling demanding roles.

“Caucasian Chalk Circle is a huge and demanding show. Having done productions like Les Mis and Cinderella, she definitely has all the stamina needed to pulls this off.” 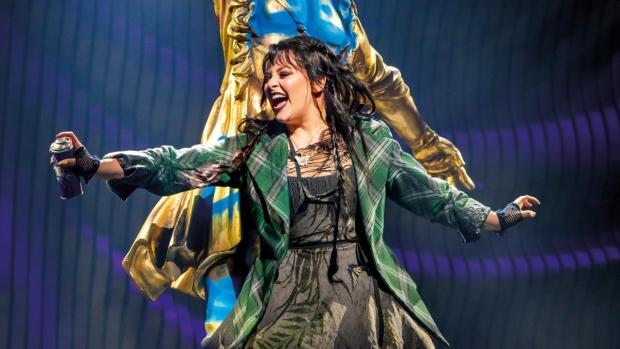 Is it simply snobbery that keeps people pigeonholed in a British theatre culture which has traditionally always valued the play and new writing over musical theatre? I recently heard James Corden talking on Radio 4’s This Cultural Life about turning down a much longed for role in the chorus of Les Miserables early in his career for fear of not being able to spread his wings and forever being seen as limited. The brilliant Rosalie Craig, one of those who has proved it is possible to move seamlessly between musical theatre and plays, once told me:

“In an over-saturated industry, people do like to pigeonhole you in one place. In my case that’s musicals. You have to work hard to stop them, and sometimes that means holding out for the straight roles. I never set out to be just a musical theatre actor. I always wanted to do it all.”

Carrie Hope Fletcher is poised to prove that you can do it all. Haydon thinks that may not just be to her benefit but to the benefit of theatre itself.

“The whole question of pigeonholing actors based on what they have usually done in the past seems a bit short-sighted to me. If we can draw artists together from different disciplines not only can we make work fresher but we can find new audiences too. And in a post-pandemic world where everyone is having to work harder than ever to draw in punters, that seems entirely sensible.”

Younger performers like Jessie Buckley have already broken some of the old and outmoded barriers by proving that it is possible to play both Sally Bowles in Cabaret and Juliet for the National Theatre. Fletcher may be on a similar trajectory, refusing to be restricted either by glass ceilings or glass slippers. Why shouldn’t she have it all?