Jess Thom is a changemaker. She is leading the transformation at BAC and she has the rest of the world’s theatres in her sights.

Rich Kids: A History of Shopping Malls in Tehran

When It Breaks It Burns

She's a co-founder of Touretteshero, whose productions of Backstage in Biscuitland and Not I have been international hits. But her relationship with theatre has not always been so positive.

When she was 15 she went on a school trip to the Old Vic. Thom has Tourette’s, a neurological condition which means she has physical and verbal tics. At school she was well supported by teachers and accepted by her peers. But during the performance she couldn’t keep her body still.

“I shook through the whole thing and my classmates noticed that I couldn’t follow the convention of keeping still and quiet during a performance. It was one of the only times when I was at school when I had the micky taken out of me for the way my body behaved. I was suddenly aware that my body was being problematised because I couldn’t make it behave by the rules of that theatre space. The message that gives out is that theatre is not for you.”

But surely theatre and the buildings in which it takes place should be open and provide access for all? Many are publicly funded so it follows they should be open to all the public, not just those whose bodies conform to the implicit rules of theatre. What would happen if we simply relaxed the rules and conventions (mostly unwritten but definitely dominant) about how people behave in arts spaces? 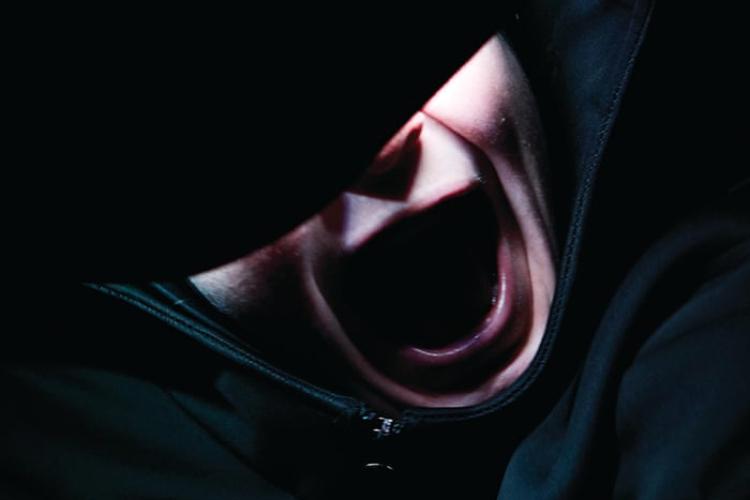 Jess in Not I at Battersea Arts Centre.

“Lots of people, mostly people who have never been to a relaxed performance, think it would be anarchy,” says Thom who, when I speak to her, is just back from performing Not I at the Under the Radar Festival in New York. “But it’s not. It just allows space for inclusivity; it allows for people to be themselves exactly as they are.”

“What’s surprised me is that a loosening of the rules, the acknowledgement of the humanity of our bodies, makes a difference to a real breadth of people.”

Only last week on Twitter there was a big discussion about whether shows with a running time of 90 minutes straight through and no re-admittance policies can be a source of anxiety for some people who need to be able to access the toilet without penalty.

That won’t be something that those attending performances at Battersea Arts Centre will have to worry about. For some time now Battersea has been piloting relaxed performances for most of its shows, but in early February it launches as the world’s first fully relaxed venue. Every performance will be relaxed, every performance is fully accessible and there is a chill out room for those who need it. Staff are fully trained to deal with the needs of audiences and artists.

Where Battersea Arts Centre leads, others should follow not least because it is always the case that when you dismantle the barriers and open doors it’s not just those most obviously affected who benefit but everyone. We’ve already seen how greater diversity in British theatre means an injection of new stories, new voices and more creativity bringing in its wake different and more interesting forms, livelier storytelling and broader audiences. There are social, legal and business reasons for theatres being more inclusive, but there are artistic imperatives too. 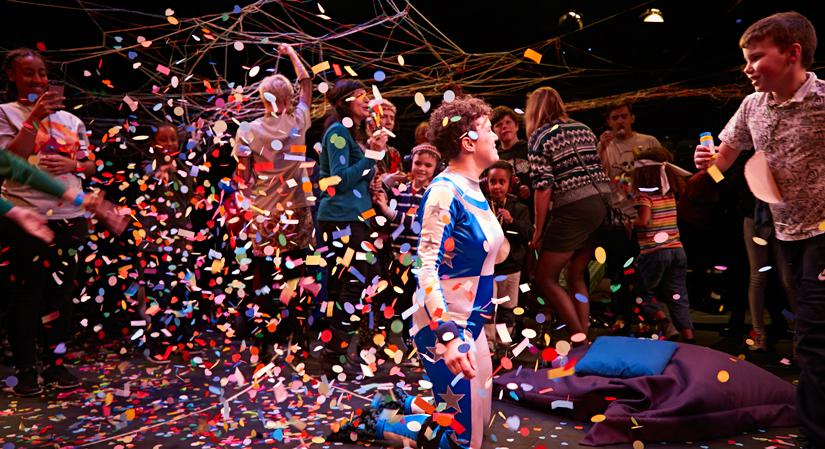 Touretteshero Pit Party – Brewing in the Basement at BAC.

Thom and Touretteshero have been leading the transformation at Battersea Arts Centre and exploring what it means to be a fully relaxed venue for audiences, venue staff and artists. Thom points to the fact that if you are going to be a relaxed venue, it has to work for all three groups and there has to be the expectation that disabled people will be present in all three groups and not just in the audience. One of the great things about a relaxed venue is that it allows those in the audience to imagine being able to make work as an artist. The crucial thing about diverse staff teams is that access is embedded throughout the organisation and not just as an afterthought.

Relaxed performances are not new in British theatre, but they are the exception rather than the rule. Most British theatre is exceptionally uptight, treating what happens on stage as if it is some kind of holy sacrament as if what we are watching is taking place in a cathedral, not a theatre.

My own experience of relaxed performances is hugely positive. It changes the temperature in the room, it stops certain sections of the audience feeling as if they have a right to police other sections of the audience who for all sorts of reasons such as age, culture or many kinds of difference may not be able or want to follow the conventions. Conventions after all are just something that has built up over time, like barnacles on the hull of a boat. They are not necessary for the boat to float successfully.

“We all edit out background noise and information all the time,” says Thom. “Obviously some people have a greater capacity to do it than others. Often people who have never been to a relaxed performance worry they will be distracted. But if you know in advance that you are at a relaxed performance and therefore know that it is possible that there will be noise in the auditorium at times and people may come and go, it means that you are not on edge waiting for someone to break the rules. You can let all the anxiety and tension around the fact someone might make a noise go.”

There are other good reasons for relaxed venues becoming the norm rather than the exception. The vast majority of relaxed performances that currently take place in UK theatres happen in the months of December and January when theatres are staging their Christmas shows. There is a cultural curation around what is and what is not made available at relaxed performances.

“Often when theatres put on a relaxed performance, they see it as a charitable act or a special performance for a particular group of people rather than a necessary equalising measure that is taken so that everybody can see every show, whatever it is,” says Thom. 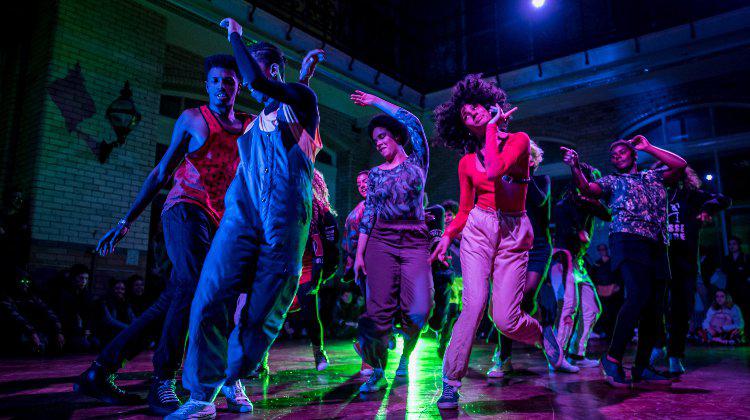 When It Breaks It Burns by coletivA ocupação.

It’s an attitude and barrier that Thom’s own production of Not I has gone a long way to smash, taking away the reverence that surrounds so much of Beckett’s work and making it fully alive. It reminds that when classic texts are performed by disabled artists and shared in a relaxed setting it makes us question received ideas around who has access to theatre and who can perform it.

Battersea Arts Centre are taking that further with an upcoming programme of international and collaborative work that ranges from coletivA ocupação’s When It Breaks It Burns to Javaad Alipoor’s Rich Kids: A History of Shopping Malls in Tehran. It will be some of the most exciting and challenging work available in London this Spring and because of the relaxed venue policy it will be available to everyone, not just those who can or are happy to conform to normative and dominant structures in which theatre has imprisoned itself.

“Battersea Arts Centre is an old imperfect building and it is in no way barrier free,” says Thom. “It is 100 per cent committed to becoming a fully relaxed venue but it’s still been hard because change always is hard. But they are determined to do this, and they recognize that being a relaxed venue is always a work in progress.” 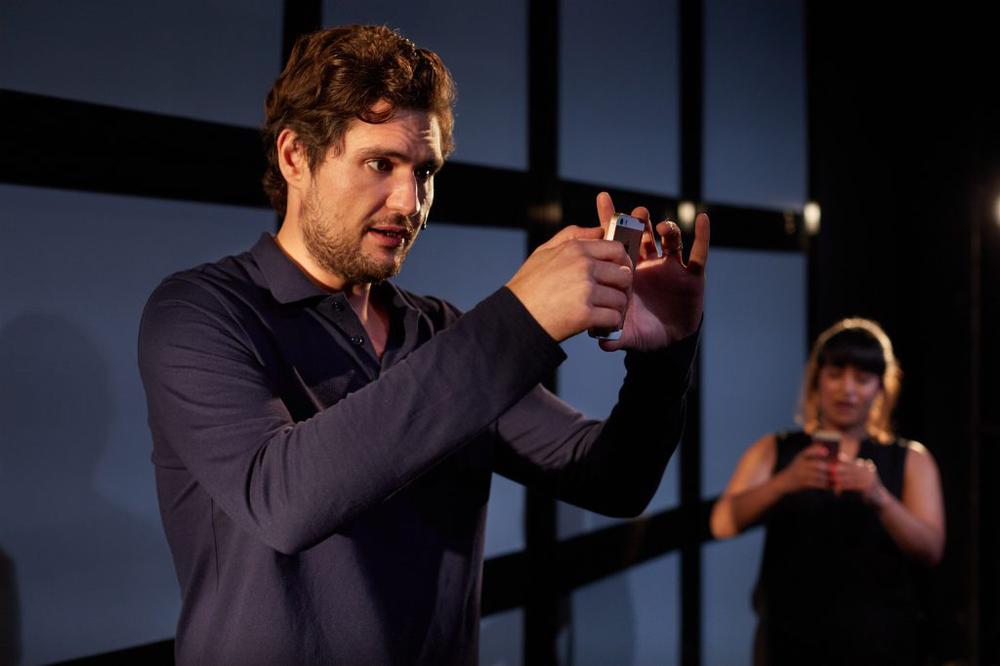 Thom is tart about other theatres and artists who refuse to consider embracing relaxed performances.

“If you are a venue or an artist and you are not actively looking at providing relaxed performances then you are actively making a choice to exclude some people."

"The question I ask those companies and venues who say that they don’t want to hold relaxed performances because they don’t suit the work they produce is this: are you prepared to write a list of people who you don’t want to engage with your work? Pretty much everything that Battersea Arts Centre is doing falls within the Equality Act. But they are being active about it. They are making sure that the building and services they are publicly funded to provide are genuinely open and accessible to everyone.”

If you like the sound of the transformation in accessibility going on at Battersea Arts Centre , you can follow the theatre right here on Stagedoor. We'll let you know when they announce new shows and iPhone users will see more BAC shows in their personalised For You sections.

You can also follow Jess Thom. Whenever she's next performing in London, we'll let you know about it