Babies on stage: we shouldn’t coo, but we do.

How often do you see a pregnant woman on stage?

There are two in Hatstand’s Welcome…? which plays the lunchtime slot at the Bridewell Theatre.The last year or so has seen a rash of babies on stage from the charmer in Jez Butterworth’s the Ferryman to the one who is brought on stage to prove a point in Ella Hickson’s The Writer. We shouldn’t coo, but we do.

But pregnant women themselves are a rarity, perhaps because the pregnant female body challenges the body-norms which are still so pervasive on our stages. In Welcome…? Performers Robyn Cooper and Lily Lowe-Myers (who also writes) are ripely pregnant and the show is at its best when they contemplate the enormity of bringing new life into the world. 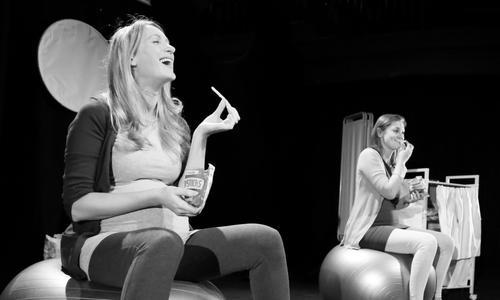 The show is entertaining enough but less good as a dystopian parable about the human desire to meddle with nature in the name of scientific research. There are some sharp scenes, most notably between a young woman who wants to leave her mark on the world by acting as a surrogate for a very unusual baby. But it really hits the mark as it quietly asks why we reproduce and the responsibilities that come with that decision.

"This child is going to change the world," declares Cooper’s surrogate mother. But isn’t that what every mother thinks about their own offspring?

Motherhood and families have been much under the theatrical microscope in recent weeks. In I’m a Phoenix, Bitch at Battersea Arts Centre last month Bryony Kimmings’ offered a warts and all dark fairy tale about postnatal life which included depression, relationship breakdown and serious illness. It’s a mighty show which comes from a very personal place and it deserves to be seen more widely. Perhaps it should be prescribed on the NHS.

Equally personal is Emma Rice’s staging of Angela Carter’s Wise Children at the Old Vic. If Rice’s the Flying Lovers of Vitebsk considered the price of creativity and asked who ends up holding the baby in the marriage of Marc and Bella Chagall, then Wise Children considers parentage and the real nature of family through the story of the Chance twins, Dora and Nora, the illegitimate offspring of the revered Shakespearian actor Sir Melchior Hazard.

For the twins, living on the wrong (South) side of the river and employed as hoofers in the music hall, the world of low life theatre is their home, a place where they can be themselves along with all the other misfits and outsiders.  It is this very different type of family which is celebrated in Rice’s production which is like an animated seaside postcard, all rude rambunctiousness and sauciness. But there is a hidden tenderness too. 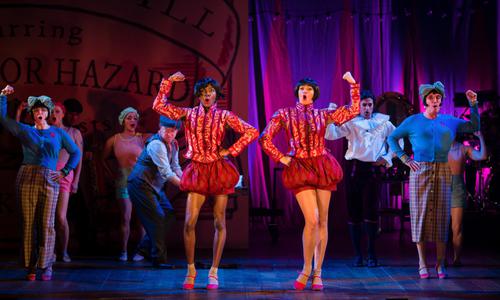 The late Pina Bausch once declared, “dance, dance, otherwise we are lost,” and Carter’s novel and Rice’s high-kicking production remind that not only can we be saved by song and dance, but they add immeasurable joy to our lives. The cardboard crowns of high art may disintegrate but the sound of uproarious laughter never fades. This show is an irresistible celebration of both life and theatre and it is performed with full-on riotous, cross-dressing glee by a large ensemble.

The ticking of a clock can be heard in Stephen Sondheim’s score for Company, but it is biological clocks which can be heard most loudly in Marianne Elliott’s reinvention of Company at the Gielgud. Sondheim’s original Bobby, a bit of a flake, becomes Bobbie played with appealing intelligence by Rosalie Craig as a woman who on her 35th birthday realises that maybe her choices are closing down.

Bunny Christie’s brilliant design with its telescoping rooms makes you think of Alice in Wonderland and there is more than a touch of the surreal—and sometimes the sinister too—in the way Bobbie’s New York apartment with its birthday balloons is portrayed. Craig’s Bobbie may be contemplating her own future, but she is also a surrogate child to her many married friends who use her to plaster over the cracks in their own relationships. 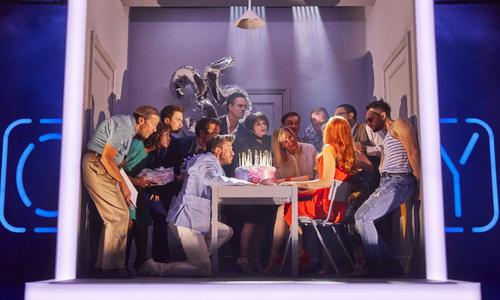 As in Wise Children, the suggestion is that we make many different types of family to cope with the loneliness we feel in a world where we are constantly surrounded by people and the babble of the digital age. Elliott’s production rather cleverly asks the question who should we listen to in an age of endless noise? It is good too on the way couples require a third party to communicate with each other.

This is a fabulous production, sharp as a pin and one that gives one of Sondheim’s greatest scores a chance to be heard but in an up-dated setting which untethers it from the 1970s and make it seem smartly on point. Terrific too to see Patti LuPone reinventing Joanne and the number Ladies Who Lunch so it doesn’t just have snap and snarl but also the bruised pain of a woman who knows she has let life slip down like a vodka stinger. 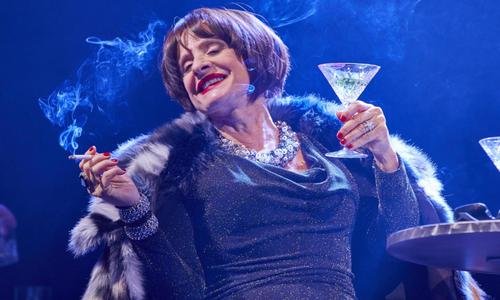 Tip: if you're excited by the work being done by artists like Bryony Kimmings, Marianne Elliot or Emma Rice, then you can follow them on Stagedoor. The next time they make a show, it will appear in your personalised recommendations on the Whats On page.