Ask Lyn: Will the vaccine mean we can get back to theatres soon?

"As a keen theatregoer I was elated to hear the news about the vaccine, does this mean we will all be back in the theatre very soon sitting cheek by jowl and roaring our approval?" Elated, Tottenham Hale

But I think it depends on what you mean by “very soon.” Does the vaccine mean we will all be back in the theatre by Spring? Aunt Cecily and I did a little jig in the kitchen when we first heard about the vaccine. Then we thought about Matt Hanock’s Track and Trace and instantly fell into the slough of despond at the thought that the roll out of a nation-wide vaccination programme may turn into a pantomime. Auntie and I are both always up for a pantomime (preferably starring Clive Rowe), but not for one directed by a Tory government of rank amateurs. 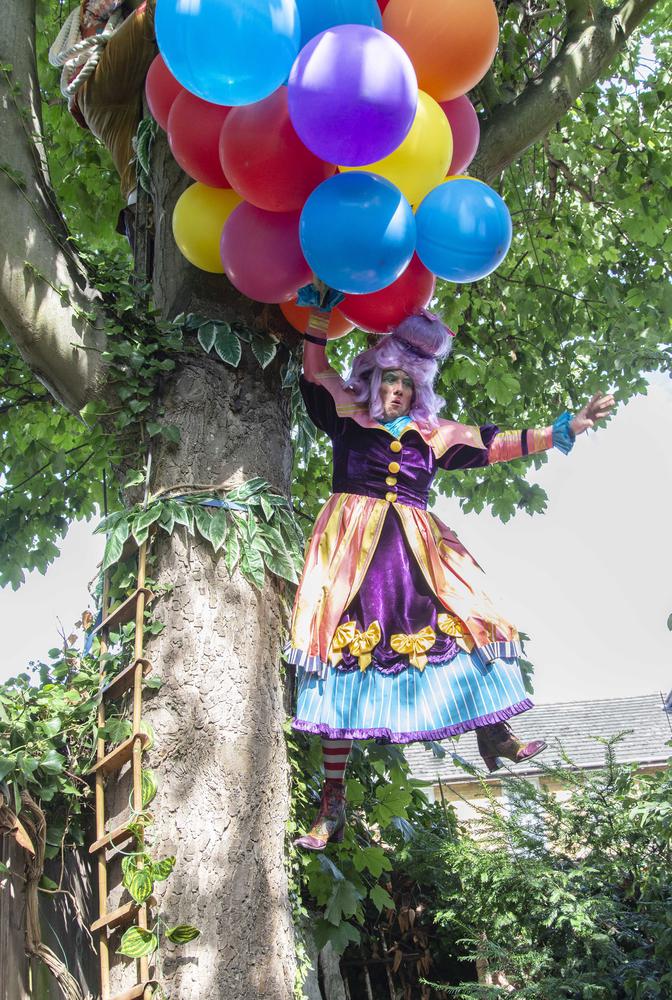 Peter Duncan as Dame Trott in Jack & The Beanstalk showing online throughout December.

While I’d love to think the answer to your question is yes, it’s probably too early to celebrate with a small sherry. The details of the vaccine’s efficacy are still uncertain, and it’s roll-out unclear. I reckon that social distancing in the theatre may be with us until well into next year. Maybe even the backend of 2021. We will have to be patient a little longer before we can all pile back into the theatre and once again enjoy those long queues for the loo and the opportunity to be kneecapped by the seat in front. Social distancing and hygiene may remain our best hope of controlling the virus for some time yet which is financially unviable for many theatres. Of course, I hope I’m wrong. I am frequently, violently wrong. I am still seeking forgiveness for my original review of Les Mis at the Barbican in 1985.

In any case, I may also be wrong because I am no scientist. I once scored one per cent in a biology exam and the one mark was awarded only because I wrote my name correctly at the top of the paper. In the end it will be scientists and the government who decide and give the signal about when theatres can re-open (stage five on Oliver Dowden’s infamous and now rather tatty road map) without social distancing.

Only then will theatres and theatre producers–whether for tiny companies, or multi-million-pound West End shows–be able to decide whether the moment is right for them and their organisation to produce again and welcome back audiences at full capacity. We won’t all be back in Kansas with a click of ruby red slippers. Although theatres and producers have not been idle and are all planning for the day when this is possible.

You may recall at the start of the theatre shutdown many producers were talking about the pain of unproducing as shows already running or which were scheduled to start soon had to be stopped in their tracks and contracts untangled. If closing down theatre was hard, opening it up again–while far more joyful–is also unlikely to be straightforward. After so long in the garage, theatre may be a little rusty in some areas and hard to crank up again to full capacity.

There are going to be lots of factors to consider. Many arts organisations are in a fragile state now, and by next year may be in an even more precarious position. They will have less money, fewer staff and fewer resources than they did last March. Many freelancers will have quit the profession entirely. There will be a big question mark over audience confidence. Even when theatre does re-open fully nobody knows for certain that audiences will come flocking back.

That uncertainty means that theatres and producers are likely to be cautious and wisely so, looking to put in place phased re-opening plans, or holding back until they see how others who are bolder than them, or who are called Nica Burns (the legendary owner of Nimax theatres), fare.

So Elated in Tottenham Hale, I’d say exercise a little patience, enjoy the offerings on Stagedoor’s Streamdoor in the meantime, and look forward to returning to the theatre. Just not quite yet. But yes, the potential availability of a vaccine has nudged that moment a little closer. Good news indeed.