"Dear Lyn, a couple of weeks ago I watched Jack Holden’s one-man play, Cruise, online. But I see that the same show will also be live on stage at the Duchess from May 18 for four weeks. I thought it was a bit strange that a show which is about to go into the West End was available in the weeks just before online. Surely it dilutes the potential audience for the West End run?" - Billy, Palmers End

The last year has changed a lot of things about how we live, work, shop and that also includes how we experience theatre. We don’t know whether people will go back to offices five days a week or whether a mixture of home working and office working will become the norm. We definitely don’t know yet and won’t until after mid-May exactly how people will want to see theatre and what will be the best ways to distribute it.

Many have enjoyed live streams, interactive and filmed shows on line during the lockdowns, and while some will cease accessing theatre that way once they can return to see live theatre, many others won’t yet be ready to return to the theatre and many more will welcome the option of both enjoying streamed theatre and the live experience. They will want to mix and match in the same way that workers want to be able to mix and match home and office working and are more likely to be loyal to employers who allow them to do both.

You could say that Holden and the producers of Cruise are being particularly canny in recognizing that the same piece of work can exist in different forms and that one doesn’t necessarily detract from the other. Because the danger is that in prizing its liveness theatre fails to fully recognize the potential of digital as a creative tool to create and deliver work across many scales and to many different audiences.

Besides Cruise, there are plenty of other examples of the revolution taking place from the release of Hamilton on-line to the fact that Phoebe Éclair-Powell’s Harm is currently available on the BBC iPlayer but will also shortly be on stage at the Bush theatre with the excellent Kelly Gough (a very good Blanche in Streetcar a couple of years back). I heard David Greig’s Adventures with Painted People on Radio 3 last year and really loved it, but that doesn’t mean I wouldn’t want to see it at Pitlochry Theatre later this summer if I get the chance. The experiences will be quite different. 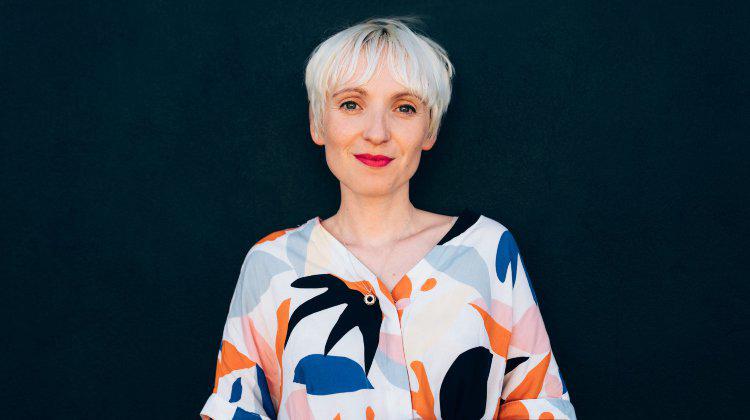 After all, nobody (at least not a keen theatre-goer) says I’ve seen Under Milk Wood before so therefore I don’t want to see it with Michael Sheen, Karl Johnson and Sian Phillips at the NT. We know that this Under Milk Wood will be different from any other Under Milk Wood we’ve seen. Harm via the iPlayer or the streaming of Cruise will be very different experiences from the live performance.

Offering shows in different forms and across more than one platform is a win-win for both theatregoers and for producers and theatre-makers. It not only covers more bases (in the event, god forbid, that the live version cannot open because of an unexpected Covid surge) but also opens up more income streams. Not everyone who might like to see the show has the West End within geographical reach. Many who would like to see the show but who would never book a ticket for the live event still have the opportunity to catch it. I suspect that following the West End run, they are likely to get the chance again online. The life of the show will be infinitely extended.

Many who have seen Hamilton online are now more eager than previously to see the live show, and there is plenty of evidence that when a theatre show appears on another platform it doesn’t kill a potential live audience for that piece but actually increases demand. When Jaavid Allipoor’s The Believers are not Brothers played the British Council showcase there was no less demand because it had already been broadcast on BBC4. On the contrary, it may have actually helped the box office. Audiences aren’t stupid, they know that a live theatre experience is different from one experienced via a screen and many will be interested to make comparisons.

So, Billy, I reckon that what has happened with Cruise will become the new norm. I don’t think it will damage the box office, and it might actually help it.