Ask Lyn: What will theatre be like when it comes back?

"Dear Lyn, What shows do you think we will see when theatre comes back?" - Curious, Putney

I always endeavour to be “the very pineapple of politeness”, as Mrs Malaprop has it in Sheridan’s The Rivals, but I slightly take issue with the idea that theatre has gone away since last March. It hasn’t, it has just moved beyond the auditorium. Theatre has been happening all over the country in on-going participatory and community projects which have never stopped. And, sadly, never stop being invisible.

There has also been vast amounts of theatre made by individual freelancers and independent companies which has been delivered in all sorts of ways, including online, but also outdoors, or via post or phone. So, plenty of theatre is happening, and thank goodness, because freelance theatre-makers need employment. I think much of this work is here to stay, and three cheers for that. I like a bit of variety.

But I guess what you are asking is what shows will we see on stages across the country when auditoriums re-open? Whenever that is. Producers everywhere are scratching their heads over this one. Not least because a great deal of information that they had about audience behaviours may not hold true moving forward. There are so many unknowns.

When the older population (an important demographic for theatre) are all fully vaccinated will they return to the theatre, or will their thoughts turn to holidays untaken and long restaurant meals with friends not seen for months? Who knows, but I did have to confiscate a Saga holiday brochure from Great Aunt Cecily the other day and thrust an iPad under her nose with details of Natalie Ibu’s mouth-watering first season at Northern Stage in Newcastle. Newcastle is every bit as enticing beautiful as the Costa Blanca. 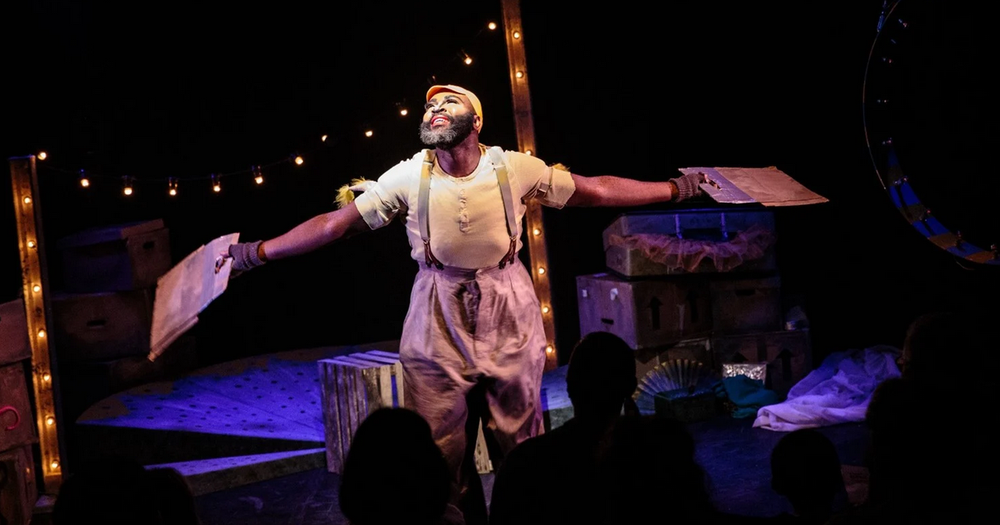 Le Gateau Chocolat in Duckie coming up at The Northern Stage.

Then there are the tourists, or rather the lack of them. Tourists are really important to London’s West End theatre ecology. Without them, who will want to see The Mousetrap? If the West End has to cater for a more domestic audience, it will have to offer them shows that feel sufficiently like an event to entice them.

That will certainly mean big musicals like Andrew Lloyd Webber’s Cinderella or Frozen or quality, already tested family shows like Neil Gaiman’s The Ocean at the End of the Lane which is heading to the West End via the NT later in the year. Those shows are already announced, and I think it’s likely they will open (if not necessarily on the dates currently scheduled) but I also suspect we will see a great number of smaller cast shows with very big star names. Producers are going to have to give people very good reasons to go to the theatre rather than to the pub.

Of course, I regret the potential loss of scale (although I hope the 2021/22 panto season will be bigger and better and glitzier than ever) but it might prove an opportunity for those making more adventurous work to become more visible. Shows that feel a bit different, which perhaps have a strong social element built into their structure, are immersive or include elements of interaction, are I think likely to find audiences. One-to-one shows may have an appeal, and I’m prepared to bet that shows created locally with artists with local connections are going to be very attractive to audiences.

Over the next few years, I’m sure that tourists will return, and older audiences will be increasingly confident about buying tickets. But, of course by then, theatre may well have changed substantially. If it has, that may be no bad thing.

Cover Image from The Ocean at the End of the Lane. Photo by Manuel Harlan.