"I see the National Theatre has announced plans for shows into 2022 including Rufus Norris directing a musical Christmas show, Hex, written by his wife Tanya Ronder. Is this the programme from the NT that we need at this difficult time?" - Martin, Westminster

Every week Great Aunt Cecily begs me to commission her to write her own Stagedoor column on the basis she contributes all the best jokes to my one. She’s not lying, but I’m adamant in my refusal. What would keeping it all in the family look like to the outside world? Let’s just not go there.

I suspect that it would be wiser if Rufus Norris hadn’t gone there either, particularly at a time when sensitivities in theatre about who does and doesn’t get opportunities and access to theatre making are understandably high. I reckon the Open Hire model for directors could be extended to many other roles in the profession.

That said, to be honest, I think Hex sounds completely terrific. I’ve always thought that Carabosse got an unduly bad press, and Ronder is a fine writer. But giving over the Olivier to a husband and wife show (with music by Jim Fortune) isn’t quite reading the room in the way you’d expect Norris to do as the artistic director of the NT at this particular moment in time.

Also, although we should not forget the success and radicalism of London Road, I am just a weeny bit worried whether new musicals are quite Norris’ forte after the baffling Wonder.land at this address and the Manchester International Festival in 2015. 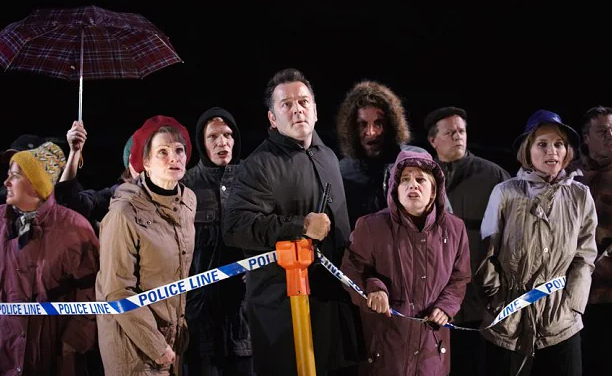 The company of London Road at the NT in 2012. Photo by Mark Douet.

But we shall see. Maybe Hex will be the big hit the NT needs to plug the £60million shortfall it’s suffered in income over the last 16 months, not to mention the fact that three years hence it is going to have to start paying back the £19.7million cultural recovery fund loan it received. There are tough times ahead for the NT, and the slimmed down organisation is trying to walk a tricky tightrope between box office success and supporting British theatre beyond London.

Previously announced shows such as Kae Tempest’s Paradise, a version of Philoctetes directed by Ian Rickson and starring Lesley Sharp, and Nicola Walker leading the cast for Dominic Cooke’s revival of The Corn is Green are likely to be box office draws, as should Cooke’s staging of Larry Kramer’s about the New York Aids crisis, the Normal Heart. It is worth NT regulars noting that all shows announced will be for a run and will not be playing in rep, although I guess there is no reason why successes may not be brought back for a further runs.

Good too to see Nancy Medina directing Alice Childress's satire on Broadway theatre Trouble in Mind in the Dorfman in December, and Anupama Chandrasekhar talking over the Olivier with The Father and the Assassin, a new play about Gandhi’s assassin. That’s bold, confident programming.

I’m also delighted that Alecky Blythe returns to the NT with Our Generation, a verbatim play following the lives of 12 young people over five years. Directed by Daniel Evans, it’s a co-production with Chichester, one of several over the coming months that will see a co-production of Winsome Pinnock’s Rockets and Blue Lights with the Royal Exchange Manchester with Miranda Cromwell at the helm, Iqbal Khan’s revival of East is East coming in from Birmingham Rep and Emma Rice’s previously announced Wuthering Heights, a coproduction with Wise Children, Bristol Old Vic and York Theatre Royal which is made all the more toothsome by the casting of Lucy McCormick as Cathy. Another independent company, the wonderful Gecko, have also been commissioned by the NT for a show that will tour in 2022 and land on the South Bank in 2023. 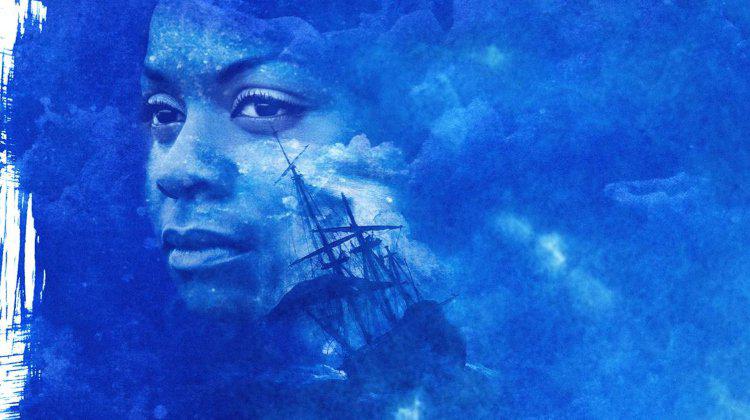 In fact, the most interesting part of the NT announcement was not about programming but the news that its New Work department will be pivoting to supporting more work made outside of London. If the NT is truly national, then its resources must advance not just itself and London but the wider theatre ecology. In the past the NT studio did just that, and it’s good to see the NT pivoting towards a policy in which the NT annual £16.7million subsidy and resources are spread a little more widely at the development stage.

Moving forward, big institutions like the NT face many challenges but their own chances of survival will be increased by looking outwards not inwards, and being generous in sharing their resources not hoarding them. For the NT that’s particularly crucial not just because of its name, but also because if sometimes in recent years it is hard to distinguish a lot of its programming from that of non-subsidised houses such as the Old Vic and the Bridge. It has to demonstrate its value in other ways.