"Dear Lyn, I was hoping to see lots of new theatre when the West End reopened. Are you disappointed that so many shows that were in the West End pre-pandemic are returning?" - Ross, Stockwell

Witness for the Prosecution

Back To The Future - The Musical

I don’t think it’s surprising that the tried and the tested are returning to the West End. I will be curious to see how some—I’m particularly thinking of The Mousetrap—will do without the benefit of a tourist market, which has always been crucial to the health of Shaftesbury Avenue.

But still, I look at it as a way to catch up on those shows that you always meant to go and see but never quite got around to booking a ticket. Never seen Come From Away? There may be no better time for the touching 9/11 musical when it returns to the Phoenix from July 22. I never caught &Juliet (back at the Shaftesbury from September 24) when it first opened and would be very curious to see why it has such a broad following. I reckon that unless you have somehow mislaid your heart during the last 12 months then Everybody’s Talking about Jamie (Apollo, from May 20) is going to seem as fresh and more relevant than ever.

One of the reasons for shows returning is perhaps, like Tom Stoppard’s hugely autobiographical Leopoldstadt (Wyndhams from August 7), they had barely had time to bed down when the shutdown came. The other is that quite simply it takes huge amounts of time, effort and money to mount a brand-new West End show, and most of all it requires confidence. All have been in short supply during the last year, and may be for a little while yet. Everyone knows there is an audience for Six (Lyric from May 22) and Hamilton (Victoria Palace from August 19) so it would be daft not to let that audience find shows for which there is likely to be pent up demand. Similarly, there is probably not a more feel-good show to get family audiences back to the theatre than Jac Yarrow and Jason Donovan in Joseph and the Amazing Technicolour Dreamcoat (London Palladium from July 1). 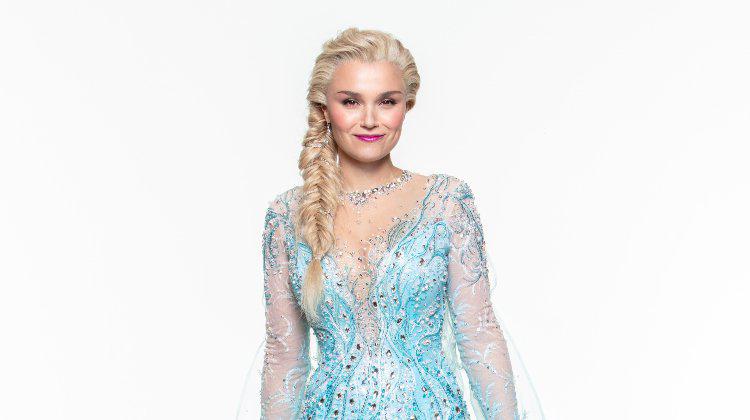 Samantha Barks as Elsa in Frozen. Photo by Trevor Leighton.

New shows are much more of a gamble, and tempting audiences back is easier with titles that they recognize. But that’s not to say that some aren’t trying. Long awaited shows such as Andrew Lloyd Webber’s Cinderella (Gillian Lynne from June 25) and Frozen (theatre Royal, Drury Lane from August 27) are gearing up to go, as is the Back to the Future Musical (Adelphi, from August 20) and Get Up, Stand Up! The Bob Marley Musical that arrives at the Lyric on October 1st.

Still, the next few months offer a chance to see several smaller-scale plays get an airing at big West End venues. Nica Burns is handing over several Nimax theatres for short runs of shows that might normally be seen as fringe, or indeed on the Edinburgh fringe. Sonia Friedman’s Re-Emerge season at the Harold Pinter from May 22 which includes Gemma Atherton in Amy Berryman’s Walden, Jasmin Joseph’s Theatre 503 hit, J’Ouvert, and The Crown star, Emma Corrin, in Anna X.

I reckon that moving forward we are likely to see more half-new shows such as the transfer of Amelie, from the Other Palace to the Criterion (from May 20) and tried and tested hits such as Nick Payne’s Constellations that returns with up-to-the-hilt star casting that over the run from June 18 pairs Shelia Atim with Ivanno Jeremiah, Zoe Wanamaker with Peter Capaldi, Omari Douglas with Russell Tovey, and Anna Maxwell Martin with Chris O’Dowd. While Witness for the Prosecution will be back at County Hall in early August, it’s preceded by the brilliant interactive show, The Money, which I’ve seen more than once and is always different and very, very slippery.

Anything opening in the West End over the next few months is taking a risk, and while I’d love to see commercial producers being braver, I think that anyone mounting any kind of West End show over the next year is taking a risk, and I wish them all the luck in the world as they do it. In theatre we are raised on a constant diet of the new. Maybe this is the moment to celebrate the shows who had their runs cut short in 2020 and which are getting the chance to shine again.