"Dear Lyn, When the revival of Jerusalem was announced for next year at the Apollo, with Mark Rylance reprising his role as Johnny “Rooster” Byron, I was thrilled and signed up for priority booking...

"...I loved the play and production when I saw it at the Royal Court in 2009. It’s up there as one of the best things I’ve ever seen. But now I’m wondering whether it can ever live up to the glorious memory. Should I book and risk being disappointed?" - Alesha, New Malden

Your question has caused a bit of a division in our house. Great Aunt Cecily says its always best to quit while the going is good, but I reckon that it is perfectly possible to see a show a second time without ruining the cherished memory of the first experience of that play or production. Arcadia is the one Tom Stoppard play I really love, not least because the writer shows us his heart in it, but while I‘d rate it as one of the great plays of the second half of the 20th century, I’ve seen revivals so poor it has seemed barely mediocre. 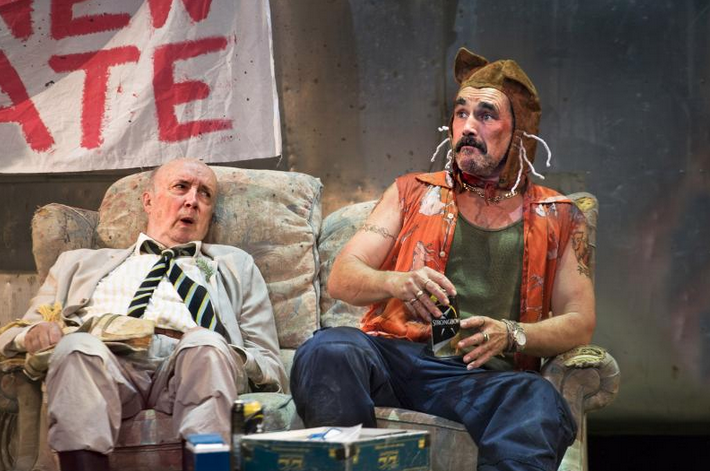 Jez Butterworth’s Jerusalem, has frequently been described as the play that set the benchmark for 21st century playwrighting and one not yet rivalled. It is a cunning piece, a state of the nation play dressed up as a scabby English pastoral. Set on St George’s Day in a small Wiltshire village and drawing on myth and folklore, at its bruised heart is Johnny “Rooster Byron”, a trickster and latter day pied piper who gathers local disaffected and stoned youth around him. He spins tall stories including one about having met a giant on the A14 about half a mile away from the Little Chef. Like Johnny himself, the play has a restless, rebellious spirit. The Telegraph has already dubbed it “the greatest play of the century” but that does seem a mite premature since we are not even a quarter of a way through yet.

What is interesting about this revival is that it brings together both some of the original creative team—including director Ian Rickson—and some of the original cast. The mighty Rylance is re-joined by Mackenzie Crook as Rooster’s gangly sidekick and all-round loser, Ginger. The good thing about that is that everyone should know exactly what they are doing; the downside is that the production may feel like a quest to recover lost magic. The ephemeral nature of theatre means it can burn brighter in the mind’s eye, becoming ever more burnished as the distance lengthens from the event. One of the interesting side effects of the move towards filmed versions of stage productions is that ephemerality is potentially compromised. 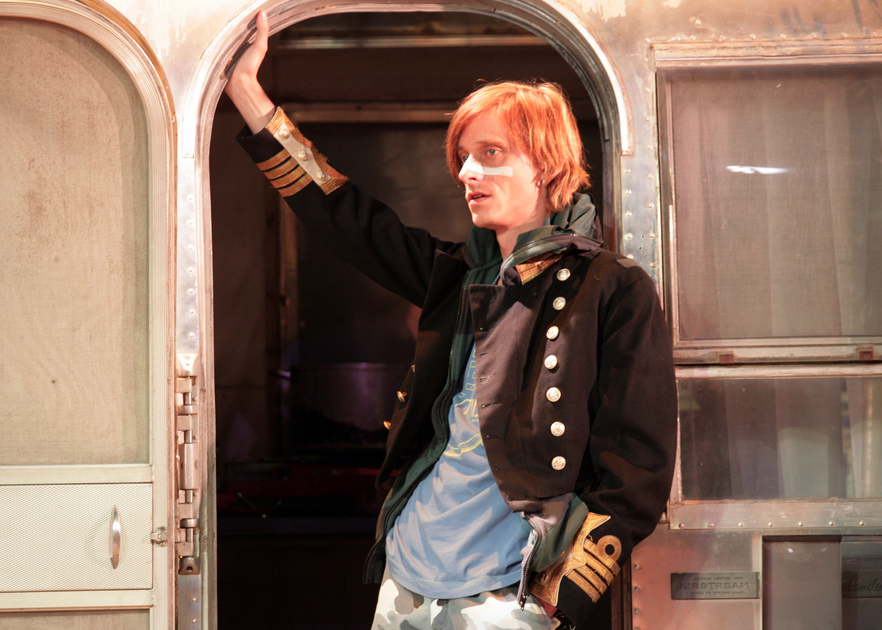 So, Alesha, I guess there is a possibility that you will ruin your memory by revisiting the play. But I’d also say that you may discover new things and hidden depths that you didn’t notice first time around. The best plays always change because of the context in which they are presented. A play that seems bang on the money a decade ago might not speak directly to us now. Any revival of a deliriously received play must make a case for the play afresh. I suspect that Rickson and co. will do just that. They will know they are taking a risk by doing the revival, and they won’t want to sell the play, themselves or audiences short.

In fact, Butterworth slightly updated the play when it transferred to the West End, and if you want further reason to book a revival of the play at the lovely Watermill Theatre in Berkshire was ecstatically received. You may, of course, go and be disappointed, but as it’s a limited run. I’d be up for talking the risk; if you don’t you could be kicking yourself next year if the reviews come out and declare that Jerusalem is the play of the century all over again.

You can find dates and tickets for Jerusalem here.