Lyn Gardner
17 Jan 2022
"Dear Lyn, I’m a keen West End theatre goer and have felt for all those working on shows that have had to cancel performances or have been delayed because of Omicron...

...But I know it’s not just the West End that has been hit. I’d like to make 2022 the year I dip my toe into off West End and the fringe. Where should I start?" - Luci, Camden

Delighted to help on this, and glad you’ve noticed that it is not just the West End that has been suffering as a result of omicron, because the mainstream media sure as hell haven’t. Andrew Lloyd Webber deciding to pull Cinderella until February is very sad for all involved, but his pockets are deep enough to sustain the losses, and nobody is going to forget who ALW is overnight. That’s not true for most of the UK’s theatre makers for whom money is tight and opportunity scare. The cancellation of this year’s Vault Festival will be a blow to many, and some will not get that opportunity again. Lots of early and mid career artists –many highly talented—are leaving the profession.

Most careers do not start in the West End but in the UK’s wonderful network of regional theatres or in fringe and off-West End theatres. So, supporting them is crucial. Tickets will often be cheaper than in the West End; the vibe more relaxed. After the show you will often find the artists in the bar alongside you and happy to chat. Unlike in the West End where the play’s always the thing and where theatregoers have no venue loyalty, one of the pleasures of off-west end and fringe venues is that if you become a regular you get to see how the theatre programmes, are likely to watch some of the same artists over a longer period so get a sense of their work and what they are trying to achieve. You might even become familiar with some of the staff over time. It’s an entirely different experience from the West End, so give it a try, and here are six suggestions of shows at venues which are in form that will all welcome you and your beyond- the -West End adventuring with open arms. 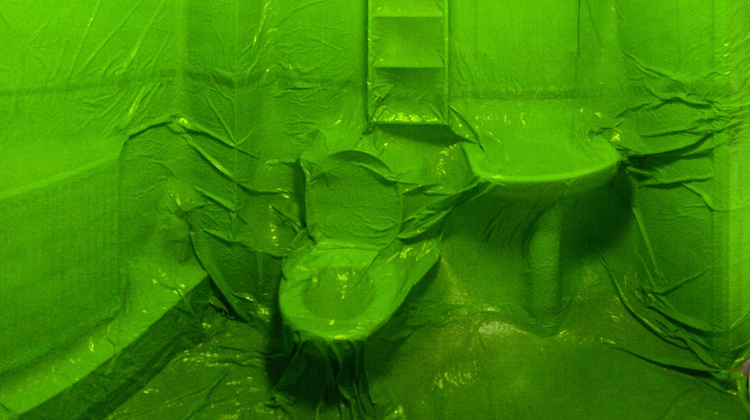 Playwright Dennis Kelly and director Lyndsey Turner are a wonderful pairing as anyone who saw Girls and Boys at the Royal Court will attest. Here’s one that Kelly made earlier in his career, but a play which has stood the test of time and which in some ways seems all the more pertinent as violence against women is in the news. It tells of Louise who wakes up in a nuclear bomb shelter to discover that she has been saved by co-worker, Mark. She owes her life to him and he’s thought ahead: the bunker is stocked for two weeks. But is all quite what it appears? It’s a terrific play and it will be good to see a contemporary play bouncing off the theatre’s beautiful Victorian auditorium.

If you are interested in new writing then the Royal Court comes with an illustrious history but which is a theatre always looking to the future. Downstairs in the main house you can see Alistair McDowall’s intriguing sounding The Glow. Looking a couple of weeks ahead you can see the debut play from Irish writer Sarah Hanly that comes garlanded with praise from Dublin’s Abbey Theatre. A celebration of female sexuality, this coming of age story of rebellion against religion and conformity is by all accounts both hilarious and heart-breaking and heralds Hanley as a bold new talent who doesn’t beat about the bush in any way. 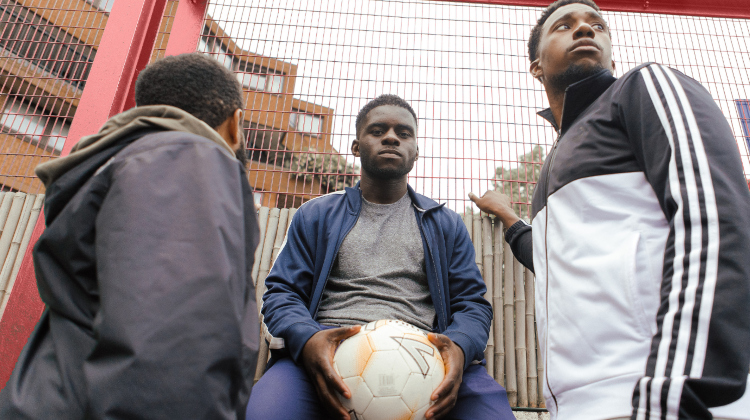 West London’s powerhouse has had a strong season, a theatre on a roll is always worth visiting. The venue follows up Ella Road’s mighty Fair Play with another drama about sport. Written by Tyrell Williams who co-created the viral web series #HoodDocumentary, Red Pitch concerns three South London friends bound together by playing football on the local football pitch. But the neighbourhood is changing and new flats bring new people into the community which has to fight to survive.

It may be improbably situated between office blocks by the Euston underpass but NDT has proved itself one of the most significant spotters and supporters of theatrical talent in the country. The upcoming season has some potential; gems including Project Dictator from the always inventive Rhum and Clay and the theatrically inventive Deafinitely Theatre who in Everyday will be exploring domestic abuse in the deaf community. But straight out of the blocks this January comes The Winston Machine, created by the endlessly ambitious Kandinsky and exploring how the past influences the present and the myths that we cling to about WW2. 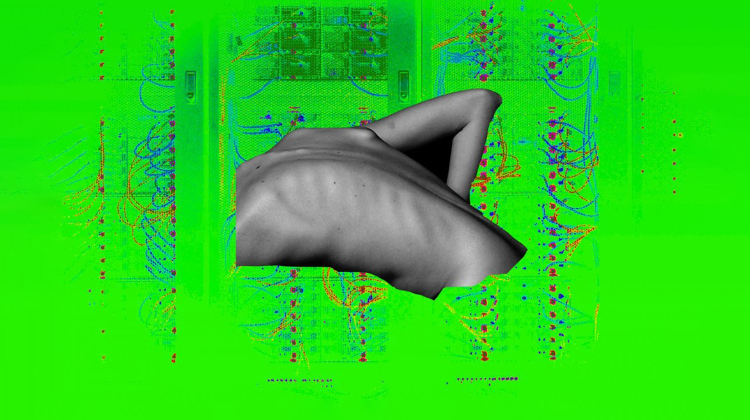 One of the best shows I saw at Vault 2020 before the pandemic hit, Nathan Ellis’ ingenious piece about work is just what the fringe is for. It defies the traditional rules of engagement and is performed entirely by the audience. Intrigued? You should be, because it’s a zinger and hard hitting about zero hours contracts and whether we work to live or live to work. Great to see Soho giving it a longer run and there is loads in the Spring programme to tempt including Ryan Calais Cameron’s latest, Human Nurture, the return of the fabulous Queens of Sheba and Amda Wilkin’s award-winning Shedding a Skin, David Hoyle’s Ten Commandments, James Fritz’s Lava and Stephanie Martin’s Juniper and Jules. If you are tired of Soho’s programme, you are tired of life.

An Unfinished Man (The Yard)

Let’s hope It’s fourth time lucky for rising playwright Dipo Baruwa-Etti, whose Yard debut has been delayed several times by the pandemic. But the Yard—one of London’s most distinctive and consistently surprising theatres---has stuck by the play. It certainly sounds terrific, telling of a man who has been unemployed for seven years. His wife reckons he is depressed, but his mother and pastor have another explanation: he was cursed as a child in Nigeria and the curse must be broken. The Yard is an experience: go for the play and stay for the food and atmosphere.

Cover image from An Unfinished Man at The Yard.