"Dear Lyn, Do you think Game of Thrones on stage is a good idea?" Frankie, Vauxhall

To be honest most things sound pretty daft as an idea for a play. Think about Hamlet. Almost four hours of procrastination doesn’t exactly sound like a sure-fire theatrical sizzle. Three Sisters? Great Aunt Cecily says she never understands why the trio just don’t pop down to the nearest station and buy themselves one-way tickets to Moscow. Irina could even use her 18-25 rail card. Happy Days? A woman buried up to her neck in sand for two hours. Waiting for Godot, in which “nothing happens. Twice.”

At least Game of Thrones on stage is likely to be full of action – though interestingly it's not often action but individual desire and how that intersects with other people’s conflicting desires that makes for genuinely gripping theatre, not big battles or quests. Remember Lord of the Rings, where the cast wandered round and around the stage in ever-decreasing circles?

Of course, Shakespeare knew a thing or two about dynastic struggles (Ivo van Hove’s the Kings of War is every bit as exciting as anything in the Game of Thrones TV series). Still, Frankie, I guess what you are really asking is whether it’s a good idea to transfer hit TV shows to the stage. The announcement of Game of Thrones comes hot on the heels of the news that The Queens Gambit is going to be made into a musical. Have they not heard of Chess? 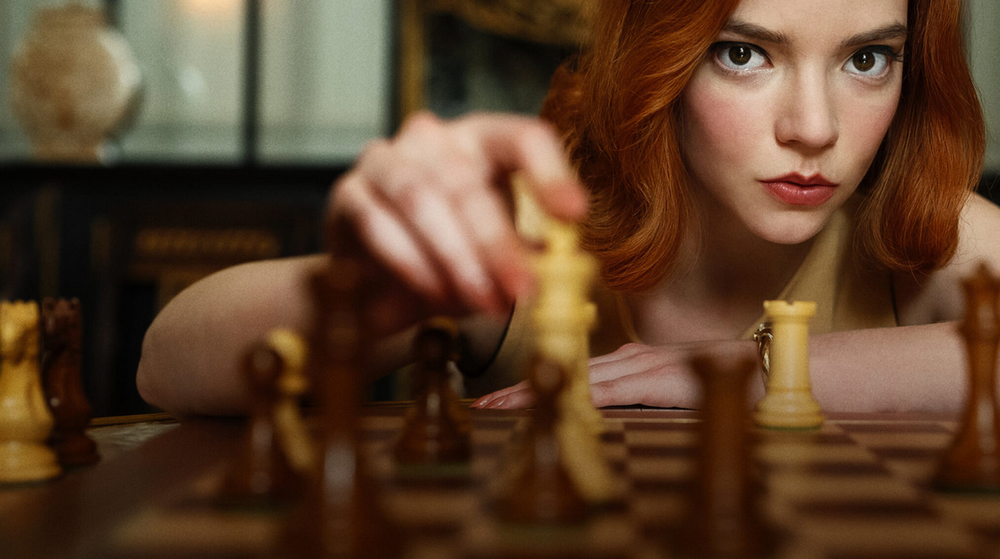 Anya Taylor-Joy in The Queens Gambit. Image by Netflix.

It would be a pity if well-known titles from hit TV shows became predominant in our theatres, particularly at the expense of new work, but movies and books have provided endless inspiration for theatre-makers, so why not TV? Who would have ever thought that the movie of The Lion King could be turned into such thrilling theatre? Or that Harry Potter could be reinvented for the stage in such exhilarating fashion? In both cases it was the inspired choice of creatives on the project (Julie Taymor with those pesky lions; Jack Thorne, John Tiffany and Steven Hoggett on Cursed Child) who brought the creativity that animated those shows.

Playwright Duncan Macmillan and Dominic Cooke may well be able to do the same for George R Martin’s pre-equal. Necessity. Mother of invention. You get my drift. I have always liked that Cole Porter quote when he declared with refreshing honesty that “my sole inspiration is a telephone call from a producer.” Maybe that’s the case here, but it doesn’t matter what the source is, only the execution.

So do I go: “Game of Thrones on stage, I’ll fight to be first in the queue?” No. But I’m prepared to wait and see and put faith in the magic of theatre – and that the creative team won’t find that putting fire-breathing dragons on stage presents any problems whatsoever.