"Hello Lyn, I see that Rufus Norris at the National Theatre and others have been suggesting that London theatre is going to be damaged and the work they do beyond London impacted too if in the coming funding round money is moved out of London as part of the government’s levelling up agenda..."

"...Do you think there is reason for concern?" - Cath, Penge

This is a tricky one, not least because there is only so much cake (and it’s been a shrinking cake over the last 10 years, particularly when you factor in the loss of local authority funding which affects regional theatre directly) and as soon as you try to share the cake in different ways there are always going to be winners and losers. What I do know is that it should be up to ACE, not Nadine Dorries, to decide where the limited money there is for arts funding is distributed.

But my concern is that when Norris and those already in receipt of significant amounts of subsidy enter the debate it can come across as whinging, and sets up a divisive situation which pits well-funded London theatre against the rest of the country. That’s a great pity because theatre is a nationwide ecology. When theatre in the regions is in rude health (and like London theatres it can only ever be with proper funding) then London is the beneficiary, and vice versa. What we want is the whole ecology to bloom. That will only happen when there is more subsidy for all, rather than moving what little there is around. We should concentrate on making that argument and making sure we have the evidence to support theatre’s impact on people and how they feel about the place they live.

Nonetheless the truth is that funding has for many years been weighted heavily towards London and the South East. While ACE has been trying to correct some of that shocking historical imbalance, it has made pretty slow progress. But, of course, ACE understands in a way that Dorries clearly does not that you can’t just throw money into places that are in need of levelling up (or to put it another way, where current Tory MPs may be in danger of losing their seats in the next election). That money is likely to be wasted if the infrastructure and facilities are not already in place to support the work that might be made, and to develop both artists and audiences. 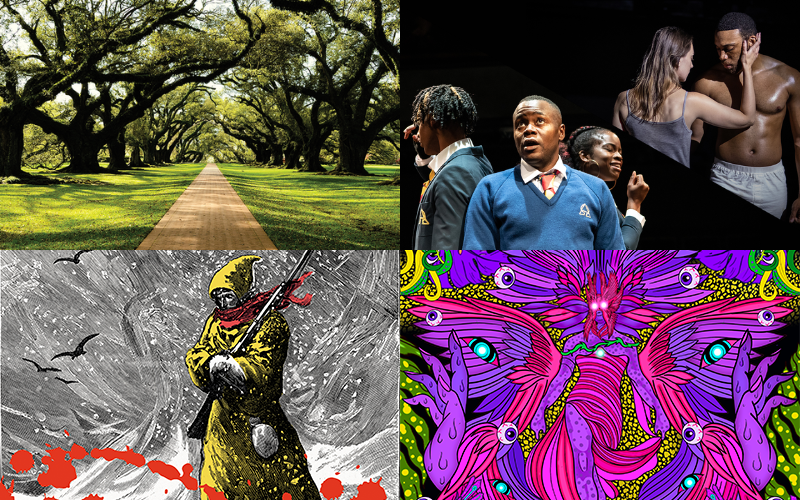 Money has to be carefully targeted, but my view is that even if that presents significant challenges, it’s no reason to defer change. One of theatre’s problems is that it keeps recognizing it has various barriers in terms of diversity and access but then goes “ah but it’s too difficult to make the change necessary and we don’t have the money to do it just at this moment.” The result? Inaction or change that only occurs at a glacial pace. So if not now, when?

The DCMS’s directive to ACE to move funding out of the South East is clearly not the best way of going about things. But while it is easy to argue, like Norris does, in favour of the status quo for fear of the damage that may occur if the NT and other high profile London institutions get slightly less funding (or indeed none at all, and I think we should look to the success of the defunded Orange Tree to demonstrate that for some venues there can be life after subsidy) there is also an argument that the rebalancing of arts spending may accrue considerable benefits and open up real possibilities in unexpected places too.

I don’t want the NT or indeed any London theatre to feel that their future success is threatened—particularly when the last two years have brought so many challenges to theatre—but in seeking to defend what they have had for so long there is a danger is that they look out of touch and defensive.

After all, we know that this is a government that appreciates the nation’s cultural “crown jewels.” The irony would be if in serving its own agenda, and effectively doing the right thing for the wrong reasons, the government ended up allowing more theatre beyond the South East to shine too.

Cover image archival photo of the National Theatre at night.