Ask Lyn: Do fans deserve more than the cheap seats?

"Dear Lyn, I read Caitlin Moran at the weekend talking about how market forces mean that the rich enjoy premium packages with a great view of the stage while the real fans are relegated to the cheap seats distant from the stage with poor sightlines..."

...She argued such policies may make singers like Adele rich, but could be an own goal because the lack of engagement from those in the swanky seats or areas means that the “headliners have basically just disinvited themselves from their own fabulous party.” Sometimes when I’m watching a show I love made by artists I really love from the upper circle, I feel that’s the same for theatre too. Do you?" - Justin, Wembley

Hi Justin, I read that piece too and enjoyed it very much. I liked the John Lennon quote “the people in the cheap seats, clap, the rest of you just rattle your jewellery.” Also Moran’s spikey description of a Justin Bieber gig where when the singer encouraged the audience to put their hands in the air: “I genuinely saw wealthy young women looking around—as if searching for their maids, to get them to put their hands in the air instead.” That reminded me of the ennui you sometimes experience in the theatre at a hot ticket where it feels as if the audience in the cheap seats are having a great time and are fully engaged, despite their distance from the stage, while the body language of those in the premium seats is akin to having their arms folded and challenging the performers to “show me what you can do.”

Theatre isn’t quite the same as a gig, except perhaps at Shakespeare’s Globe where the energy from those standing carries the energy from the stage to those sitting in the pricier seats. It’s also worth remembering most West End theatres were built in an era when architecture reflected divisions of class and privilege and were designed so Duchesses did not have to rub shoulders with flower girls (some of you will have spotted that sneaky My Fair Lady reference). More than a century later these playhouses reinforce those divides. 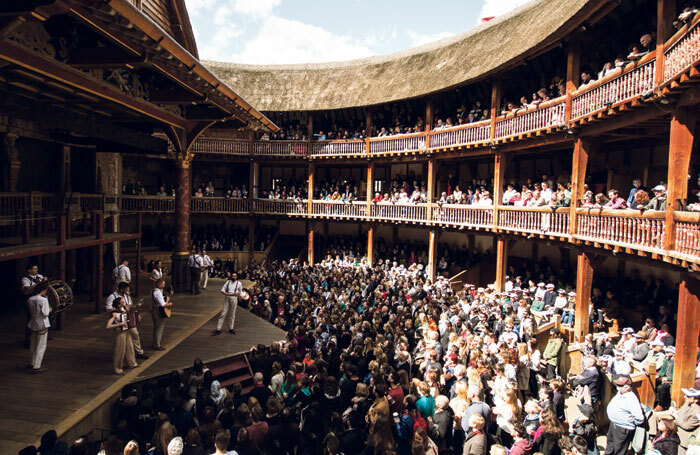 If you think that the audience in the theatre is integral to the show, and can potentially make as significant a contribution to the evening, then it does seem to me that selling significant numbers of your seats in the stalls at elevated prices must affect how the show is received. One of the things much commented on since the return of live theatre is the joy of audiences and how that joy contributes to the overall experience.

You only have to go to any decent panto or terrific musical to know that it is the audience that makes the occasion as much as the actors. Creating a black hole which sucks all the energy from the auditorium is not going to help that. I have an affection for venues such as the Globe and shows (I’m thinking the Bridge’s Julius Caesar) that actually reward those who are paying least by putting them in the thick of things. General seating must make exceptions for those with extra or different needs, but it is a fairer system because everyone pays the same and it rewards those invested enough to turn up early to nab the best spot.

Theatre needs fans, and it needs them where their enthusiasm can infect the rest of the audience. I reckon that Harry Potter and the Cursed Child is an example of that as are Hamilton and Dear Evan Hansen. Over the years I’ve seen numerous shows where a good show has been elevated to a great show by the investment of an audience. There is a reason why actors talk about good show because the dynamic of a particular performance can be markedly changed—for good or ill—by the audience.

Without its fans—those who don’t want to just be seen at the most fashionable theatre but who go regularly and follow with enthusiasm the work of the actors, directors, writers and designers whose work they really love—theatre faces a rocky and poorer future. Hugging your fans tight and rewarding their enthusiasm seems to me like a sensible way to invest in your future as an individual show or an artform.

Cover image of inside the Royal Opera House, London. Photo by Gabriel Varaljay on Unsplash.