Ask Lyn: Can we complain if we see an understudy instead of the star?

"Dear Lyn, When we go to the theatre and discover the understudy is performing in place of the star we booked to see, do we have reason to complain?" - Pernilla, Wembley

I suspect you are referring to the Twitter spat involving Carrie Hope Fletcher and the audience member who booked to see Cinderella on a Saturday matinee and was upset to discover that her understudy was performing, even though Hope Fletcher was on that evening. The ticket buyer took to Twitter to complain, tagging Hope Fletcher, who kicked back saying “I get that it’s disappointing not seeing the actors you hoped to see but PLEASE don’t message those actors to say how much they disappointed you.”

I reckon there are two quite distinct issues here. One is about social media and the relationship that stars have with audiences because of their followings, the other is about the fact that actors are only human and they get sick and they have commitments (Nan’s 95th birthday; a family funeral or wedding) which mean they need occasional time off. We do not know what was going on in Hope Fletcher’s life that day.

But let’s deal with the first issue. In the past if you turned up at the theatre and discovered the understudy was on, you would have to have written a letter sent via the stage door if you wanted to express your disappointment at their non-appearance, and the effort means that by the time you got home, you probably wouldn’t have bothered.

But when a performer like Carrie Hope Fletcher has such a large social media presence, and a Tweet can be sent in a twinkling, it’s not surprising that the disappointed will use that instant channel of communication, and see no reason why they shouldn’t express their frustration that way. One would have thought that such a savvy social media user as Hope Fletcher would have responded with graciousness and recognized that disappointment. But as we’ve said, a tweet can be sent and so can a reply in the moment and without forethought. 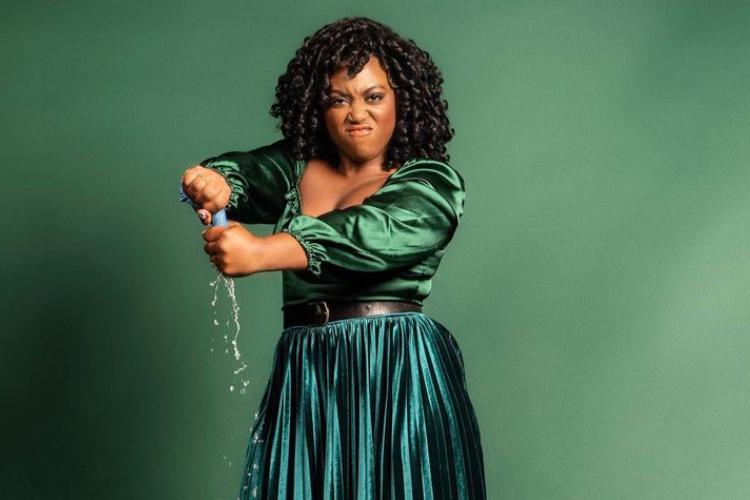 What this episode demonstrates is the gap there is between the public understanding of what actors do and reality. And there's also an issue of actors understanding that with social media followings (which increasingly play a part in casting) come a duty of public engagement with audiences, not just when they say nice things but when they feel hurt and upset too. The stresses and strains that audiences are currently experiencing are considerable. Shelling out premium prices at a time of Covid restrictions when attending the theatre can be quite an undertaking requires a dedication. Theatre is not currently in such a robust place that it can spurn those making the effort.

But is there good reason to be disappointed at not see Carrie Hope Fletcher play Cinderella? What are you buying a ticket for? The show or the star? It would, of course, be quite different if you had bought a ticket to see Carrie Hope Fletcher live in concert. An understudy would not do in those circumstances. I reckon producer Sonia Friedman and all in involved in the Benedict Cumberbatch Hamlet all understood that the reason why thousands of first time theatre-goers flocked to see was not because they had developed an obsessive interest in Shakespeare but because they wanted to see Cumberbatch. If, for whatever reason, he had been a no show there would have been refunds all round.

But however talented she is, Hope Fletcher is part of a bigger show and she is not bigger than the show in the way Cumberbatch was bigger than Hamlet. Plenty of people would book to see Cinderella whoever was playing the title role. Some will book who have never heard of Carrie Hope Fletcher but who have heard of Cinderella and may have heard of Andrew Lloyd Webber. Maybe they saw Cats. It means that however superb she is in the role, Hope Fletcher will have understudies who are likely to be bloody brilliant too, and who--for whatever reason --may just not have had the breaks or accrued the social media following that Hope Fletcher has. This is not to put Hope Fletcher down, but simply to point out she is part of a collaboration.

Cinderella plays eight performances a week and it is likely to do so over a long period of time which means that all the cast will have contracted time off and holidays and sick pay. That’s right and as it should be, but it does mean when you book tickets in advance, perhaps for a special family occasion, you have no means of knowing who will be performing at the show you see.

Covid restrictions aside, the show will go on, but you might not get the cast you expect. What you don’t know is that you may be getting someone less well known who is not yet a star, but could well be a star in the making. So I’d say that while disappointment is understandable what that understudy closely because when they do get the chance to go on they are going to give it everything and that means audiences have everything to gain.