"Dear Lyn, I am a keen theatre-goer, but I’m on a tight budget and that budget is getting tighter as I am worried about my energy bills. So, I can’t afford to shell out my precious cash on shows that might turn out to be turkeys...

...Do you have any suggestions of sure-fire shows which are opening over the next few months?" - Hannah, Peckham Rye

If I could spot a sure fire hit every time, I’d be investing in theatre not writing about it. After all, we’ve already had several apparently hot tickets turn out to be a wee bit underwhelming this year. Nobody ever sets out to make anything other than a great show. But sometimes things just don’t click.

It’s wonderful when an expected hit exceeds all expectations, but some of my most joyous nights in the theatre have come when I have known little in advance or had no expectations, and the show has turned out to be a scorcher.

Of course, what I might think is great is not necessarily what you think constitutes a great show. Taste is a very personal thing. It's why critics are only of any use to you if you follow them on a regular basis so you can see where their aesthetic and interests intersect with your own. So, what you may like and what I like may be very different. After all some people love Punchdrunk’s The Burnt City, and others are still complaining they couldn’t find the show. 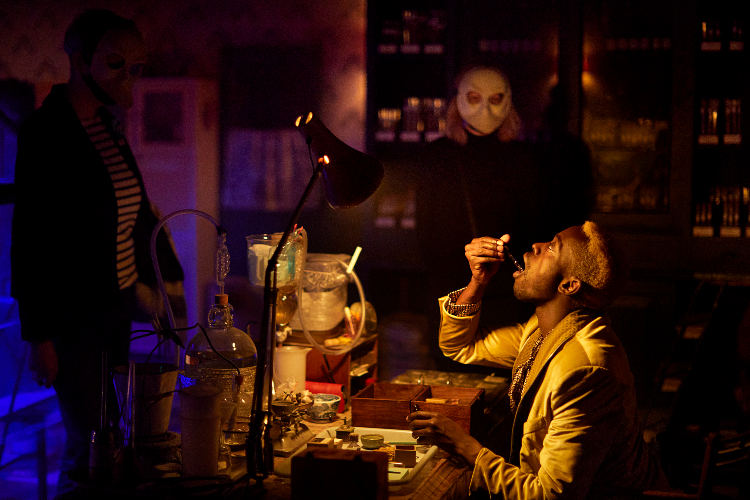 Production image from The Burnt City, photo by Julian Abrams.

Nonetheless I’m going to stick my neck out and suggest a few shows coming up over the coming months that I can’t guarantee you won’t regret, but which are either already tried and tested, or which are unlikely to go badly wrong, or which have an extra factor that adds to the enjoyment of the evening overall.

So, if you are looking for some shows over the coming month, I’d heartily recommend Operation Mincemeat at Riverside Studios. No not the movie, but the low budget, small scale stage musical. It is sly, witty and heartfelt and very, very different. You won’t be paying West End prices either. Also, this month Robert Icke’s production of Animal Farm arrives at Richmond Theatre, the closest it gets to London (at least for the time being). It has had rave reviews out on tour, and Icke always delivers. I wouldn’t turn my nose up at Legally Blonde at the Regent’s Park Open Air Theatre. I’d eat my feet if under Six co-creator and director Lucy Moss, it isn’t loads of fun, and on a warm night (yes I am in the predictive weather forecasting business) the enchantment of the outdoor theatre is a pleasure in itself. Finally, My Fair Lady at the Coliseum is a restaging of the much-acclaimed New York revival of the famed musical and one which deftly deals with the way sexual politics have changed since it was written. The Glass Menagerie at the Duke of York’s should be a good bet: Amy Adams leads a great cast and Jeremy Herrin knows what he’s doing. 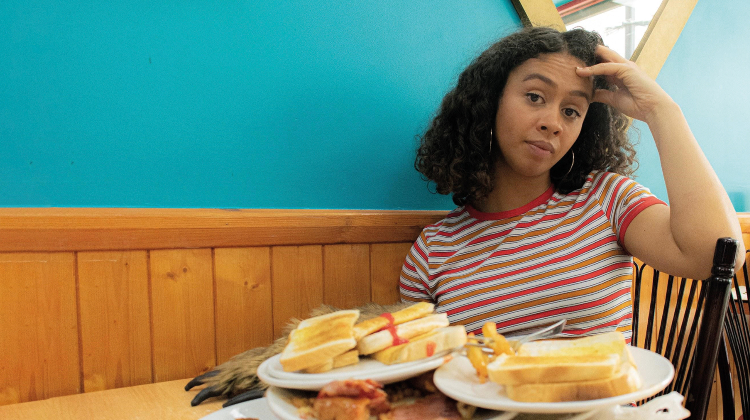 Image from Before I was a Bear.

In June, if you want a show with smart claws and don’t want to shell out too much, I’d highly recommend Eleanor Tindall’s Before I was a Bear, a debut solo of unexpected gorgeousness first seen at the Bunker in 2019. Also in June, Gecko’s The Wedding at the Barbican is a dizzying visual feast exploring the different kinds of contracts we make throughout life. If you are looking for cheaper ticket prices check out the return of Samskara to the Yard Theatre in Hackney Wick, a buzzy and incisive dance theatre piece exploring what it means to be a Black man.

Looking forward to July I can’t guarantee that Jamie Lloyd’s The Seagull with Emilia Clarke won’t disappoint. But the version he is using is excellent and he is such a deft director. Kate Fleetwood—surely born to play Cruella de Ville-- stars in 101 Dalmatians at the Regent’s Park Open Air Theatre. Intriguing too is the revival of Closer at the Lyric Hammersmith, Patrick Marber’s 1990s hit play which gets a radical new staging by Clare Lizzimore. It will be interesting how it comes across when seen through a female eye. RashDash’s Oh Mother at Soho should be both feminist fun and thought provoking too.

Will these all be hits? Without a crystal ball I can’t say, but they are all shows that I’d be very happy to have bagged tickets for in advance. Enjoy.