Artful autobiographies: It's my life and I'll lie if I want to.

“Nothing I have said is factual except the bits that sound like fiction,” declared Clive James in his Unreliable Memoirs.

This week’s theatre feels much the same with a series of shows in which artists excavate their lives, often opening up a fascinating chasm between what is shown and what is actually seen.

The PappyShow’s Boys at New Diorama-- which is having a blistering season--acknowledges the fact that theatre can be unreliable even as its young male cast of colour offer up their lives with the exuberance of puppies and no small physical skill. Bodies occasionally preen and swagger across the stage with spirited competitiveness, but more often they fold into each other with melting tenderness. The stage is awash not with testosterone but something more unexpected: love, sometimes quite prickly, but undeniably love. 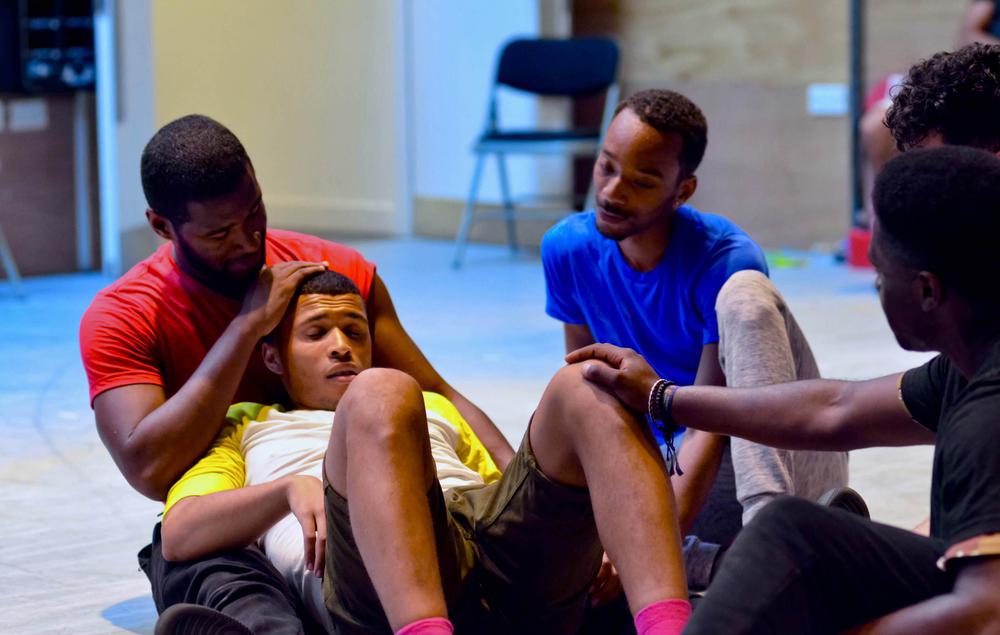 The Company of Boys.

The gap cleverly exploited in Kane Husbands’ production is between the way groups of young men are seen and demonised in the media and the reality of their lives. “So, we thought we’d start with a fight,” declares one of the group, as if pandering to expectations. But actually what we get is something far more interesting: a group of young men forging their identities in the act of creating a show, working out their relationships with each other, and questioning what it really means to be a man through a series of tasks and games. It is disarmingly charming.

It doesn’t ignore the dangers that young black men face — a knife slices into a body; a bandage to stem blood flow starts to look more like a shroud as life ebbs away. But this is also a show in which young men speak to the past — the shoulders of mothers and grandmothers on which they stand — and also to the dreams they have of the future. There is a moment when one of them sings an unaccompanied version of Nina Simone’s Young, Gifted and Black and it is both a defiant anthem and a sorrowful eulogy. 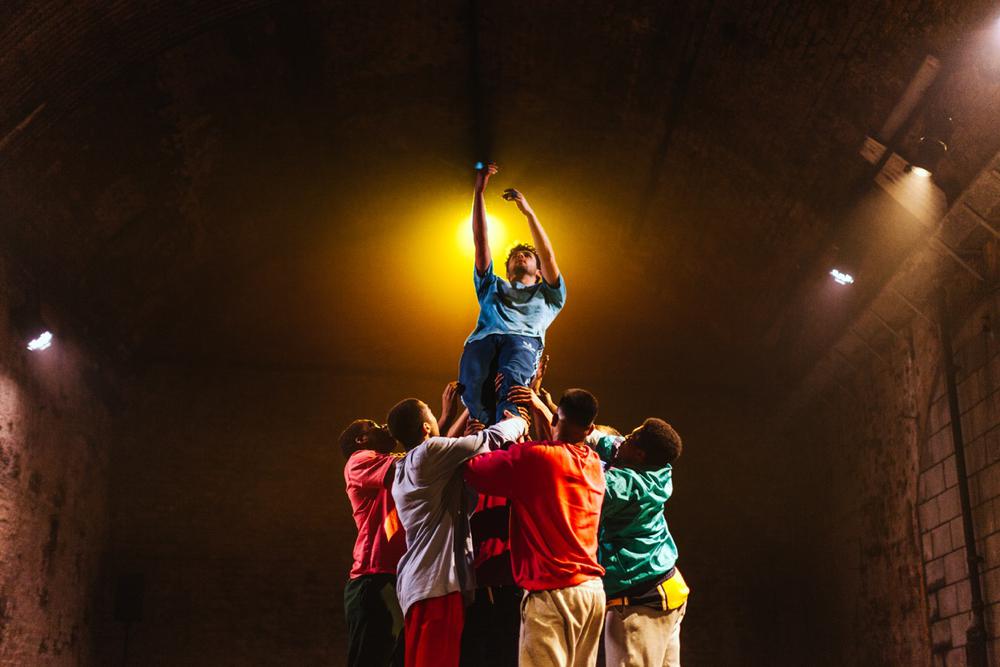 The Company of Boys. Photo by Alessandra Davison.
Wander into Camden People’s Theatre’s auditorium and a number of objects are displayed on plinths as if they are precious artworks in a gallery. There is a battered coffee pot and a far from new bicycle, a necklace and a guitar amongst other items. Each of these objects were given to Haley McGee by ex-boyfriends and now she wants to sell them to pay off her debts. As we enter the auditorium we are asked to write down how much we think each item is worth.

But as with art, does the value of an object change when we know its provenance? Would the item that is associated with true love or first sex be worth more than that given as part of a manipulative or unhappy relationship?

Hayley McGee’s brilliantly entertaining, witty and poignant show is fascinating because it is never quite what it seems. While it uses McGee’s own experience of love — the ex-boyfriends have all been given a chance to have their say, their voices suddenly emanating out of the objects themselves — it is also an animated dissertation on the cost of art in a world where what is valued is that which can be bought and sold. 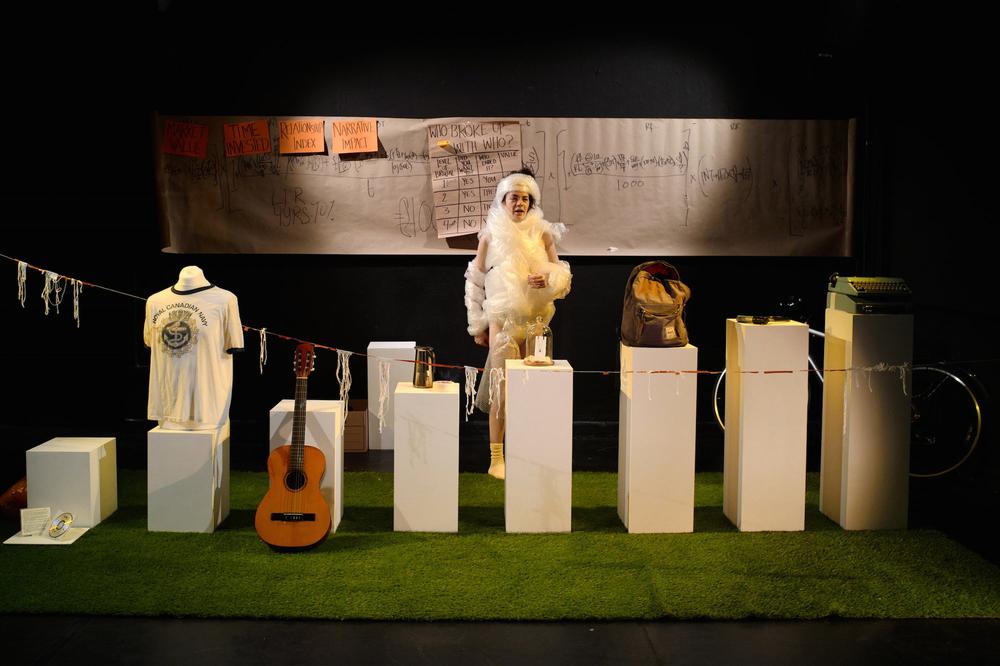 After all it was being an artist that got McGee into debt in the first place. And doing this show isn’t helping.  The Arts Council gave it a grant of £14,000 but it has cost £22,000 so far to produce. This is a piece which is full of numbers and equations. It’s not many shows that have a mathematician on the creative team.

But it is also a show stuffed with regret, which prods and probes why we value things over experience, objects over feelings, and are constantly trying to quantify what something is worth. As the scrawled algebra and equations on the board behind McGee bloom like triffids and she desperately tries to find a formula to calculate the cost of love it becomes apparent that her project is doomed.

There is immense enjoyment to be had in surveying the wreckage.

One of the most vivid memories from my childhood is of being in the back of the car very late at night on a long journey. There was the low murmur of voices from my parents in the front and the sudden flashes of light in the dark from passing lorries in that strange liminal state of being between sleep and consciousness.

That feeling is beautifully evoked in poet Nick Makoha’s The Dark (Ovalhouse) and it comes with added danger in this story hewn from a memory of a late night mini-bus journey across a civil war riven Uganda in 1978.  Like memory itself it is fragmented and impressionistic so sometimes you lose the narrative only to recover it a few minutes later.

But the pleasure here is all in the texture of the piece, the looming sense of peril, and the artful way it suggests who and what is lost when you are forced by circumstances to flee to another country. The sense is that even when you arrive somewhere else — in this case Heathrow airport and the search beam gaze of an immigration officer — that the journey is never over, and you carry the dark with you. 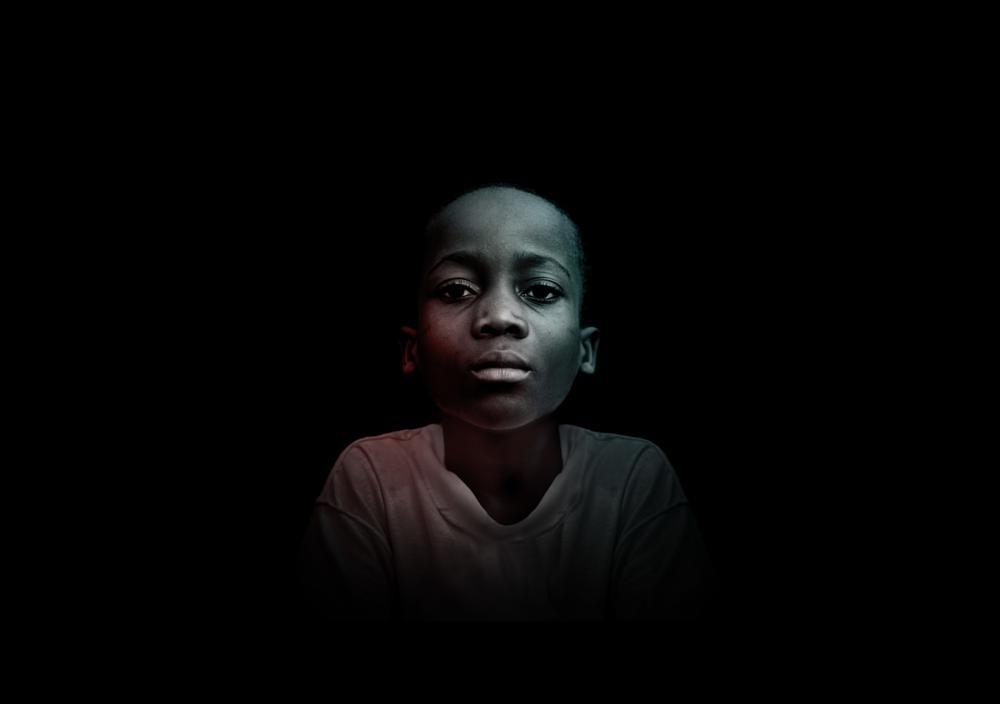 The Dark at Ovalhouse Theatre.

If Boys uses theatre for a group of young men to connect with each other and explore their identities, in Open Clasp’s infinitely touching Don’t Forget the Birds (Battersea Arts Centre) it is the mechanism by which a mother and daughter are emotionally reunited.

Cheryl and Abigail Byron are a real-life mother and daughter from near Newcastle who had a close relationship before Cheryl was sent to serve a two-and -a-half year sentence in jail. But the separation impacted them both badly. But can theatre bring them together again?  You bet it can.

Writer Catrina McHugh’s clever script and director Laura Lindow’s production never try to disguise the fact that the performance is a niftily constructed conceit, but it also gives mother and daughter enough breathing space to just be themselves. It is often in a look, a gesture, a shrug of the shoulders, a salty laugh that they are most revealing, sometimes unintentionally. Every attempt at toughness only reveals underlying fragility.

The impression is that this is that rare show, one which is constantly changing as the act of performing it changes and shapes the women’s on-going relationship. It is a lovely delicate little thing. 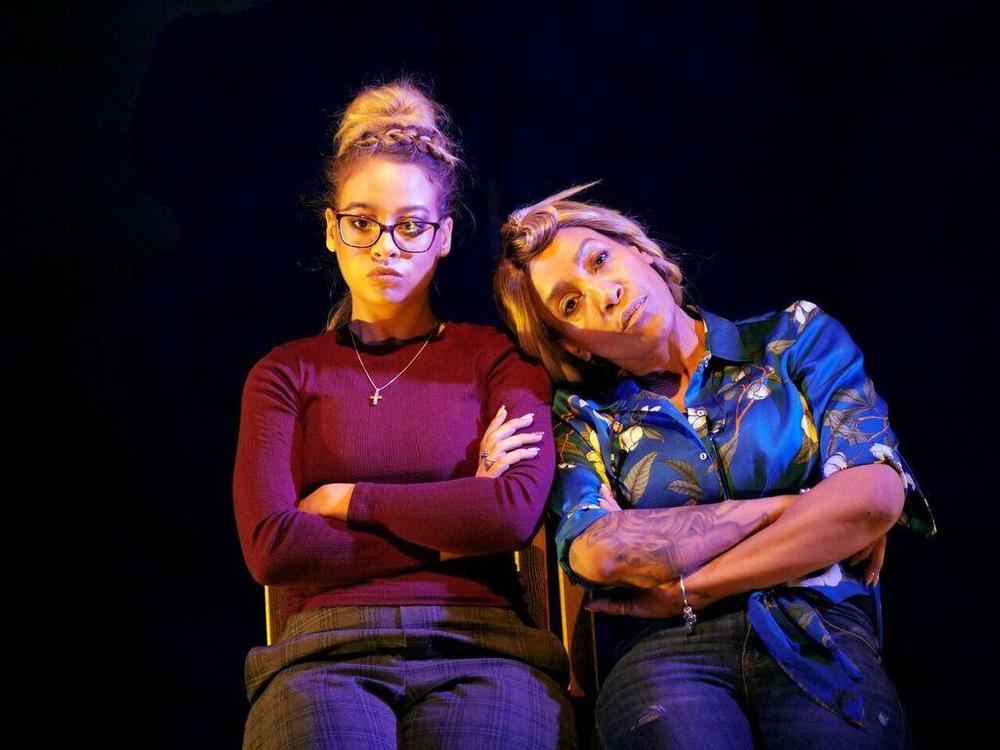 Cheryl and Abigail Byron in Don’t Forget the Birds. Photo by Keith Pattison.