Approaching Empty at the Kiln

Ishy Din's latest play is set in a Northern mini-cab office in the wake of Margaret Thatcher's death.

But Thatcher and her legacy casts a long shadow over the lives of taxi-controller Mansha (Kammy Darweish) and his friend, Raf (Nicholas Khan) who, since both men were laid off by the factory, has gone on to build a business for himself. Like Sweat at the Donmar, this is a play which looks at how everyday lives are blown hither and thither by government policies and shifts in the market. But it doesn't have that play's muscular energy and tightly entwined relationships. You never quite believe in the long-term friendship between the two men. 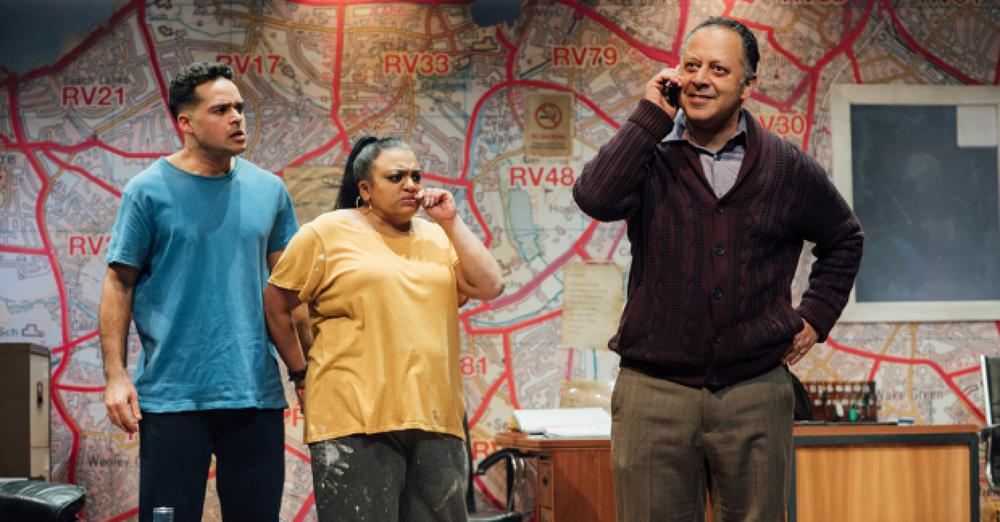 But what it does have in Pooja Ghai's direct, no frills production is a quiet examination of the hopes and dreams of people who have had few opportunities and feel left behind and unnoticed. If the first half is too slow a burn, the second half gets its skates on as desperation breeds more than one personal betrayal. There are plenty of laugh out loud moments, mostly driven by Rina Fatania's terrific performance as female cab driver Sameena, a character who might merely have been there as a comic foil but who develops into something deeper and more desperate.

Tip: you can book tickets for Approaching Empty from £10 on the Stagedoor app